We’ve all experienced some level of trauma in our lives. But how this impacts each person can vary greatly.

“In its broadest sense, trauma can be understood as an event or series of events that overwhelm an individual’s physical, cognitive or emotional resources in a way that is experienced as harmful or life-threatening,” says Priyanka Shokeen, clinical director, psychotherapy and psychological testing at Seattle Anxiety Specialists. “It can make people feel powerless and helpless in their lives, it can make them feel detached from their own bodies.”

She adds that there are different types of traumas a person may experience:

Trauma tends to de-escalate over time for most people. Environmental and personal situations, including people’s resilience, can aid in resolving trauma. However, for people who experience symptoms that negatively impact their daily lives, getting help to cope and recover from a traumatic experience is essential. 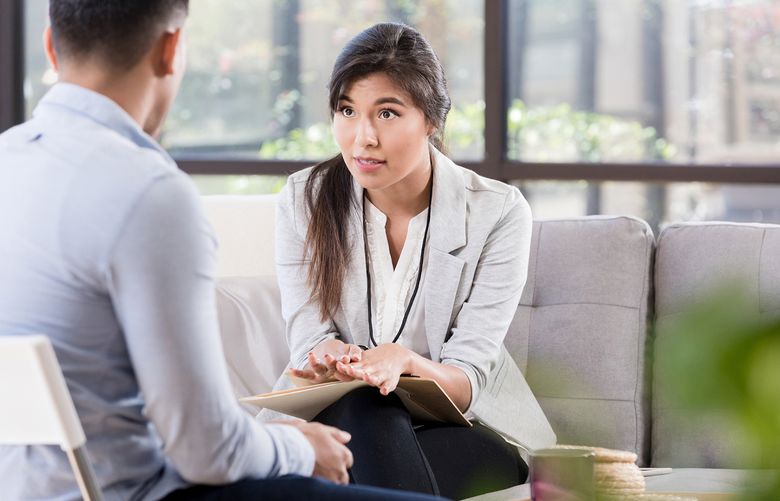 When should you see a psychiatrist?

It’s also important to understand that trauma isn’t limited to a sole instance. A single occurrence can inflict trauma, but “sustained exposure to several stressors” like warfare or ongoing and consistent experiences that require people to deal with racism, sexism, physical or domestic abuse, bullying or harassment can also trigger trauma, Shokeen says.

When it comes to trauma, most people are familiar with post-traumatic stress disorder. Does this mean that PTSD is always the result of a traumatic event?

“Even when people experience the same traumatic event, some develop PTSD and some don’t. We don’t fully understand why. Like many disorders and diseases, PTSD has multiple factors, usually both genetic and environmental, that determine whether someone develops symptoms or not.”

“Timing seems to have a greater effect on whether someone has lasting PTSD,” she adds. “Childhood trauma seems to be most strongly linked to long lasting and severe PTSD in adulthood. Childhood is a time when the brain is still developing and it’s only logical that if something terrible happens while the brain is still forming, important brain connections may not form properly.”

Understanding the impact of childhood trauma is something Liang says “we are still learning the specifics on molecular and cellular levels – it tends to be a more subtle misstep in brain development than autism, for example. Having stable and supportive family environments greatly decreases the risk that trauma exposure will have long-lasting effects on a person’s mental health.”

How trauma affects a person can display in several ways. Some symptoms may be relatively mild, while others can have a big impact on a person’s mental well-being.

“Most people are able to recover from and cope with traumatic events,” Shokeen says. But “one in three people who experience trauma will develop PTSD.”

The expanse of trauma symptoms can “run the gamut from physiological arousal, increased emotional reactivity and numbness to flashbacks, nightmares, avoidance, hyper vigilance, difficulty sleeping and so on,” she says.

Symptoms sometimes present themselves immediately after a traumatic event – think of people who are in a shocked state when they witness a terrible accident or natural disaster. Others may not experience any symptoms for months, or even years after an event.

Since trauma symptoms aren’t uniform, it can be challenging to understand exactly what is happening in the brain, Liang says. And understanding the difference between anxiety a person experiences in certain situations or environments and PTSD gets a little cloudy since each follows a similar pattern and can occur in tandem.

“People experiencing generalized anxiety have long-standing patterns of worrying across multiple situations and circumstances,” Shokeen says. “In comparison, even though generalized anxiety can exist for people with PTSD, their worries and hyper vigilance is usually confined to or derived from a particular event. Think of it as the difference between free-floating anxiety that isn’t attached to an event versus anxiety caused by an event or series of events that have already been experienced.”

“The main treatment for trauma is counseling and support,” she says. “Medications can provide short-term relief, but they shouldn’t be expected to resolve the issue. If someone develops PTSD symptoms, they could benefit from antidepressants, but the medications have limitations.”

“While medications cannot cure PTSD, in certain patients they are valuable tools to help patients engage more meaningfully in therapy,” Liang adds. “For example, if patients aren’t sleeping well because of PTSD-associated nightmares, there are medications for that. Treating the nightmares can help patients increase their bandwidth to fully engage in therapy.”

“The effect of trauma on the brain has been widely documented and it can cause lasting changes in the amygdala, the hippocampus and the prefrontal cortex, areas that play a critical role in stress responses and memory functioning,” Shokeen says. “These changes to the body’s stress response system account for why survivors of trauma have trouble engaging spontaneously with their daily lives and are instead hypervigilant to threats.”

Certain treatments – cognitive processing therapy, eye movement desensitization, reprocessing therapy and prolonged exposure – have been validated as effective forms of treatment. Shokeen is quick to point out that there isn’t a single approach that works for everyone and it can take time for trauma symptoms to abate.

“Trauma is unfortunately an ordinary occurrence with extraordinary consequences for survivors,” she says. “It can fundamentally alter our thought processes, our emotional reactions, our perceptions. Recovery can be slow and differ vastly, but it can be done in a way that allows someone to integrate parts of themselves that felt fragmented. The goal is not to obliterate an awareness of what happened, but to reach a place of safety where emotional and physical distress are addressed and the individual feels capable of making meaning out of their lives post-trauma.”