EAST WENATCHEE, Wash. (AP) — A wildfire in Central Washington has expanded to burn 7,900 acres of land and authorities have called for additional evacuations.

The “Batterman fire” near East Wenatchee started Sunday afternoon and was only 10 percent contained Monday. More local crews are heading to Douglas County to help in the effort, KOMO-TV reported.

Level three, “go now” evacuations have been expanded adding the North Side of Batterman Road to Rock Island Grade. Indian Camp is under level two, “be set,” evacuations, while Palisades is on level one, “get ready” evacuations. 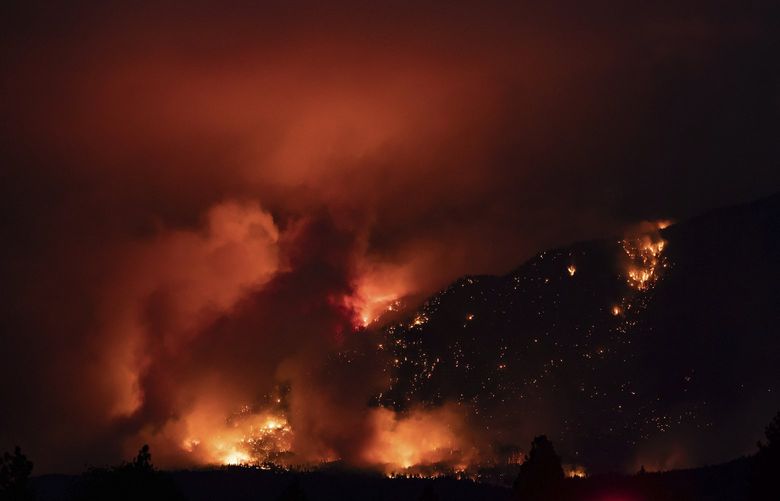 “There are fires that become pretty significant but with all these resources coming in and a quick response from the local agencies and the state, we’re doing as much job as we can keeping them in check,” said Deputy State Fire Marshal Robert Wittenburg.

Meanwhile, a wildfire burning near some homes in the Cheney area was estimated at 300 acres on Tuesday morning, with zero containment.

The fire started Monday and grew quickly because of dry conditions and low humidity, officials said.

About 150 firefighters from numerous agencies were focused Tuesday on structure protection, officials said. There have been no injuries and no structures lost. But a few people were ordered to evacuate their homes.