It’s been more than a month since the winter solstice, the “shortest day of the year” and the time when every day is supposed to have a little more sunlight than the last. We won’t see another sunset before 5 p.m. until November.

Thirty days has September,
April, June and November.
Unless a leap year is its fate,
February has twenty-eight.
All the rest have three days more,
excepting January,
which has six thousand,
one hundred and eighty-four.

If it seems like night still comes early and things haven’t actually changed much, it’s not your imagination.

For one thing, it’s been a gloomy month with more than the usual cloud cover. For another, at our latitude, daylight can seem scarce, and the amount we get doesn’t increase or decrease at a steady pace from one day to the next. Rather, it changes slowly near the solstices in December and June and quickly near the equinoxes in March and September. 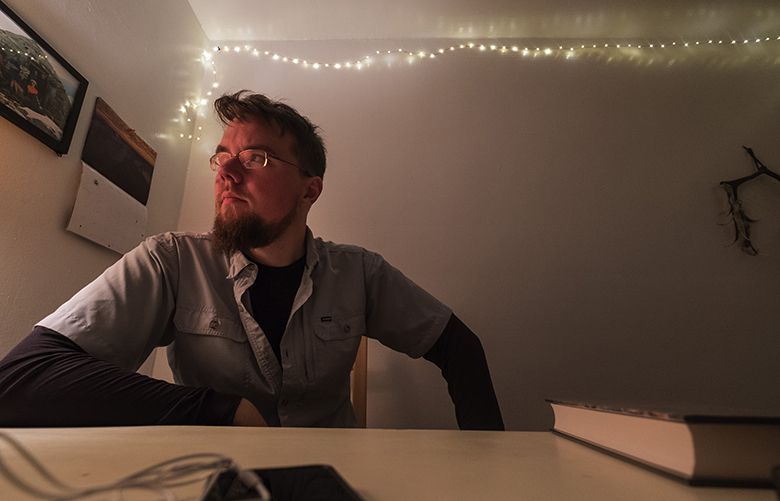 How Seattleites cope with seasonal affective disorder during the dark winters

There’s also the matter of twilight — the time of day when the sun is just below the horizon, before sunrise and after sunset. We experience less and less twilight as we move through January and February. Though it’s only a small change, it can these months feel darker than December does.

“We actually lose about 10 minutes total of twilight (five minutes on each end) between New Year’s and the vernal equinox,” said Justin Shaw, the author of the Seattle Weather Blog. “So, yes, the sun is rising earlier and setting later — but it’s also darker just before it rises and immediately after it sets. Couple that with the fact that sunshine in and of itself is usually in short supply until April, and it’s no wonder the slugfest between now and the vernal equinox can feel just as gloomy as earlier in the winter. It’s like repeating October twice more.”

On Dec. 21, the winter solstice, Seattle has 8.25 daylight hours — about four seconds less daylight than the day before. That day also has one hour and 19 minutes of nautical twilight, according to Time and Date.

Nautical twilight? Yes — this gets more complicated. But stay with us.

There are actually three types of twilight:

Twilight is longer in summer than it is in winter. But the amount of twilight we experience doesn’t change in a straight line from one solstice to the other. Rather, after winter first rolls around, we lose some twilight before we start gaining it back.

On New Year’s Day, Seattle gets eight hours and 31 minutes of daylight — less than one minute more than on New Year’s Eve — and one hour and 18 minutes of nautical twilight.

Toward the end of January, the rate at which we gain daylight starts to pick up. Jan. 28 measured nine hours and 22 minutes — a whole two minutes and 40 seconds longer than Jan. 27 — with twilight down to one hour and 15 minutes.

In other words, we’re suddenly gaining daylight at a much faster pace than we’re losing twilight.

By the end of February, we’ll be gaining an average of three more daylight minutes each day, and twilight will have shrunk to an hour and 11 minutes.

Around the middle of March, however — as we approach the vernal equinox — twilight will begin getting longer again, starting slowly but then picking up speed until the summer solstice, June 21. On that day, we’ll have almost 16 hours of daylight and two hours of nautical twilight.

The literal light at the end of the figurative tunnel is just a few weeks away. That said, Seattle weather could still put a damper on things.

“Although the days are getting longer, February and March are typically still quite damp and cloudy — and therefore, gloomy,” Shaw said. “Both months average around 3.5 inches of rain, which is actually about the same amount of rain as we see in October — the month that traditionally marks our descent into the rainy season. Just as October doesn’t conjure up images of sunshine, lollipops and rainbows for seasoned Northwesterners, nor do February and March.”