Smoke brought the air quality in downtown and North Seattle to unhealthy levels Wednesday, according to the Puget Sound Clean Air Agency.

Wind sent a plume of smoke from the Bolt Creek fire near Skykomish west to Everett and then south into North Seattle and downtown, the agency said.

Seattle even had the dubious distinction for a few hours of having the worst air quality in the world, according to the World Air Quality Index.

Air quality is listed as unhealthy for sensitive groups in some parts of Pierce and Snohomish counties as well, though it was reported to be good throughout Kitsap County, according to the clean air agency. 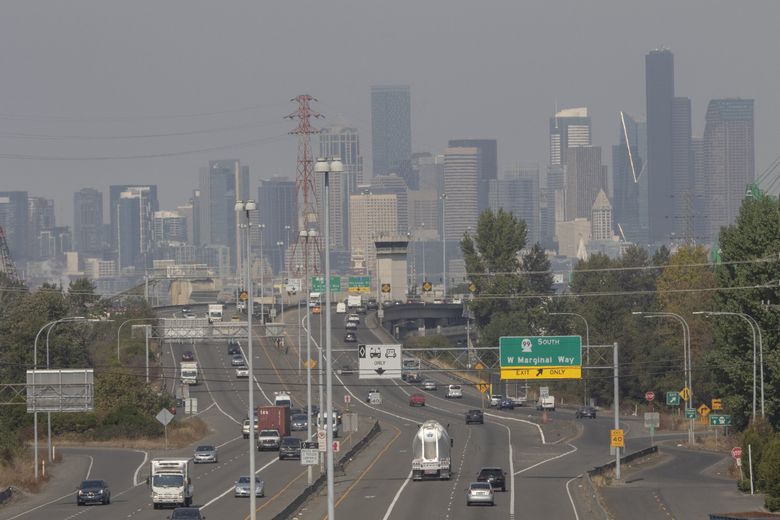 Why air quality may look fine on your phone, despite smoke in Seattle

For several hours on Wednesday, the air quality index in Seattle was 163, the worst air in the world ahead of Dubai and Beijing, according to the World Air Quality Index. By 2:30 p.m., the index for Seattle had dropped to 93 and Seattle was 12th in the city rankings.

Most of the smoke is expected to clear out by Thursday thanks to strengthening winds from the west, according to the National Weather Service Seattle and the Puget Sound Clean Air Agency.