Two Seattleites — an infectious disease scientist and a poet — have been selected as recipients of this year’s MacArthur Fellowship, receiving hundreds of thousands of dollars to chase their creative and intellectual goals, the foundation announced Tuesday.

Trevor Bedford, who studies infectious diseases at the Fred Hutchinson Cancer Research Center, and Don Mee Choi, a poet, translator and instructor at Renton Technical College, are among 25 recipients who will receive $625,000 each from the John D. and Catherine T. MacArthur Foundation.

“As we emerge from the shadows of the past two years, this class of 25 Fellows helps us reimagine what’s possible,” Cecilia Conrad, managing director of the MacArthur Fellows, said in a statement. “They demonstrate that creativity has no boundaries.” 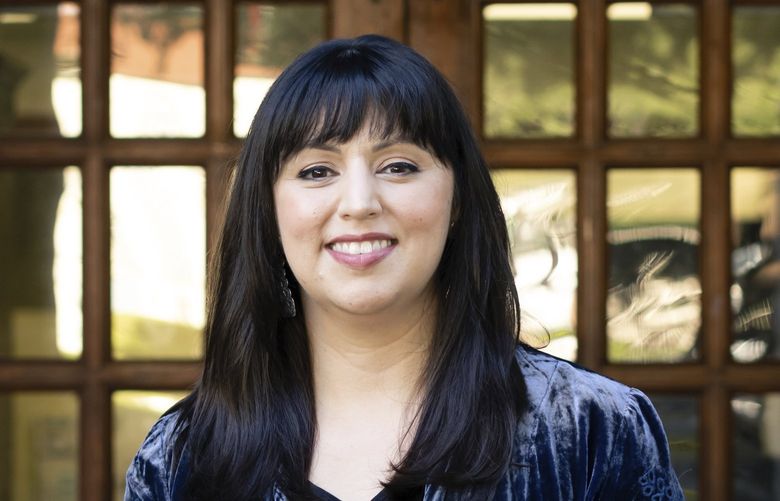 The fellowship, also known as the MacArthur “genius grant,” has awarded “future generations of changemakers” with funding since 1981, the foundation said. This year, the foundation is honoring artists, journalists, scientists, historians, activists and authors who might offer insights on “major societal issues,” the foundation said, including immigration, racial and social equity, and prison reform.

Bedford, who became well-known in the Seattle area early in the pandemic for detecting the coronavirus outbreak locally, was recognized by the foundation for his public health contributions, specifically developing tools for real-time tracking of SARS-CoV-2 evolution.

“I’m immensely honored and moved to receive this recognition from the MacArthur Foundation,” Bedford said in a statement. “It’s been a trying and tragic 20 months for the world, but the scientific response to the pandemic has been unparalleled. I’m proud to have been able to play a role.”

He joined “The Hutch” in 2013 and has since focused on using statistical methods to study the spread of viruses, including influenza, Ebola and Zika. He also codeveloped open-source platform Nextstrain to provide updated analyses of viral phylogenetics, or virus “family trees.”

He’s long been analyzing outbreaks and developing surveillance networks, such as the Seattle Flu Study, an effort led by the Brotman Baty Institute for Precision Medicine, UW Medicine, The Hutch and Seattle Children’s.

Throughout the pandemic, Bedford has worked with public health departments in not only Washington but also Florida, California, Utah, Minnesota and Michigan, as well as the U.S. Centers for Disease Control and Prevention and the National Institutes of Health. He also helped the European Centre for Disease Prevention and Control and the World Health Organization in interpreting SARS-CoV-2 genomic data.

Bedford was also recently named a Howard Hughes Medical Institute Investigator, a prestigious honor in biomedical research. Through that program, he’ll receive about $9 million over seven years to chase his “wildest scientific ideas,” the institute has said.

Choi was recognized for her poetry and essays on the effects of military violence and U.S. imperial legacies on the Korean peninsula. In her work, she uses a mixed-media approach where she intersperses text with handwritten documents, maps, drawings and photos her father took while covering war zones and uprisings in Korea and Vietnam as a photojournalist, the MacArthur Foundation said.

Throughout her writing, she details the challenges of using English, “the language of dominant global power, to convey the experiences of those subjected to that power” and explores themes of dislocation, identity, trauma and memory.

In one of her most recent books, “DMZ Colony” published last year, she writes about her return to Korea, highlighting survivors of the Korean War, including eight orphaned girls who lived through the Sancheong-Hamyang massacre of 1951.

“I’m still very overwhelmed and in disbelief,” Choi said in an email. “I don’t have any concrete plans yet. I am hoping that the grant will allow myself time and freedom to do more of my own creative work.”

She’s also worked with the state Department of Social and Health Services, Goodwill and other community organizations to serve students in the Seattle area, according to a statement from Renton Technical College. Recently, Choi has focused on developing and implementing the school’s high school completion program for adults.

Choi received her bachelor’s and master’s degrees from the California Institute of Arts and has been an instructor in the College and Career Pathways high school completion program at Renton Technical College since 2004.