Ferry riders who commute between Bremerton and Seattle will soon get additional weekday service, after researchers found no harmful environmental impacts to beaches from extra sailings.

Starting Feb. 24, Kitsap Transit will operate a two-boat schedule on its Bremerton-Seattle Fast Ferry service, allowing the agency to offer 120 sailings per week — or 24 sailings each weekday — during peak commute hours.

Between May and September, Kitsap will operate 140 one-way trips per week, including 20 Saturday sailings.

Since launching in 2017, the foot-passenger ferry service has operated 80 one-way trips per week during the winter months and 20 additional trips on Saturdays during the summer. 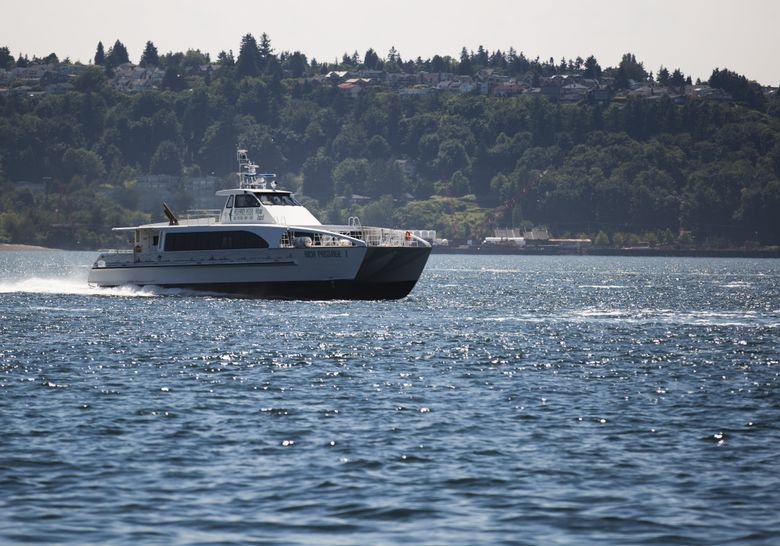 Each vessel has the capacity for 118 passengers.

The second boat will be filled on a walk-up basis only and won’t accept reservations, according to the agency. Passengers may continue making reservations on existing service times.

“With the addition of more capacity to the route, we are giving customers the ability to use our service without having to book ahead,” John Clauson, executive director of Kitsap Transit, said in a news release.

Kitsap County voters in 2016 approved a 0.3% sales tax to pay for fast-ferry operations. The agency also issued about $45 million in bonds in 2017 to finance the cost of acquiring vessels for its fast-ferry service.

Together, that provides the money for boats and crew to support a two-boat schedule.

Kitsap’s Fast Ferry makes trips between Bremerton and downtown Seattle in about 28 minutes, compared to about an hour on a state ferry.

Ridership on the Bremerton-Seattle fast-ferry route grew 7%, to about 300,000 passengers, from 2018 to 2019, according to data provided by the county. Washington State Ferries’ Seattle-Bremerton route recorded a 15% drop in 2019.

Additional Fast Ferry service had been planned since the route first launched if wakes from the vessels showed no harmful impacts to the beaches of Rich Passage — the narrow strait that ferries travel between the south end of Bainbridge Island and the Kitsap Peninsula.

Researchers last fall tested the environmental effects of operating a two-boat schedule on the beaches and beach volume. After four weeks of data collection, they found no meaningful impacts from the additional trips but will continue to monitor for the foreseeable future.

Washington State Ferries ended its passenger-only ferry service between Seattle and Bremerton that ran throughout the 1990s after Rich Passage property owners sued the state, alleging the ferries’ wakes were eroding their beaches and damaging bulkheads.

Kitsap Transit used grant money to research the wake-wash impacts from various kinds of vessels that led to the design of a high-speed, low-wake vessel.

Correction: A previous version of this story misstated the rate of sales tax that Kitsap voters approved in 2016. It is 0.3%, not 1%.