A contentious bill that passed the state Senate could transform Washington’s police oversight agency from an anemic watchdog into a formidable instrument for police accountability.

While other reform efforts in Olympia focus on high-profile police tactics, such as prohibiting chokeholds and neck restraints, this bill takes aim at a more obscure but powerful aspect of police policy: decertification.

Under the bill, SB 5051, the Washington state Criminal Justice Training Commission (CJTC) would greatly expand its capability to investigate police misconduct and revoke or suspend a police officer’s license. It represents a fundamental shift toward state oversight of misconduct cases against local police officers.

The state agency’s ability to decertify — to take away a troubled officer’s gun and badge for good — has been hamstrung for years, a Seattle Times investigation last year found. The circumstances for decertification are so narrow, and the agency’s enforcement arm so understaffed, that the state hardly ever takes action. Washington has never decertified an officer for using excessive force.

Instead, officers with long histories of misconduct have been able to move from department to department. 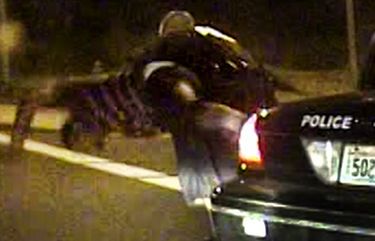 Sponsored by Sen. Jamie Pedersen, D-Seattle, chair of the Senate Law and Justice Committee, SB 5051 is one of a slew of police-accountability measures pending in the Legislature, spurred by a year of national protests against police brutality and racial injustice.

Pedersen, before the vote, said the bill is meant “to restore public confidence that members of our law enforcement and correctional officer professions, who are given the power of a badge and a gun to enforce the law, are appropriately exercising those powers.”

After a debate that stretched late into Thursday night, the Democratic-controlled Senate passed the bill by a mostly party-line vote of 26 to 19, with four senators absent or excused. One Democrat, Sen. Tim Sheldon of Potlatch, opposed the measure. It now heads to the state House.

The bill would overhaul the state’s decertification law, which hasn’t been significantly changed since it was passed in 2001. It would roughly double the number of reasons for an officer to lose certification, adding to the list use of force that violates law or policy.

It would allow the CJTC to add investigators, expanding its capacity to pursue additional cases, including against corrections officers, and would empower the commission to suspend an officer for misconduct. Today its only recourse is to revoke an officer’s license or dismiss a misconduct allegation.

In another major shift, the bill would give the majority of seats on panels that hear misconduct cases to civilians and others unaffiliated with law enforcement. A similar change would shake up the board of the CJTC. The bill would also allow the public to file complaints against officers with the state, instead of just with local law enforcement.

Lastly, it would give the CJTC authority to initiate decertification proceedings against an officer, without waiting for a local sheriff or chief to mete out discipline. Under the current law, the state has to wait — often for years — until an officer is fired for misconduct and exhausts all appeals before initiating decertification, allowing problem officers to quietly slip away or remain on the job.

Opponents say the changes would give the state too much control over local police decisions, and that chiefs and sheriffs are in a better position to judge officers’ conduct.

“When you consolidate total power in one agency,” Sen. Jeff Holy, R-Cheney, a former veteran Spokane police officer, said earlier in the week, “they become everything from the policy setters all the way through the executioners.”

Annalesa Thomas’ son Leonard was shot and killed by a SWAT team sniper during a 2013 standoff in Fife, in front of his then-4-year-old son. A jury awarded her family more than $15 million after a federal civil rights trial, one of the largest verdicts in a police deadly force case in state history.

But the officers blamed for the killing are still on the job.

“We were very naive about what happened to a police officer if they acted egregiously, or outside of the law,” Thomas said. “Their actions get to continue because they’re unchecked.”

Thomas is a member of the Washington Coalition for Police Accountability, a group of families affected by police violence. After the killing of George Floyd by Minneapolis police last year, and the subsequent nationwide protests, the group has been advocating for reforms in Olympia. Multiple family members testified in support of SB 5051.

If the law had been in effect at the time of Leonard Thomas’ shooting, the CJTC could have taken action against some of the officers. The federal jury singled out three of them for punitive damages, finding their actions were particularly egregious and led to Thomas’ unnecessary death.

But the Lakewood Police Department didn’t fire the officers (it later promoted one to police chief) so the state’s hands were tied. Changes to the law would allow the CJTC to take action independently of the local agency.

Advocates for the bill say statewide standardization of discipline is important because local agencies have handled troubled officers inconsistently.

“It’s particularly important for the smaller communities where the families have been struggling for accountability,” said Anne Levinson, a former Seattle police oversight official and municipal court judge who helped draft the bill.

Nick Hogan, a former officer in Tukwila and Snoqualmie, was able to bounce from department to department after a series of use-of-force episodes, including two against Black men that an assistant chief called “brutal.” He was never decertified by the CJTC for those incidents, but agreed to not be a police officer for 15 years after pleading guilty to a misdemeanor.

One provision in the bill would allow the CJTC to decertify an officer who “engaged in a pattern of acts showing an intentional or reckless disregard for the rights of others.” Another would require that local agencies report when they learn any officer was charged with a crime, or used force that caused death or serious injury.

This isn’t the first time the Legislature has considered changing the decertification system. A 2014 bill, which would have expanded reasons for decertification, died in committee after union opposition.

In recent years, an average of about 100 Washington officers a year have been fired, and more than 40 a year have had violations serious enough that their own supervisors flagged them for decertification, the Times investigation found. Of those, just 13 a year on average lost their credential.

Unions representing chiefs and sheriffs, along with rank-and-file police, oppose SB 5051. They contend it shifts too much power to members of the public and others who wouldn’t be able to properly evaluate an officer’s actions.

“We don’t want bad police officers working more than anyone else does,” said Mark Brinkman, vice president of the Washington Council of Police and Sheriffs. “We’re concerned about the makeup of the commission, and having non-law-enforcement representatives making technical decisions.”

Police unions also oppose allowing the CJTC to suspend officers for misconduct, and said it could have unintended consequences. An amendment passed Thursday addressed some of those concerns, by prohibiting a police department from taking away health or pension benefits because the CJTC suspended an officer.

“We feel [suspensions] are better handled by the employer,” Brinkman said. “There are a lot of great relationships that unions have with management … that make sure discipline is fair and if there’s a bad apple we have to deal with that.”

Police unions appear to have little support from other labor groups on this particular bill.

A lobbyist for SEIU Healthcare 1199, which represents nurses and other health care workers, testified in support of the bill during a committee hearing. Representatives from the Teamsters and the Washington Federation of State Employees likewise did not oppose SB 5051.

Among strongest laws in the nation

If SB 5051 becomes law, it would make Washington’s decertification system one of the strongest in the nation, said Roger Goldman, an emeritus law professor at St. Louis University. Other states in recent years passed a variety of reforms, but Washington’s new system would incorporate many of them into one package.

Besides the changes to the commission and reasons for decertification, the bill would beef up the state’s required police background checks, including a review for any extremist affiliations. It would also require the CJTC to maintain a public database for each officer investigated for decertification, with detailed records, for 30 years after a final disposition — far longer than the current record-keeping.

The additional responsibilities would require the 58-person agency to hire 13 employees, and overall would cost $6.6 million for the 2021-23 biennial budget.

“It’s a much more significant oversight role for the state than what has existed in the past,” said Levinson, the former Seattle police oversight official. “They have had theoretical responsibility for this, but the investment has never been made.”