Washington education officials have launched an investigation into the state’s largest network of privately run schools for students with disabilities, following a series of stories by The Seattle Times and ProPublica that documented poor conditions at the schools, the state disclosed Thursday.

The investigation was revealed in a seven-page letter from the state Office of Superintendent of Public Instruction on the same day lawmakers considered a sweeping reform bill that would give the state greater oversight of the publicly funded system of private special education schools, known as “nonpublic agencies.”

“We have to figure out, as a state and as a Legislature, how it is that we protect and make sure our children are getting the services and supports they need,” said Sen. Claire Wilson, D-Auburn, vice chair of the Senate education committee and the bill’s prime sponsor.

Both the investigation and the bill came in response to the news organizations’ stories on the Northwest School of Innovative Learning, a program serving students with complex developmental and behavioral disabilities. Owned by Fairfax Hospital, the largest private psychiatric facility in Washington, Northwest SOIL serves the most public school students in the system and only accepts students whose tuition is paid for by taxpayers.

The Times and ProPublica investigation found years of complaints by school districts and parents, including allegations of abuse, overuse of isolation rooms to manage student behavior and unqualified aides instead of certified special education teachers leading classrooms. 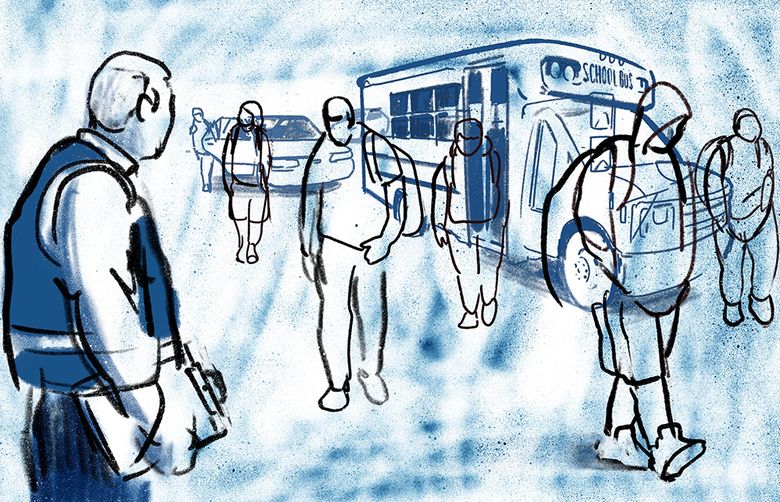 Police investigated allegations that one teacher placed a 13-year-old boy in a chokehold. And former staffers, including the school’s top administrator, said they felt pressured by Fairfax and its parent company, Universal Health Services, to skimp on staffing and basic resources and to enroll more students than the staff could handle.

It’s rare for the state to investigate the operations at nonpublic agencies, and in the letter, OSPI called out its authority to suspend or revoke a school’s approval. In the case of Northwest SOIL, a revocation could effectively shut down the school.

Tania May, assistant superintendent for special education at OSPI, sent Fairfax CEO Christopher West the letter earlier this month requesting detailed information about Northwest SOIL’s three campuses from 2019 to present. She followed up this week, setting deadlines in February and March for responses.

“Given the serious nature of the allegations made in the articles, OSPI is examining what, if any, actions need to be taken with respect to Northwest SOIL’s approval to contract with Washington school districts,” May wrote.

Northwest SOIL’s three locations in Redmond, Tacoma and Tumwater are among 89 nonpublic agency campuses approved by the state. The programs provide an alternative for school districts who can’t meet the needs of special education students. Roughly 500 Washington students are sent, at public expense, to the nonpublic agency campuses, which include residential schools scattered throughout the country.

As part of the wide-ranging inquiry, the state demanded records of allegations of “mistreatment, maltreatment, abuse or neglect” by school staff against students as well as calls to law enforcement and restraint and isolation documents. The inquiry is also seeking documents and data relating to staff qualifications and student-to-teacher ratios.

West did not respond to a request for comment Thursday. Fairfax Hospital previously defended the program in a statement to The Times and ProPublica, saying that “use of restraints and seclusions are always used as a last response when a student is at imminent risk of hurting themselves or others.” The company added, “We strongly deny any allegation that we understaff and/or pressure staff to increase admissions in order to maximize profits.”

May’s letter said The Times and ProPublica stories described allegations against staff that were “previously unknown” to OSPI and other agencies, including police, Child Protective Services and local school districts. The state told Northwest SOIL to “explain why such allegations were not reported.”

“It is so important that OSPI is taking an urgent and active step to thoroughly investigate the concerns at NWSOIL,” Karen Pillar, director of policy and advocacy at TeamChild, an education rights group, said in an email. “Collecting data is a great first step, but there needs to be simultaneous action to make sure the students attending every day are receiving the support and educational services required by law and designed to keep them safe and learning.”

In Olympia on Thursday, state lawmakers took public testimony on a bill, SB 5315, that would require OSPI to publish a wide range of data — from test scores and graduation rates to incidents of restraint or isolation — for Northwest SOIL and other nonpublic agencies. It would also require the state to develop standards for investigating nonpublic agency contracts.

Unlike with public schools, the state does not track academic progress, restraint and isolation patterns or disciplinary actions at nonpublic agencies, making it difficult for parents of disabled children to vet the programs. Instead, the schools are overseen piecemeal by individual school districts, who are required to monitor the progress of only their students.

“The quality is all over the board and the education information about them is all over the board,” Ramona Hattendorf, director of advocacy for the Arc of King County, a disability rights group, said at the hearing. “I really want to emphasize how critical it is for families to have information about these agencies and faith in their ability to provide the promised and needed support.”

The Times and ProPublica stitched together a troubling picture of Northwest SOIL by filing 80 public records requests and speaking with 26 current and former staffers.

The proposed legislation would also require OSPI and at least one school district that sends children to the program to visit each nonpublic agency before approving its contract — a significant increase in state oversight. As it stands, state law gives OSPI the option of visiting each school, but it’s not required. Also, every nonpublic agency would be inspected by the state or a school district annually. Current law requires a district inspection once every three years.

The legislation would standardize district agreements with nonpublic agencies, including requiring a description of financial safeguards “to ensure that funds are used to provide special education services to students.”

But the bill received pushback from representatives of some nonpublic agency schools, who said they were unfairly being lumped together with more troubled programs. Though all nonpublic agencies are approved by OSPI, some are also approved as private schools by the state Board of Education and say they face additional regulations. Others, such as Northwest SOIL, which is run by a hospital, aren’t accredited private schools.

“They call themselves schools, but they do not go through the rigorous approval or accreditation process we did,” said Melodee Loshbaugh, the founder of Brock’s Academy in Woodinville. “We feel like it’s overreach to even suggest that we are not doing a good job with our documentation.”

Committee members said they were open to modifying the bill to distinguish between different types of nonpublic agencies.