This article was produced in partnership with ProPublica’s Local Reporting Network.

State lawmakers and school safety advocates, startled by a Seattle Times story that detailed how toxic chemicals festered in a Monroe school for nearly a decade, say they want to strengthen state laws on environmental hazards in schools.

“I was absolutely shocked,” said Laurie Valeriano, executive director of Toxic-Free Future, a nonprofit that advocates for improving environmental health, including at Washington’s public schools. “It should have been dealt with urgently and effectively. No ifs, ands or buts.”

More than 200 students, teachers and parents at Sky Valley Education Center, a public K-12 school, allege in a series of lawsuits that exposure to toxic chemicals on campus caused cancer, hormonal problems and brain damage, among other illnesses. Despite years of complaints, officials were slow to act as conditions worsened, The Seattle Times reported. 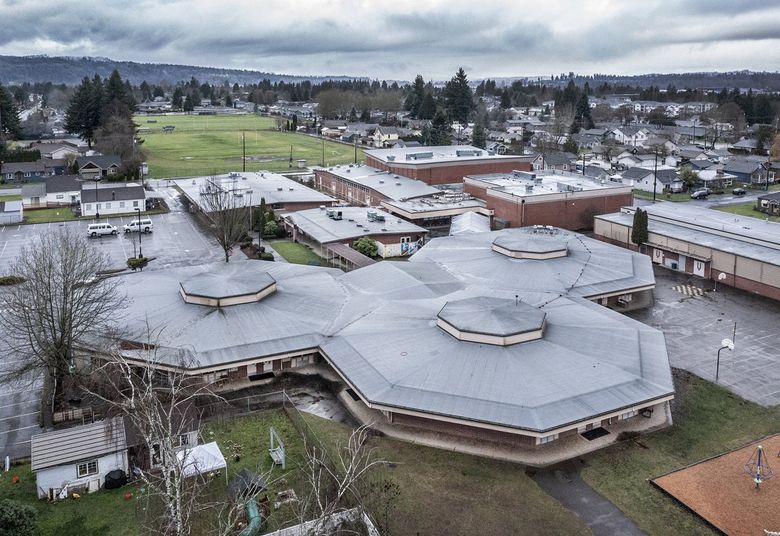 A main concern: toxic polychlorinated biphenyls, or PCBs. The Environmental Protection Agency banned the manufacturing of PCBs in 1979 and labels the chemical a probable cancer-causing substance.

“There needs to be a hammer, something that forces the school districts to take action or they simply will not do what’s needed,” Valeriano said.

Pollet, who pushed legislation on lead testing in school drinking water, said it is too late to introduce a bill in this legislative session, which is scheduled to end March 10, but he aims to talk with fellow lawmakers and propose bills in the future.

“There is a bizarre disconnect between our insisting that the cleanup of a local gas station, dry cleaner or waterway not expose children to risks above key standards which we are not applying to schools,” Pollet said.

Pollet wants to mandate PCB testing in schools and enforce a timeline for remediation. He also called for proactively removing PCB-containing light fixtures and caulking from campuses, a key source of exposure for the students and staff in Monroe.

The state needs to prioritize renovating and replacing aging buildings, which are more likely to contain toxic chemicals, poor ventilation and other problems, Wellman said.

“This needs to be a bigger picture discussion, getting new school buildings where they’re needed,” she said, adding that the state needs to assess its schools and flag campuses potentially exposing people to PCBs . “These are buildings that are statistically more likely to make people sick.”

The Sky Valley ordeal unfolded in a series of lawsuits, producing some of the highest jury awards against chemical giant Monsanto, the manufacturer of PCBs. Two lawsuits yielded $247 million in jury awards, while at least 17 others await trial.

German pharmaceutical company Bayer, which in 2018 acquired Monsanto, denied the allegations both in the lawsuit and in a statement. The company plans to appeal the jury verdicts.

Years of health inspections revealed that school officials knew about the presence of hazardous PCBs as early as 2014. Inspections also flagged poor ventilation and other indoor air quality problems. But officials responded slowly as concentrations of PCBs increased — and health complaints mounted, The Times reported.

Without a legal requirement to act on certain environmental hazards on school campuses, the Monroe School District hasn’t faced penalties from regulators.

School officials declined to comment on conditions at Sky Valley, citing the proposed settlement with Sky Valley plaintiffs, the details of which won’t be made public unless all parties agree.

In a statement Friday, the Monroe School District said it supports testing and remediation in schools and guidance from the state on these issues, adding that these efforts are “more effective when the Legislature also provides funding for these purposes.”

That gap in demanding school cleanups can only be addressed by state lawmakers. Washington law bars the state Board of Health — responsible for maintaining safe conditions on campuses — from adopting rules relating to school buildings without the approval of the Legislature.

The bureaucratic delay hampers the board’s ability to take swift action on environmental safety hazards, Pollet said. He aims to remove that hurdle.

“I’m glad it’s being highlighted and that people are feeling comfortable coming out and saying that what’s happening is just not sufficient,” Nobles said.

The Department of Ecology requested to survey PCBs in public schools in 2015, calling potential exposures “especially concerning.” But it took six years to secure legislative funding for the survey, and the department only started surveying school districts last summer.

Without mandatory testing or a statewide survey, it’s unclear how many older campuses could be exposing students and staff to toxic chemicals. And without a survey, it’s unclear how much it would cost to remove PCBs from Washington’s approximately 9,000 school buildings. A decade ago, New York City estimated it would cost just under $1 million per school to remove PCB-laden material.

Wellman acknowledged it would be costly to renovate or replace schools and enforce cleanups, but added that finding money to support school districts in cleanup efforts would be a priority.

It cost the Monroe School District more than $1.6 million over eight years to test the campus for PCBs, remove and replace lights and clean the campus. The EPA, which stepped in to force school officials to take aggressive action, warned the district in 2020 that the campus still contained PCB-laden lights and other hazards — even after Monroe Schools certified in writing that it had cleared the material. The school remains open, although remediation efforts continue.

In the past, groups have fought bills aimed at forcing school districts to take action on certain toxic exposures, including lead in drinking water. They argued it would be too expensive and some school districts would be financially hamstrung by such a law.

Monroe Schools said in its statement that, though funding is always a factor in district decisions, cost was not the sole consideration for testing and remediation choices at Sky Valley.

In a letter to Sky Valley parents and staff this week which referred to The Times’ story, Monroe school officials said the district had “endeavored in good faith” to remove PCBs from the campus.

Samples taken in August found negligible levels of the chemical in two areas of the campus, district records show. Officials continue to work with the EPA to clear the campus of toxicants, said the letter, provided by school officials. “The safety and well-being of our students and staff continues to be our number one priority,” the letter reads.

“But we can’t just pass that health cost on to teachers and students,” said Valeriano, of Toxic-Free Future. “I think it’s time we prioritize what’s important.”

Tips are the lifeblood of investigative reporting. Good tips are clear, specific, have documents or evidence to back them up and involve a problem with real-world consequences. We accept tips by several methods, including through secure encrypted email, text and phone calls, as well as mail, so a reporter can follow up with you.
Lulu Ramadan: 206-464-2331 or lramadan@seattletimes.com; Lulu Ramadan is an investigative reporter at The Seattle Times and a distinguished fellow with ProPublica's Local Reporting Network.
View Comments
Posting comments is now limited to subscribers only. View subscription offers here. For more information, visit our FAQ's.