Josh Harris, who has emerged as one of the most fierce defenders of law enforcement during a series of scandals, has entered the Pierce County Council race.

Harris, 47, is running as a pro-law enforcement candidate and says the groups calling for reforms are fixated on “racial problems that don’t exist.”

Harris, who owns Tacoma-based Integrity Construction, inserted himself into two of Pierce County’s most controversial ongoing law enforcement sagas. He posted a $300,000 bond to get three Tacoma police officers charged with killing Manuel Ellis out of jail while they await trial. And he intervened in a criminal investigation on behalf of Pierce County Sheriff Ed Troyer, who has been charged with making a false report.

Despite his campaign’s emphasis on law and order, Harris brings his own criminal background to the race.

From November 2001 through April 2002, Harris altered 17 checks paid to him by a Tacoma nightclub for maintenance work “to substantially increase the amount of the check” by more than $24,000, according to court records.

When Tacoma police questioned Harris, he initially denied it but ultimately admitted to the crime and pleaded guilty to two counts of theft, one a felony and one a misdemeanor, according to court records. This week, he said he felt justified altering the checks, believing he was underpaid for the work.

“I openly admitted I took the checks to pay myself back,” Harris said in a phone interview. “I’m not embarrassed of it. I did no jail time. I did no prison time.”

He was sentenced to 30 days in jail that he was allowed to serve as in-home detention, 240 hours of community service and 12 months of supervision. Harris was five days away from completing his home detention when his ankle bracelet set off an alert.

An agent for the home detention monitoring service confirmed the cut-off ankle monitor was discovered in Harris’ room, and he was nowhere to be found. But there were no further consequences in his criminal case, according to court records.

In 2007, he reported a pair of jet skis and their trailer stolen and received an insurance settlement worth more than $15,000. More than a year later, a Pierce County sheriff’s deputy on patrol on Fox Island spotted the jet skis, abandoned in a field. The property owner said they belonged to a relative, Harris, who had stored them there around the time they were reported stolen.

Harris told deputies he had discovered his stolen property by chance in an industrial park parking lot in February 2007, a month after he reported them stolen, and stored them with a relative, according to court records. He cashed four insurance checks in March, April and June 2007, but failed to report the recovered property to police or his insurer, according to court records.

Harris downplayed the significance of the criminal case in a phone interview. “I simply forgot to call my insurance company,” he said. “It was not even a mistake.”

He was charged with felony theft, misdemeanor theft and a false claims charge, and ultimately pleaded guilty to misdemeanor charges, including hiding property and attempted false claims. He received a suspended one-year jail sentence with credit for two days in jail, 28 days on home detention, 12 months of probation and was ordered to pay $15,635 in restitution, according to court records.

“I have nothing to hide about it,” Harris said. “You make mistakes, you own them, you fix them.”

After filing for bankruptcy more than 20 years ago, Harris built a thriving construction business whose work includes the refurbished Cheney Stadium and improvements to former Seahawk Russell Wilson’s Bellevue mansion.

Harris occasionally made local headlines for his charitable acts: helping a family displaced by fire, providing tools to a struggling carpenter after his were stolen, donating a pickup to someone who needed it to get to work, distributing toys to children in need and serving on the Pierce County CrimeStoppers board. 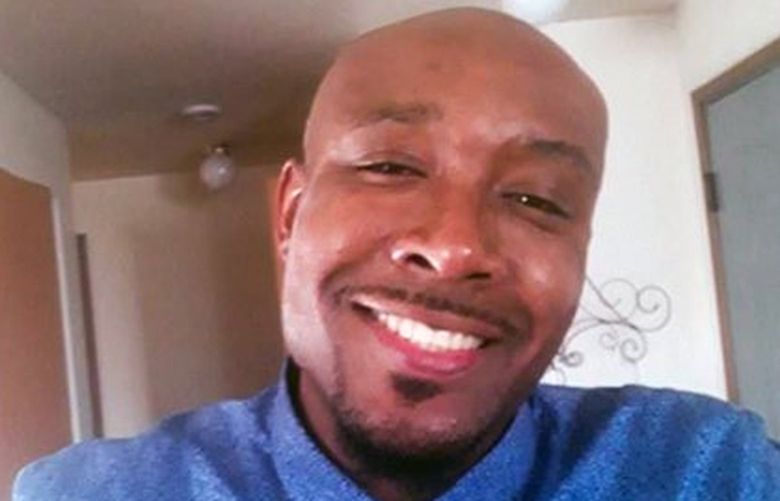 Monèt Carter-Mixon, Ellis’ sister, said Harris is the embodiment of a double standard in the Pierce County legal system and called his candidacy “a bad situation waiting to happen.”

“He’s a yes-man for the police and their interests. If there’s enough politicians supporting their behavior, the cops will be able to keep making mistakes, keep killing people, keep paying for more multimillion-dollar lawsuits that you blame the victims and their families for,” she said.

Pierce County recently settled a lawsuit from Ellis’ family for $4 million. The family’s lawsuit against Tacoma is pending.

Harris also emerged in the investigation into Troyer, the Pierce County sheriff who faces trial in July on misdemeanor charges of false reporting and making a false or misleading statement. The charges stem from Troyer’s reporting to Tacoma police that a Black newspaper carrier, Sedrick Altheimer, confronted him in his neighborhood around 2 a.m. on Jan. 26, 2021, and threatened to kill him. When a massive police response arrived, Troyer backtracked on that claim.

Pierce County commissioned an independent investigation into Troyer’s interaction with Altheimer. Harris voluntarily came forward and told investigators that he had his own confrontation with Altheimer a year before his run-in with Troyer, and that it prompted Harris to draw a gun.

Harris’ 2002 felony conviction prevented him from possessing a gun, but he said he petitioned the court to have his firearm privileges restored, and that South Sound 911 issued him a concealed carry permit. He did not provide documentation to support that claim.

Harris told investigators that he did not recognize Altheimer’s car in his neighborhood late at night, and began following it. Altheimer got out and confronted Harris, frustrated that he was being followed, according to Harris. Harris later told investigators his handgun was on his lap during the conversation, and soon Altheimer left to finish his paper route.

That led the consultants investigating Troyer to conclude in their final report “that Mr. Altheimer has previously engaged in inappropriate and at times aggressive behavior when he perceives he falls under suspicion in the course of doing his job.”

Lawyers representing Altheimer, who has filed a lawsuit against Pierce County, did not respond to messages seeking comment. Altheimer previously reported frequent harassment from suspicious white men when he was out on his late-night duties as a newspaper carrier.

“OK Corral is just around the corner”

A state law that took effect this year automatically restores voting rights for people convicted of felonies as they’re not actively serving a sentence. For Harris, that means no additional steps are required to restore the right to vote or run for office, according to the Washington secretary of state’s office.

Harris said he’s running on a platform of cutting spending on “ineffective” programs to combat homelessness, eliminating mandates for affordable housing, and emphasizing law and order.

Harris said a tinge of bitterness over police reform laws passed recently by the Legislature, as well as the handling of the investigation into Ellis’ death that resulted in charges against the Tacoma officers, were part of what inspired him to seek office.

He said he’s confident that if Gov. Jay Inslee hadn’t “ripped the investigation out of Pierce County’s hands and handed it to the [state] attorney general,” the officers never would have been charged. Inslee removed the Pierce County Sheriff’s Department from the case when it belatedly disclosed a conflict of interest.

Harris dismisses the case against the officers — which is supported by videos and eyewitness accounts that contradict the officers’ claims Ellis was the aggressor — as “a political stunt” by Attorney General Bob Ferguson’s office to placate “a family that doesn’t want to take accountability for the son’s drug addiction,” based on methamphetamine found in Ellis’ system.

“There’s always an excuse for you if you’re a white man with money like Josh Harris and make mistakes,” Carter-Mixon said. ”Whereas, if you are a Black man or woman — any minority — and do something that’s not on the level, like my brother, they’re going to try to make you look 20 times worse than you are, even if at the end of the day you’re a victim.”

Harris said the charges against Troyer and the Tacoma officers, as well as actions by the Legislature, have undermined law enforcement and led to a spike in crime.

“We’re in 1890 Tombstone, and the OK Corral is just around the corner for us if we don’t get things fixed,” Harris said.