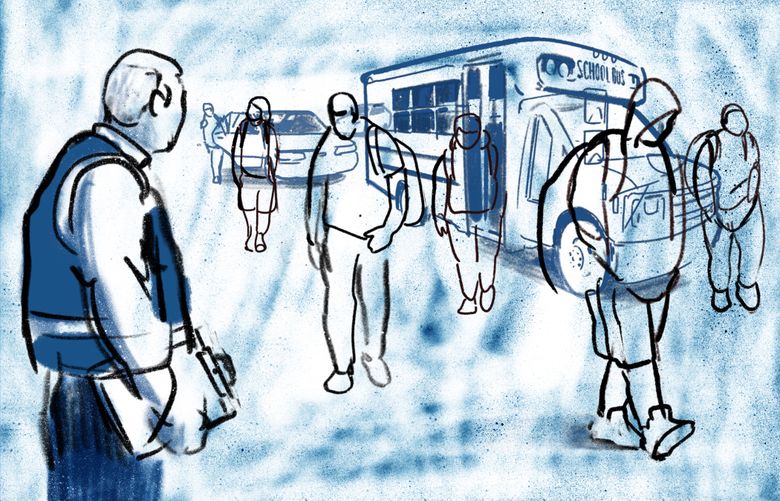 Invisible Schools An investigation from The Seattle Times and ProPublica

When public schools can’t serve Washington’s most vulnerable students with disabilities, districts turn to a network of private special education schools. It’s an obscure but vital corner of the state’s special education system, funded by millions of taxpayer dollars.

The state knows little about the more than 60 campuses that serve the students. It doesn’t track how many kids are locked in isolation rooms or restrained by staffers. Until two years ago, the state couldn’t even count how many public school students attended these schools.

In an investigation published in partnership with ProPublica, The Times uncovered years of alarming reports about abuse and lax academics at one network of private schools. Owned by Universal Health Services, a Fortune 500 health care corporation, the Northwest School of Innovative Learning operated with virtually no curriculum and staff so poorly trained that they often resorted to restraining and isolating students.

Former employees said they felt pressured to cut costs and enroll more students than the staff could handle. Records and interviews showed that the school received public money without providing the services or education that its students needed — or that taxpayers paid for.

Fairfax Hospital, the UHS subsidiary that owns Northwest SOIL, defended the program in a statement, saying, “We strongly deny any allegation that we understaff and/or pressure staff to increase admissions in order to maximize profits.” UHS said it had no comment beyond Fairfax’s statement.

Despite years of complaints, the state kept rubber-stamping the schools’ annual renewals.

At Washington special education schools, years of abuse complaints and lack of academics

A chain of private schools promised to help students with disabilities. But as allegations mounted, the state let them stay open and collect millions in tax dollars.

This aspect of the special education system can be complicated for parents and guardians to navigate, but there are resources to make it easier. We talked with advocates, lawyers and experts to help parents understand their rights and options.

Washington state education officials are proposing to expand oversight of private schools for students with disabilities, citing a Seattle Times and ProPublica investigation that revealed that the state failed to intervene despite years of complaints about these schools.

Washington education officials have launched an investigation into the state’s largest network of privately run schools for students with disabilities, following a series of stories by The Seattle Times and ProPublica that documented poor conditions at the schools, the state disclosed Thursday.