Big-name philanthropic investors and 80 former staffers of the Seattle-based land conservancy Forterra NW are calling for leadership change there, joining their criticisms with those previously aired by the Snoqualmie Indian Tribe.

It’s not clear what may come next for Forterra, a well-known and politically connected nonprofit that’s grown rapidly in recent years, expanded the scope of its mission to include community development and raised as much as $215 million to support a regional timber, manufacturing and housing initiative. But complaints about the organization are piling up.

The Greater Tacoma Community Foundation and the Seattle Foundation, which each have invested in Forterra’s work, wrote a letter Tuesday expressing concerns about the status of a long-planned affordable housing project in Tacoma’s Hilltop neighborhood. They’re also demanding answers about how their funds are being used and are urging Forterra’s board to replace the organization’s leadership team.

“Given all that has unfolded and transpired in recent months, we do not have confidence in Forterra’s executive team and their ability to deliver,” the community foundation’s president and CEO, Kathi Littmann, wrote in a letter addressed to Forterra board chair Beth Birnbaum and co-signed by Seattle Foundation President and CEO Alesha Washington.

Separately, 80 former Forterra staffers have signed a letter voicing solidarity with the Snoqualmie Tribe, which accused Forterra last month of misleading it and the federal government in obtaining a grant worth up to $20 million.

The signatories include a number of people who served as higher-ups at Forterra, including a former managing director, a former chief financial officer and former directors of philanthropy, conservation, conservation transactions, operations and government affairs. Forterra’s website lists 47 current staffers.

“Simply put, we believe the Tribe,” says the letter initially made public on Oct. 10. “Even those of us who do not have specific knowledge of this situation believe the Tribe’s allegations [about Forterra] to be credible because they are consistent with our own concerns regarding long-standing detrimental conduct by the organization’s leadership.” 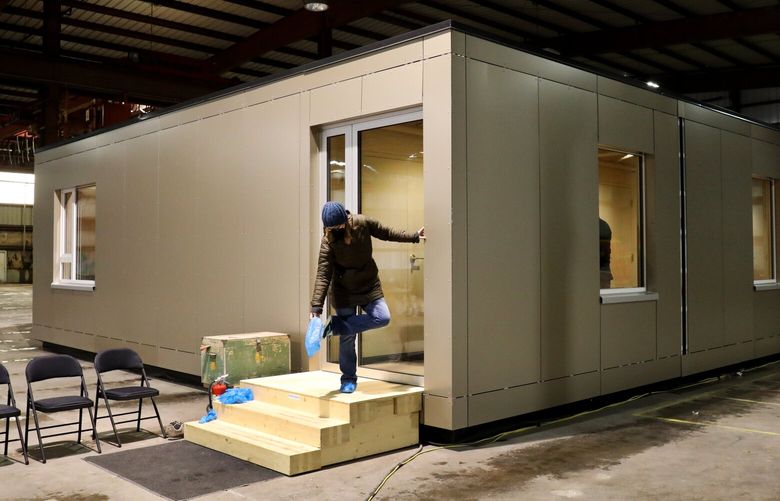 Forterra, formerly called the Cascade Land Conservancy, was roiled a year ago by a successful unionization effort by staffers and a firing dispute that reached the National Labor Relations Board.

The letter by the ex-staffers calls Forterra a “toxic, volatile and retaliatory workplace” and says about the grant controversy: “This leadership’s recent actions do not represent our values, nor do they represent the values Forterra as an institution has stood for when it has been at its best.”

Birnbaum last month called Forterra “shocked and saddened” by the tribe’s allegations, “especially since the concerns raised were not previously conveyed during our good-faith negotiations.”

In a letter Tuesday responding to Littmann, Birnbaum wrote that “the specific points in your letter” about the Hilltop project are outside Forterra’s purview, directing Littmann to contact the board of Forterra’s for-profit investment arm, called the Strong Communities Fund.

Forterra has hired an outside entity, the Angeli Law Group, to review the Snoqualmie Tribe’s claims.

“Forterra received a letter signed by former employees regarding the concerns raised by the Snoqualmie Indian Tribe,” Forterra spokesperson Heidi Taffera added. “The external review is ongoing and Forterra will share updates as appropriate.”

The Snoqualmie Tribe has accused Forterra of apparently misleading the tribe and the U.S. Department of Agriculture in securing approval for a grant to help fund an ambitious timber and housing initiative that the land conservancy has for years been working on and raising money for.

The idea of the regional initiative, called Forest to Home, is to harvest timber with sustainable methods on lands owned by partners like the tribe, create jobs in the Snohomish County town of Darrington by manufacturing wood panels there and use the panels to build affordable housing in urban hubs.

The tribe was a partner in the USDA application and initially supported it, along with other partners and investors, like Snohomish County, Darrington, the city of Tacoma, an Islamic center in Tukwila, Amazon and Microsoft.

But Snoqualmie tribal Chair Robert M. de Los Angeles, in a Sept. 23 missive to the USDA, said the tribe had to obtain a copy of the application through a third party after developing apprehensions, because Forterra wouldn’t share the application unless the tribe signed a nondisclosure agreement.

He said the application appeared to include timber harvesting plans that the tribe never agreed to and unrealistic claims about outcomes for vulnerable communities. He also questioned whether partners were “tokenized” to obtain the grant, which Forterra celebrated on Sept. 19 in the Hilltop neighborhood.

De Los Angeles said the grant application mentioned that the tribe would provide nearly $1.5 million in “match funding,” although the tribe didn’t agree to it. The tribe has withdrawn its support for the grant and has asked the USDA to perform a “full review and audit.”

In a written statement this week, de los Angeles acknowledged the letter by the former Forterra staffers. “Forterra’s own alumni have validated the Tribe’s claims against the nonprofit for its shameful duplicity, dishonesty and exploitation of Native Americans and other communities of color,” he said, telling Forterra’s board to “hold accountable” the leaders who “knowingly mistreated our Tribe.”

Though the USDA took part in the celebration in Hilltop, Forterra’s grant application has been only “tentatively selected,” Allan Rodriguez, a USDA spokesperson, said after the tribe’s claims came to light. Rodriguez said the USDA would, before disbursing any money, work with both parties “to finalize the scope” of the grant and to try to resolve the tribe’s concerns.

Forterra has become a prominent agent for land preservation over several decades. The main organization is a nonprofit but it also has the for-profit Strong Communities Fund that manages multiple “social impact investment” funds, which promise philanthropic investors a chance to help communities while also receiving a modest rate of return.

Michelle Connor is Forterra’s president and CEO and Tobias Levey is the vice president of real estate transactions. Connor earned a salary of about $210,000 in 2020, the most recent year for which Forterra’s tax filings are available.

The nonprofit’s total revenue was almost $18 million in 2020, having more than tripled since 2015. King County Executive Dow Constantine has served on the board of the Strong Communities Fund, but his name was removed from its website this week.

Constantine left the board Tuesday night, according to an email. His office declined to elaborate on the circumstances of his departure.

Tukwila City Councilmember De’Sean Quinn sits on the board of both Forterra and the Strong Communities Fund.

Forterra has received contracts worth up to $12 million from King County in the last three years, mostly via the county’s Conservation Futures property tax levy, which is intended to preserve natural areas. A measure on the Nov. 8 ballot would renew and increase the levy.

Meanwhile, Forterra has been raising money through public grants and private investors for the regional Forest to Home initiative, which the organization has estimated could cost about $500 million over 10 years.

Darrington Mayor Dan Rankin, who’s worked with Forterra for years to establish a mill and manufacturing hub for cross-laminated timber panels and modular housing in his Snohomish County town, said last week he hopes the Snoqualmie Tribe’s concerns can be rectified. Construction in Darrington was going to begin earlier this year but has been delayed, Rankin said.

“I don’t think any of us are turning around at this point,” he said last week.

Another part of the initiative is in Hilltop, a historically Black neighborhood in Tacoma where rising costs are leading to the displacement of longtime residents. Forterra bought an old Rite Aid building there in 2019 with help from investors like the Greater Tacoma Community Foundation, promising to redevelop the site as affordable housing to rent and own.

The housing sounded great at the time and is still needed to help ensure “this Black community can thrive,” Littmann said in an interview Tuesday. But several years have passed and Forterra is nowhere close to starting work on a project that was supposed to open in 2024, partly because the Darrington manufacturing hub has yet to be built, she said, arguing Forterra needs to admit that it bit off more than it could chew.

“To step out from being a land preservation organization to being a vertical developer, those are apples and oranges,” Littmann said.

In her letter, Littmann acknowledges the pandemic and rising construction costs as challenges but says other Hilltop housing projects have moved ahead. She cites the communications by the Snoqualmie Tribe and former Forterra staffers as concerning, along with delays facing Forterra projects in other communities, like Darrington and Tukwila.

Littmann’s letter urges Forterra’s board to convene a meeting about the Hilltop project, hand the project off to experienced developers who can accelerate it, provide social impact investors with a “full accounting” and replace the organization’s leadership with “a team that can restore trust.”

She thinks the Hilltop housing project “is recoverable,” but the primary aim should be to get it built for local people, she said, rather than to advance the Forest to Home initiative. “Hilltop has had a long history of broken promises and this needs to not be one,” Littman said.

The letter by the former Forterra staffers suggests the organization isn’t taking proper responsibility for the situation with the tribe.

“We are all too familiar with Forterra’s keen ability to deflect responsibility and create alternative narratives,” the letter says. “Every one of us has either experienced this type of behavior directly or witnessed our colleagues endure it during our tenure.”

The letter adds, “We are speaking up to defend the organization from its current mismanagement … and implore a drastic change in direction to preserve Forterra’s valuable legacy and restore its reputation.”

Staffers voted to form a union last December. Earlier in 2021, IT manager Andrew Shifflette, who had been with the organization for more than 14 years, was fired after emerging as one of the leaders of the nascent union.

At the time, Birnbaum and Connor wrote to supporters that Shifflette was not fired for supporting the union effort. Forterra, they wrote, had decided to outsource its IT management “after a multiyear process where external auditors identified critical deficiencies.”

At least two elected officials involved with Forterra — Constantine and Quinn — seemed unconvinced. Each responded to express concerns about retaliation.

“Retaliation against employees participating in union efforts is both unacceptable and unwise, given Forterra’s well-earned reputation for advancing environmental and social justice,” Constantine wrote.

Forterra ultimately agreed to a settlement with the National Labor Relations Board that required the organization to post a notice saying it would not fire anyone for union activity and that it would pay Shifflette “for the wages and other benefits he lost because we fired him.”

Shifflette signed the letter by the former Forterra staffers. “I just hope that it brings leadership change,” he said Tuesday. “They are unique in Seattle and it is time for a change so they can keep doing good work.”