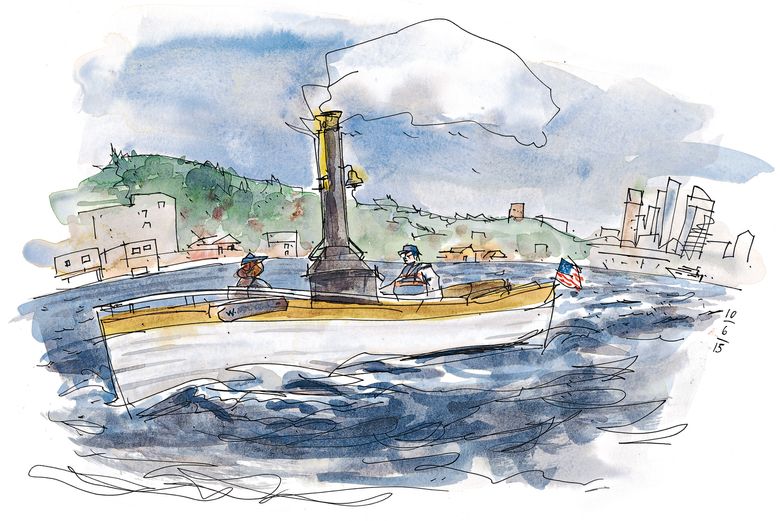 A view of Puffin with Capitol Hill and the South Lake Union skyline in the background.

When I arrived at the Center for Wooden Boats North Lake Union Workshop and Warehouse back in June, Team Puffin volunteers looked at me like I just dropped from another planet. “You haven’t taken a ride on the Puffin?”

Puffin, a little steam launch built in 1906, is one of the most popular boats in the center’s collection. It has taken thousands of visitors on free Sunday tours of Lake Union since the mid 1990s.

All that sailing is the reason it was undergoing nine months of much needed repairs. The boiler had to be taken apart, and planks and ribs were replaced and coated with new paint and varnish.

When I finally rode the Puffin last week, I realized what I had been missing. A free tour of Lake Union from a hundred-year-old steamboat is one of those “only in Seattle” experiences everyone should have to appreciate our city’s sailing roots.