It’s usually not the job of the hotel general manager to pull up carpet. But there was Markus Treppenhauer of the Fairmont Olympic, in a suit and tie, yanking the thick covering from a landing off the lobby of the Seattle landmark a few months ago, looking for history.

And he found it: a 95-year-old terrazzo floor, hand-laid by artisans who came over from Italy in 1924 when the hotel opened, to make sure it would stand not only the test of time, but countless travelers.

“We had no idea,” Treppenhauer said of the floor’s beauty and condition. “For us, it was such an inspiration.”

The floor was refinished in November. And last month, the rest of the main level began to follow suit as the hotel kicked off a six-month renovation of its public spaces — for the first time in 40 years. (The hotel completed a $25 million renovation of all guest rooms and corridors in 2016).

In doing so, the Fairmont Olympic is bucking Seattle’s boomtown trend of wholly removing or revamping old buildings. Instead, the hotel’s renovation is highlighting the history it holds not only within its walls, but in the city’s collective memory.

“We’re looking at what we can bring back,” said hotel spokeswoman Kara Terek, adding that while parts of the hotel are being restored — the terrazzo floors and most of the wood — the project will also bring forth artifacts from the hotel’s past.

These include the register from the first night the hotel was open to guests — a who’s who of Seattle history. The Kerrys. The Stimsons. The Ameses. The Gilmans. Of the 25 signatures on the first page, all but three were from Seattle. 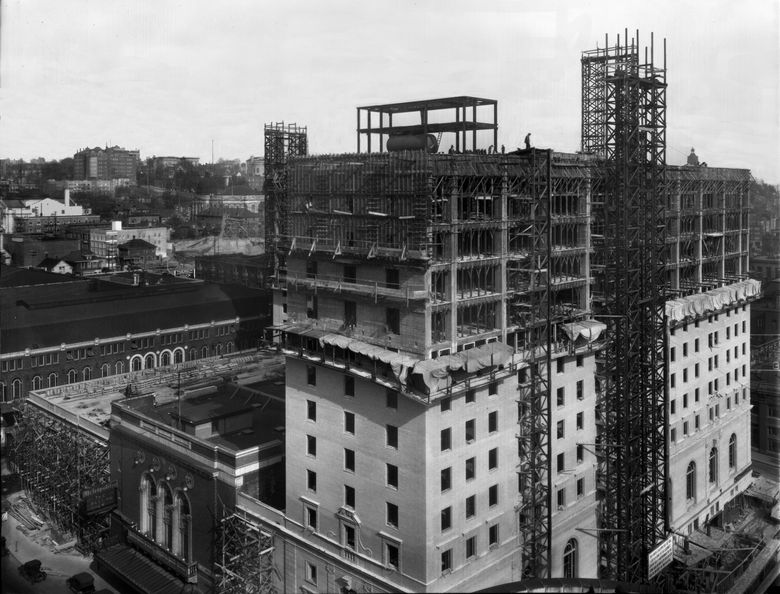 There are also lipstick-stung missives on hotel letterhead from a female employee to her husband, stationed overseas during World War II; menus from the Georgian Room; and an invitation from the hotel’s opening gala in 1924.

“You can feel the stories in the walls,” Terek said. “The generations of people who have celebrated here. The dynamics of the city are changing, and change is necessary. But also, for us, it’s important to give a nod to the past.”

Financing to build the hotel was launched by a group of prominent Seattle citizens who organized a bond drive that raised $2.7 million from investors who ponied up $100 per bond. The Seattle Times held a contest with a $50 prize for the person who submitted the best name for the hotel, which was initially called The Olympic, according to the hotel’s website.

The hotel was added to the National Register of Historic Places in 1979.

Eugenia Woo, director of preservation services for Historic Seattle called the hotel “a very significant, historic downtown building that has long benefited from good stewardship,” and said the nonprofit would like to see that continue all over the city.

“We always support projects that preserve and enhance historic features and character — remove insensitive past alterations with an eye toward restoration,” Woo continued, “and provide upgrades and improvements that are compatible with the historic design.”

To that end, the Fairmont Olympic is aiming to keep its lobby part of what Treppenhauer called “a living room for locals.” 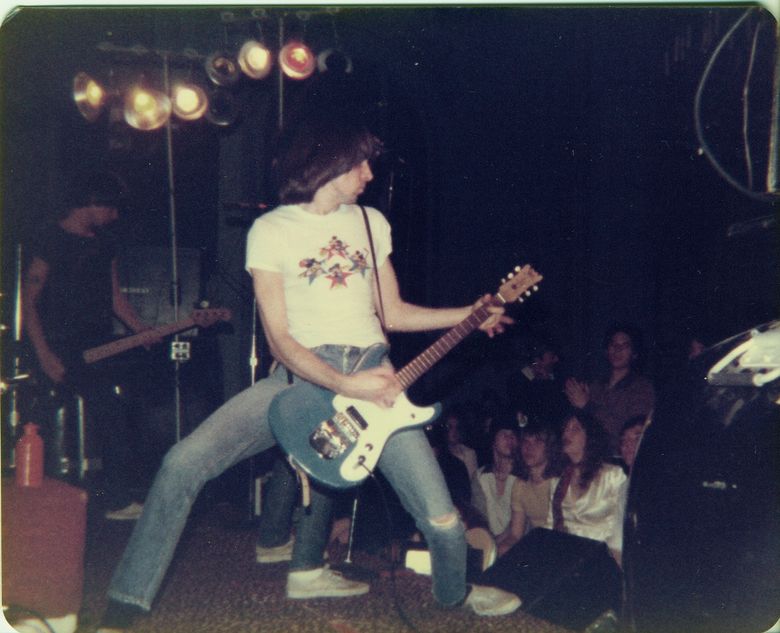 The lobby will feature a massive, round bar that will transition from a morning coffee bar, to a place for afternoon tea, to a space for cocktails. The Terrace Bar off the lobby will become a bespoke space, tucked behind a hidden door of bookcases and turned into a spirit-centered, clubby spot open on only select days of the week. The three signature chandeliers will be removed and transferred to the University of Washington, which was originally located on the hotel site. (The UW owns the land in the university tract on which the hotel sits.)

The Georgian Room, which ended dinner service in 2015, will return as a maritime-themed bar and restaurant with a yet-to-be-revealed local chef in charge; awnings over the outside windows; and its own ADA-access entrance off Fifth Avenue and Seneca Street. The two signature crystal chandeliers will be carefully disassembled, crystal by crystal, and put in storage. (The chandeliers in the Spanish Ballroom will remain).

The Garden ballroom will be streamlined and receive new lighting and technology systems to better handle large events. And local designer Luly Yang, who moved her studio space into the hotel in 2004, will refresh the hotel staff’s uniforms.

Just before the public spaces closed, Queen Anne High School held one of its 50th reunions at the Fairmont.

“It’s such a part of people’s lives,” Terek said. “It’s up to us to bring those parts back. The whole downtown has changed a lot, and we’re trying to be that compass for people. The city has grown up around us.”

The renovation is being done by a Spanish design studio called Lazaro Rosa-Violan (LRV). Designers stayed at the hotel for a week, immersing themselves in the history of the place and visiting other bars and restaurants to gauge what the Fairmont meant to an ever-changing Seattle, and how to preserve that relationship.

“They wanted to understand the hotel, how we fit into the city,” said Treppenhauer.

“The whole thing required something more sensitive, more in tune with the expectations that our clients have,” he said, noting that one-third of hotel visitors are from the area and meet at the Fairmont for social events.

Chairs, couches and marble-topped tables were donated to Habitat for Humanity and Second Use. So the history of the hotel will be spread around the city.

But it will also hold strong at Fifth and University.

“I want people to believe and trust that we understand the responsibility of renovating a landmark,” Treppenhauer said. “And we will never go away from what has made us great from an architectural perspective.”

And don’t worry, he added. The Seattle Festival of Trees, which benefits Seattle Children’s hospital, will be back.

“We have built this hotel from our traditions and we will not throw that away,” Treppenhauer said, “because that’s where we stand in this community.”