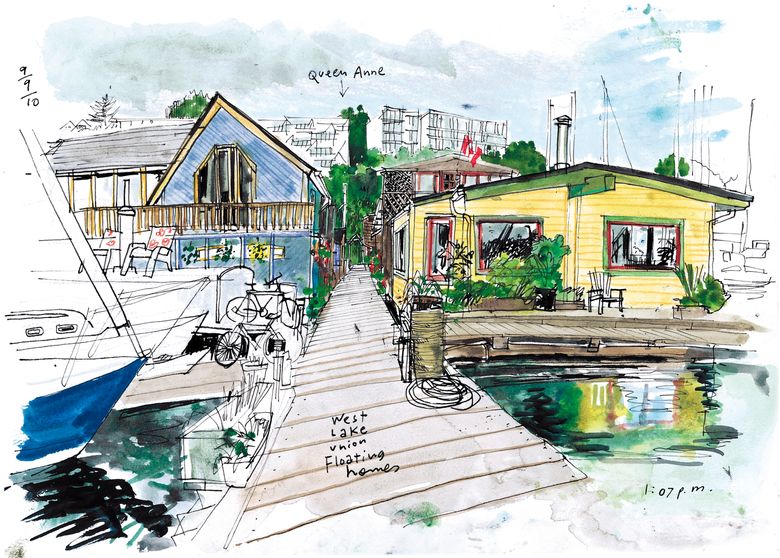 I felt a bit like one of the tourists when I visited Eugene Nutt and Ann Bassetti at the houseboat where they’ve lived since1988. From their living room, they had a front-row seat for the making of the movie. They recalled holiday decorations and a “big crane with a massive shower head” to produce rain in August.

There are only about 500 floating homes now, down from a couple of thousand in the 1930s, so I’m not surprised this unique community is such an attraction. On Sunday, more than 1,000 people will attend the sold-out tour offered by the Floating Homes Association every two years. I’ll have to make my reservation early for September 2012.