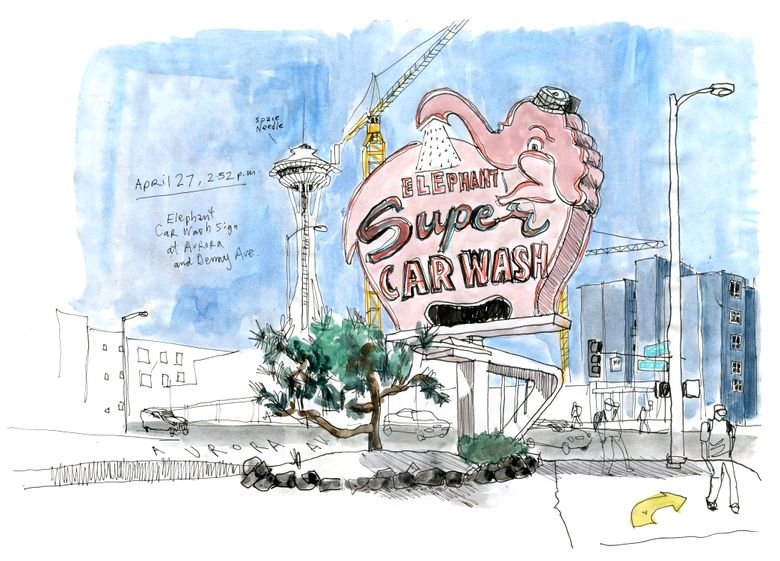 The Elephant Car Wash on Battery Street opened in 1956. I don’t know how its huge, rotating elephant sign was received back then, but I think it’s really cool. Kitschy but cool. It passes the ugliness test that Aurora Avenue, which runs north from here, did not. Owner Mike Hakala said people come from all over and have their photo taken in front of it. It has been in a Nike commercial and the Secret Service once stopped with an entourage of six vehicles, he said. He thinks people like it so much is because “it is unique, not an obtrusive low-end deal. The pink stands out nicely.”