Some Seattle Times readers expected this to happen. Most didn’t.

News broke earlier this month that the U.S. Supreme Court appeared poised to overturn Roe v. Wade, which would end federal abortion protections and leave decisions about whether to allow the procedure up to individual states.

The news sparked both outrage and joy throughout the Northwest. Many of Washington’s top elected Democratic leaders, including Gov. Jay Inslee, raged at the draft opinion, and thousands of protesters gathered to rally for abortion rights. Some conservatives, meanwhile, hope the draft opinion will turn Washington against abortion.

We received an extraordinary response to our survey calling for Seattle Times readers’ reactions to the Supreme Court’s draft decision, with more than 300 people writing in to share their stories. 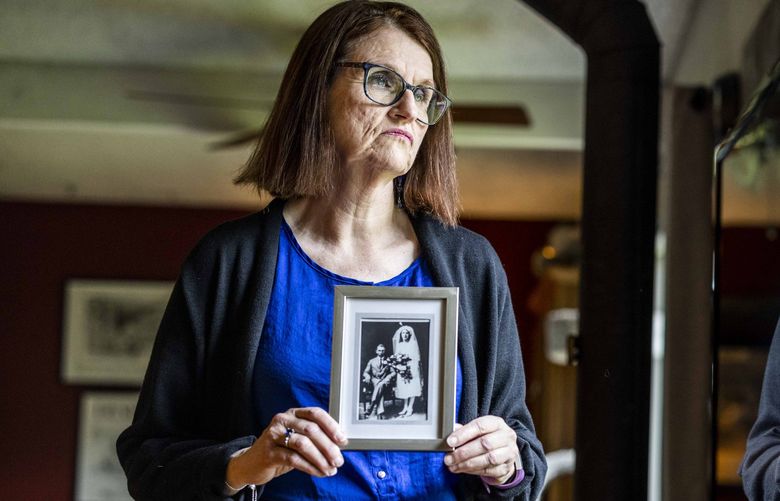 Some wrote about themselves or loved ones getting illegal abortions before Roe went into effect. Health care professionals detailed the fear and harm suffered by patients without access to reproductive care. And one reader told us about the regret she felt after deciding to have an abortion.

The vast majority of respondents were women. Most wrote about their support of abortion rights and decried the potential loss of federal abortion protections. A handful of respondents described themselves as anti-abortion, with a few others supporting some limits on abortions, such as the few that occur during the third trimester of pregnancy.

We selected a handful of the most compelling responses and lightly edited them for clarity, grammar, length and style.

I’m scared and disgusted by this potential reversal of Roe v. Wade.

I’m 56, married and have one child in college. I live in Washington but grew up in New Mexico. I had an abortion when I was 16 at the Planned Parenthood in Albuquerque. My boyfriend came with me, and I felt safe and cared for during this personal earthquake of my life.

One of the reasons I made this choice (besides not being ready to be a parent at 16 and dropping out of high school) was that my mother worked in an abortion clinic, and I had volunteered there many times during summers. I personally witnessed the care that every woman received, as well as the crazy and sometimes violent protests that occurred outside, most days of the week. Everyone had escorts into and out of the clinic (employees and patients), but it was still an experience that defies description.

I grew up from a young age understanding that this was about a woman’s body and her personal decisions about her health care. I also grew up taking this for granted, never believing it could be taken away. I’m terrified for my daughter and everyone’s daughters in this new world of extremist politics.

I was in college when Roe v. Wade and Doe v. Bolton were decided. I was stunned and appalled that such ideas could be endorsed by the government of the United States.

There is not, and can never be, a “right” for one person to deliberately kill another innocent person just because that other person’s existence is temporarily inconvenient. The entire concept is abhorrent and barbaric. As Justice Samuel Alito says, Roe and Doe were egregiously wrong, and even Ruth Bader Ginsburg — a staunch supporter of abortion rights — agreed that the decisions have no basis in the U.S. Constitution.

Much has been said of late about the mother’s bodily autonomy. However, such autonomy can never be considered absolute! There are (at least) two people harmed in every abortion. The autonomy right of the mother must always give way to the more fundamental right of the child to not be killed.

That said, whoever leaked this draft document has violated the inherently necessary security of the U.S. Supreme Court’s judicial process. Whoever it was deserves to be, at minimum, fired and excluded from any future government position; and if in the legal profession, be disbarred in disgrace.

I remember thinking I might have an abortion, though I hardly knew what it entailed or even if it was legal. (I wouldn’t have had one if it was illegal, though.) I learned it was about $300, and that was a huge problem. My husband, as a second-year teacher in 1971, only made $400 a month! Fortunately, it turned out I wasn’t pregnant after all, so “problem” solved! But I remember my emotions well.

I’m angry and disappointed but not surprised by the news. I want to rage and help, but I feel helpless. My wife and I moved to Seattle from Boise, Idaho, over 15 years ago. It can be hard to be LGBTQ+ when you are from a place as red as Idaho. We moved here for jobs but found freedom and acceptance. We applied for our domestic partnership (not offered in Idaho), and later, once it was made legal, we got married.

This is not where I started. When I was 18, I had an abortion in Boise. I was just under 10 weeks pregnant before I realized what was going on, and Planned Parenthood was the only place I knew to go for help. I was a college student working full time, and it was the only time I had sex with a man. I could not even comprehend being a mother; it wasn’t something I wanted. I have never regretted the abortion, even though I have only told two or three people, one of those in the last month. It’s something I just got done and moved on.

I feel like I can’t stay quiet anymore. I am one of the 25% of women who get abortions, and if I can lend my voice or my story to help even one woman, I will. My life would not be what it is today if I had not had the option. I’m enraged that others will be denied a choice for bodily autonomy by anyone, let alone such a personal decision.

Idaho can say it is strongly anti-abortion, but I’d argue that the state is only in favor of controlling women. Look no further than the sea of older white men (mostly) who lead their government. I love Boise, but Idaho breaks my heart.

I am a retired OB-GYN who is old enough to have grown up in a world without the protections afforded by Roe v. Wade. I went to medical school just a few years after that landmark decision was made. I was mentored by physicians who saw the consequences of desperate choices made by women who could not have safe care and turned to illegal, unsafe abortions. Many of these women lost their lives.

Over the course of my career, I delivered thousands of babies. I also counseled a number of women who were making the very difficult decision to terminate a pregnancy. None of these women made that choice lightly. But it was their decision to make and they did not have to fear judgment or risk an unsafe abortion.

In my opinion, to be “pro-life” means to be committed to all people, including the women who become pregnant. The riskiest thing a woman ever does during her reproductive years is to carry a pregnancy to term. Each and every woman deserves to make that choice for herself and to receive safe care, whatever her decision is. It is a decision that she should be able to make with the compassionate and scientific medical counsel her doctor can give her.

One very wise pediatrician I met during my training said something that stuck with me all these years: All children deserve not just to be born. They deserve to be planned, loved and cared for. We must not return to the barbaric days before women could safely decide their own futures, including if and when to have children.

I am an 85-year-old retired registered nurse with three grown children, one of whom was the best surprise I ever had. That said, I am sure there is no one size or answer that fits all. At various times I have been firmly either pro- or anti-abortion. Today, I want to tell what three of my patients endured regarding abortion.

One was a very firm Christian who was diagnosed with cancer at her first prenatal visit. Good marriage, 2-year-old son, planned and delighted with her second pregnancy. However, even if she chose to give her life for the child, one of the foremost OB-GYNs in the nation could not see a way to make it possible for the mother to live long enough for the baby to be delivered mature enough to have a chance to live.

The second was a 24-year-old woman who choose abortion at a licensed facility where she received such bad care she came to our emergency room with severe sepsis and a 105-degree fever. The result was a hysterectomy and colostomy.

The third was a physically handicapped survivor of rape in a nursing facility. Again her physical condition precluded living long enough for the baby to reach viability, and her condition made saving her problematic. Without sharing the very real emotional trauma, the horrific details, both physical and mental, of patient and staff alike, how can I make the public truly aware of the complexity of problems related to abortion? This issue is best left in the hands of the women and their doctors. One size fits nobody.

A previous version of this story misstated Kathleene Daly‘s age.