Washington lawmakers unveiled a bill Wednesday that would allow King County to impose a tax on big businesses with employees who earn at least $150,000 a year.

The money raised would have to be spent on affordable housing, public-safety needs, homeless services and behavioral-health services.

The bill had 11 additional co-sponsors Wednesday afternoon — including longtime former House Speaker Frank Chopp, D-Seattle —  and more could join. The state Legislature has only 43 days left in this year’s short session.

Macri said the bill in concept has support from the Martin Luther King Jr. County Labor Council and from some large Seattle-area corporations, though she didn’t provide a list. Expedia is backing the bill, a company spokeswoman said.

“A coalition has come together on this idea,” Macri said. “The mayor and the executive are taking the lead” on lobbying business leaders.

Durkan and Constantine issued a written statement Wednesday, saying the tax could raise as much as $121 million per year. 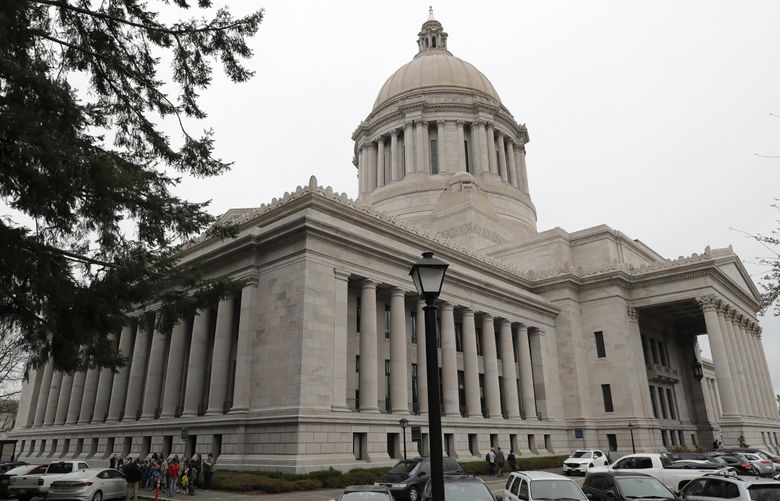 “Our region is working every day to tackle homelessness and increase the production of affordable housing, but we know that we must do more,” they said. “We thank legislators in Olympia for recognizing that regional need and for bringing forward a progressive new funding tool for King County … We know more input and ideas will help make this bill better, but we cannot miss this moment to act.”

Seattle and King County are in the process of creating a regional homelessness authority, consolidating disjointed homeless services under one umbrella.

The Seattle Times reported earlier this month that Durkan was talking to allies inside and outside City Hall about big-business tax ideas, including a countywide tax on highly paid employees.

Politicians, activists and corporate leaders have in recent months been scrambling to stake out positions on taxing big businesses. Seattle passed a per-employee tax on high-grossing companies in 2018 that would have raised an estimated $47 million per year. But the city almost immediately repealed the measure under pressure from a potential referendum and critics that included Amazon.

Since last November’s City Council elections, the debate has been heating up again. Socialist Councilmember Kshama Sawant won re-election and has launched a “Tax Amazon” campaign that could evolve into a ballot measure initiative. It’s possible that some business leaders will ask state lawmakers to include language in Macri’s bill barring Seattle from imposing a head tax.

Seattle and King County are spending an estimated $262 million to address homelessness this year (not counting federal dollars). But in a report last week, the consulting firm McKinsey & Company recommended an additional $450 million to $1.1 billion in annual public spending to help solve the crisis.

The tax described in Macri’s bill may not be enough, City Councilmember Tammy Morales said. Morales said she has heard that $40 million of the $121 million raised would be allocated to Seattle each year.

“It seems like a chamber-driven effort to circumvent Seattle discussions,” Morales said, referring to the Seattle Metropolitan Chamber of Commerce, which opposed the 2018 head tax. “We won’t be distracted by this bill. We will move forward with plans to assess another mechanism to meet our housing and Green New Deal priorities.”

Starting in 2021, House Bill 2907 would allow King County to impose a tax of 0.1% to 0.2% on compensation paid by businesses to employees making at least $150,000 a year. Small businesses (those with 50 employees or fewer that pay half their employees under $150,000 per year) would be exempt, as would motor-vehicle fuel businesses, liquor businesses and “comprehensive cancer centers.”

The tax wouldn’t apply to supermarkets, and the county could grant an employer a one-year exemption “due to extreme financial hardship.”

It would appear to apply to sole proprietors who earn at least $150,000 per year.

The Durkan and Constantine administrations and large employers collaborated on the bill, Macri said. The hardship exemption wasn’t crafted for Boeing, she said.

Businesses that would be covered by the tax can be expected to spend about $56 billion next year to compensate employees making at least $150,000, according to a forecast provided by Durkan’s office, based on Washington State Employment Security Department data from 2018.

Taxing that amount at 0.2% would yield about $111 million, and “pass-through entities” such as law firms would yield an additional $10 million, according to the forecast and Durkan’s office.

The county today doesn’t have the authority to impose such a tax. Macri’s bill would change that, but Constantine and the Metropolitan King County Council would still need to pass legislation.

“This renewed effort to tax jobs is a political zombie stumbling back from the graveyard of bad ideas. This proposal is just Seattle’s failed head tax with a new coat of paint,” Dunn said.

“Punishing local workers and employers for their talent and success is destructive for our entire region and fundamentally un-American,” he added.

“Addressing our region’s homelessness and affordable housing crises at the county level reflects the needs and values of all of our employees in the Seattle region,” Bob Dzielak said in a statement.

“Our roots are firmly planted in the Greater Seattle area and we are proud to contribute toward the revenue needed to address these issues in the form of a new tax that can make a meaningful impact, creates accountability to drive progress and quickly gets the needed funding in the hands of our local policy makers in and beyond Seattle as swiftly and responsibly as possible,” Dzielak said.