A decadeslong effort came to fruition Wednesday when the Legislature passed a bill to resentence as many as 114 people serving life without parole under Washington’s three-strikes law.

Headed to Gov. Jay Inslee’s desk after a close vote in the House, Senate Bill 5164 affects those who “struck out” at least in part because of a second-degree robbery conviction, relating to a crime that generally involves no weapon or physical injury.

While such a conviction will no longer be considered a strike, whether people will remain in prison for some length of time would depend on what a judge decides based on the sentencing range for their convictions. 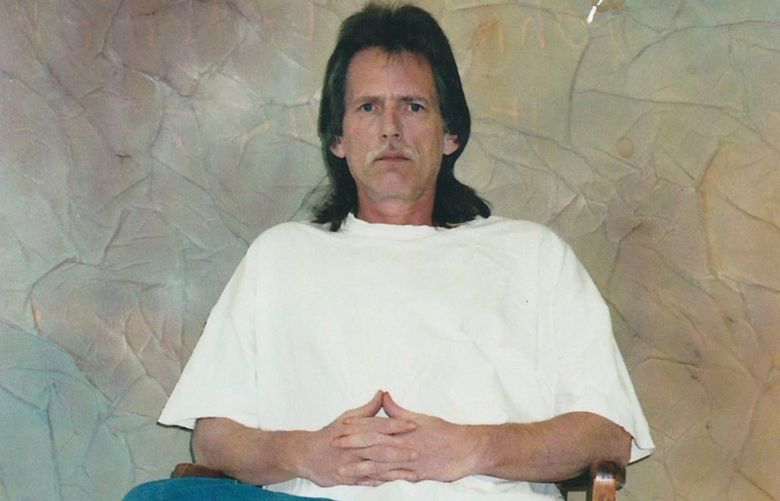 “You don’t just open the doors and let people walk out,” said Sen. Jeannie Darneille, the Tacoma Democrat who co-sponsored the bill and has been pushing similar legislation for at least 15 years. “It’s a process.”

The bill nevertheless has huge implications for a sizable share of the 277 people currently incarcerated under Washington’s toughest sentencing law.

“It’s quite an exciting time,” said Greg Steen, 55, who has two second-degree robbery strikes and is at Clallam Bay Corrections Center. With a third strike for a first-degree robbery conviction, involving a gun, he said he expects he might have to serve seven more years, on top of the 13 he has already done — significant, but a whole different category than a life sentence.

“I have kids and grandkids I haven’t seen in a long time,” he said.

“There’s some hope now. That can physically change a person,” said Waldo Waldron-Ramsey, criminal justice chair for the Alaska Oregon Washington State Area Conference NAACP. “Sometimes people are like the walking dead when they have no opportunity to get out.”

Waldron-Ramsey attributed the success of this year’s bill in large part to the racial reckoning that has followed the police killing of George Floyd. The nation’s first three-strikes law, approved by Washington voters in 1993, in many ways “targeted Black people,” he said. “You can see that by the numbers.”

Black people, representing 4% of the state’s population, in December accounted for 38% of those sentenced under the law, which mandates life in prison without parole for people convicted repeatedly of certain offenses, from robbery to assault to murder.

In 2019, as the public, lawmakers, and law enforcement professionals nationwide were rethinking the tough-on-crime mores of the past, the Legislature passed a bill dropping second-degree robbery from the list but declining to make the law retroactive.

The compromise reflected how difficult it was to pass. Opponents said so-called “persistent offenders” had committed serious, even heinous, crimes that had long-lasting ramifications for victims. The Washington Association of Sheriffs & Police Chiefs said that some who had a second-degree robbery strike had originally been charged with more serious crimes and pleaded to the lesser offense. Some had used a weapon, or threatened to, the association wrote in a letter to legislators.

Lawmakers opposed to this year’s bill, propelled to victory by Democrats, spoke out Wednesday after the 52-46 vote.

“What the community is looking for, they’re looking for truth in sentencing, ” said Rep. Gina Mosbrucker, R-Goldendale. “This bill unwinds that” and lets “more and more out without safeguards in place for our community.”

Rep. Jenny Graham, a Spokane Republican, said she supported taking another look at some cases but did not want to see judges required to give a new sentence. “It should be up to the courts to decide,” she said. She supported an amendment to that effect, which failed.

Yet, the Washington Association of Prosecuting Attorneys, which in 2019 opposed dropping second-degree robbery retroactively as a strike, supported this year’s bill. Executive Director Russell Brown said prosecutors across the state, who had been divided on the issue, sided with those in the counties with the most three-strikes cases: King, Snohomish and Pierce.

Brown said prosecutors in those counties told of problems with what some expected to be a solution to those left behind the 2019 law. A bill passed by the Legislature last year allowed prosecutors to seek resentencing for any case in which an original sentence “no longer advances the interests of justice.”

But some prosecutors, including those who wanted to see people with second-degree robbery strikes resentenced, said they did not believe the law gave them that authority without explicitly referencing mandatory three-strikes sentences.

Snohomish County Prosecutor Adam Cornell said he was troubled by the large disparity in sentences between someone convicted of second-degree robbery today (who would receive a maximum 10-year-sentence) and someone sentenced to die in prison after striking out with a second-degree robbery conviction.

“That just is not right,” he said.

Many second-degree robbery convictions, he continued, were for “shoplifting gone bad” offenses. He cited Lawrence Fillion, sentenced under the law after robbing a Snohomish County 7-Eleven with three friends, grabbing beer and cigarettes.

In a lawsuit, Fillion charged that his continued imprisonment, after 24 years, constituted cruel and unusual punishment and violated the constitutional right to equal protection. Cornell agreed, and the state Supreme Court earlier this year signaled approval of resentencing Fillion. He has since been released.

State authorities say they don’t know exactly how many people might be resentenced under the bill that passed Wednesday. The 114 figure includes people whose second-degree robbery conviction might not have counted as one of their three strikes. Or it might have, but there is another conviction on their record that could also count as a strike.

A 2019 estimate, by a state Department of Corrections staffer who reviewed cases with an eye out for such possibilities, said 64 people would be affected by a law dropping second-degree robbery as a strike.

Some have multiple second-degree robbery strikes.

Steen is one such individual, convicted of two second-degree robberies. He struck out on five counts of first-degree robbery after a string of bank heists. Like many others, he said substance use fueled his criminal activity.

“Living with a life sentence is a different kind of weight,” he said. “It can be tough to get in a frame of mind to act as if you’re going to be released, to do what’s necessary to make yourself a better person.”

Despite the rationale for the three-strikes law, “people engaged in recidivism can change and do change,” said Jennifer Smith, co-founder of the Seattle Clemency Project, which matches people serving long sentences with pro bono attorneys.

Some, including Darneille, would like to see the three-strikes law rolled back further. The lawmaker, who has previously proposed dropping second-degree assault from the strike list, said she plans to build support for that idea.

“I would want a chance to think about that,” Cornell said, noting second-degree assault could mean breaking someone’s jaw, or strangling them to unconsciousness. The Snohomish County prosecutor said he wasn’t sure he could support a categorical approach to that crime.