Thursday’s expansion adds to the 3 million people eligible right now for the vaccine, Inslee said in a news conference, and will include construction and manufacturing workers, and anyone with two or more comorbidities, or other medical conditions.

Additionally, people living in congregate settings, such as those experiencing homelessness, in correctional facilities or those with disabilities living in group homes will become eligible March 31.

The governor Thursday also announced that the state will allow the resumption of indoors, in-person visits to long-term care facilities, and, that Washington’s temporary moratorium on evictions would be extended through June 30.

The indoors, in-person visits to long-term care facilities would be allowed in scenarios where residents or visitors have been vaccinated.

Taken together, the announcements add to the sprawling, fluctuating blueprint for Washingtonians as the state races to get people vaccinated and residents look toward some kind of post-pandemic life. Still, the state Department of Health reported 937 new coronavirus cases and 12 new deaths on Thursday.

The update brings the state’s totals to 352,907 cases and 5,168 deaths, meaning that 1.5% of people diagnosed in Washington have died, according to the DOH. The data is as of 11:59 p.m. Wednesday. In addition, 19,999 people have been hospitalized in the state due to the virus — 42 new hospitalizations.

Yet, the vaccine-eligibility news comes as a relief for restaurants whose businesses have been battered throughout the pandemic, and whose workers haven’t gotten priority as quickly as others — such as grocery workers — for the vaccine.

Chad Mackay, who employs more than 200 workers at seven restaurants across the state, said some of his maître d’s and other industry workers have been sidelined because they fell in a “high-risk” category due to health-related issues or because they’re over 60.

“We look forward to getting them back when they are vaccinated,” said Mackay, whose restaurants include El Gaucho steakhouses in Seattle and Bellevue.

In Ballard, James Lim of Watson’s Counter said he might shut down his restaurant for a day “just so our staff can get the vaccine. That’s how important this is to me.”

To make it easier to get vaccinated, the state has also rolled out a new website to help people find one: vaccinelocator.doh.wa.gov/.

On that site, a resident can enter their ZIP code and find places nearby that may have vaccine appointments available.

The announcements arrive as COVID-19 cases numbers continue to stay well below their peaks, as vaccination rates and the supply of doses increase, and as a large federal relief package begins to make its way to Washington.

Inslee last week announced a return of some sports spectators and increased occupancy for restaurants, retailers, fitness centers and other indoor spaces to open with up to 50% capacity. The governor last week also sped up the eligibility for some groups of people to get vaccinated.

Meanwhile, the governor Thursday also announced a public-private partnership to help clear the path for people trying to find a vaccine, which includes assistance from Challenge Seattle, which is an alliance of many chief executives in Washington. 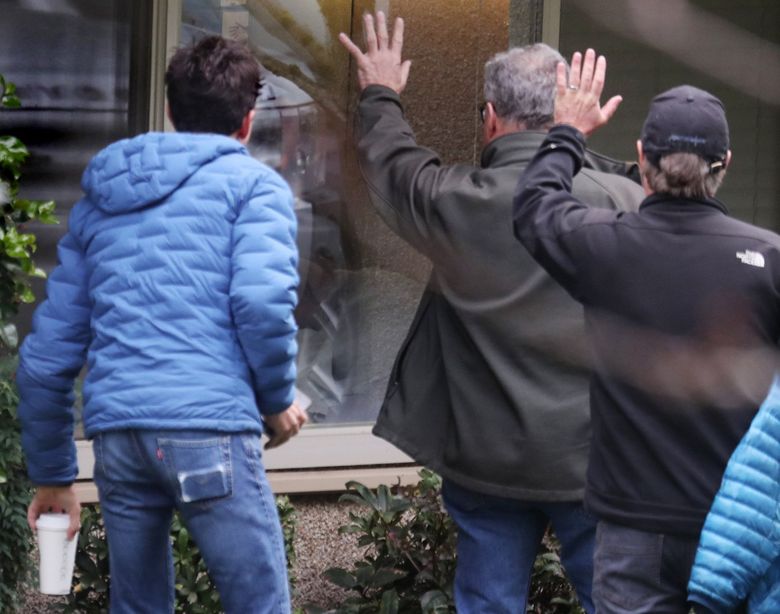 In addition to extending the moratorium on evictions, Inslee this week extended a moratorium on utility shut-offs through July 31.

That announcement comes as approximately 136,300 households in the state, or 9.6% of renters, are behind on rent, according to survey by the U.S. Census Bureau a late February. Officials have been distributing federal rental aid and trying to plan figure how to avoid a cascade of evictions once the moratorium ends.

And in another order this week, the governor continued a prohibition on any debt garnishments on COVID-19 relief payments by the federal government to residents.