What century are we living in?

The news out of our neighbor Idaho has had me wondering this for some time, what with all the medical triaging, book banning and “Handmaid’s Tale”-style running for the borders of Washington and Oregon that has been going on over there lately.

But now Idaho has wormholed itself all the way back to the stagecoach era of the 1860s.

Those sure were the days — if you were a man, anyway. 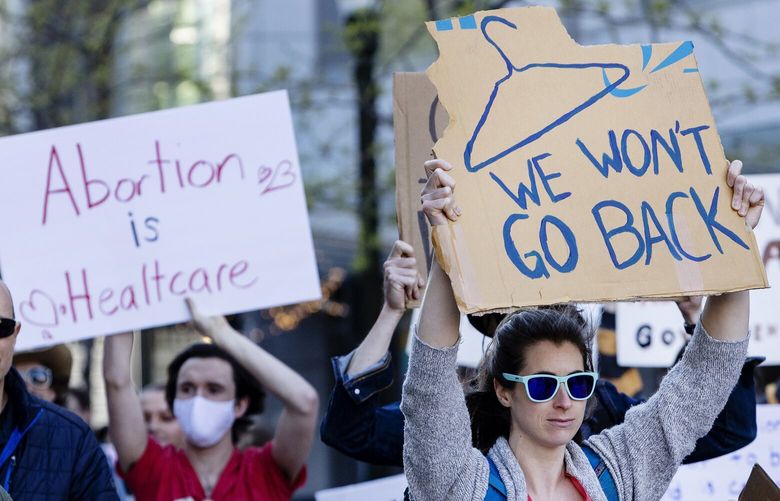 You may have seen the news that the University of Idaho, located in Moscow on the Washington state border, recently announced that its staff could no longer provide birth control to students — or even talk with their young charges about this rather vital subject in most circumstances.

Why? Because of an Idaho law, first written in the territorial days in 1867, that covers both abortion and contraception and is now apparently back in action due to the U.S. Supreme Court striking down Roe v. Wade last summer.

The antique law says, among other things, that anyone who is not a licensed physician who “publishes any notice or advertisement of any medicine or means … or offers his services … for the prevention of conception,” is guilty of a felony.

“The scope of what is meant by ‘prevention of conception’ … is unclear and untested in the courts,” the University of Idaho’s general counsel wrote in a seven-page memo to all employees last week. “Since violation is considered a felony, we are advising a conservative approach here, that the university not provide standard birth control itself.”

The memo warned that university staff could be fined and fired.

When I went to college, they had bowls of condoms in the counselors’ offices. But that was last century — which is looking positively modern in retrospect. Idaho is leapfrogging back two centuries.

The old law, which legislators updated in 1972, also includes provisions about abortion. So it was effectively considered moot when Roe was decided in 1973. But now that Roe is gone and abortion is illegal once again in Idaho, the law’s been exhumed from the Wild West graveyard.

The university is particularly skittish because Idaho also passed a law in 2021 dictating that no public funds could be used to refer people to abortion providers, or even counsel them on the issue. Because the contraception language quoted above is intermixed with an abortion code, the university has decided that its own staffers also can’t talk about birth control.

Students would have to go to licensed health care providers that don’t use public funds.

In the weirdest parsing, the memo says condoms could possibly be provided to students, but only if they are advertised as being for the prevention of disease. If students are told they are for preventing pregnancy — that would constitute a felony.

I guess just as Wazzu students have historically made exciting liquor runs into Idaho, Idaho students could start a tradition of making exhilarating birth control dashes over to Pullman.

“I’m afraid it’s going to scare people from going to school here,” a former faculty member of the University of Idaho’s College of Law told The Associated Press.

“The University of Idaho’s announcement is the canary in the coal mine — an early sign of the larger, coordinated effort to attack birth control access,” said Rebecca Gibron, CEO of Planned Parenthood Great Northwest.

At least one Supreme Court Justice, Clarence Thomas, vowed to go after the right to contraception next. So this isn’t an idle concern.

I keep focusing on Idaho because anytime it does something retrograde, its patients flee to Washington for care. It happened during COVID and it’s happening now with abortion. But Idaho’s not the only state going all medieval. Last week, a law dated to the 1860s that banned all abortions was revived by a judge in Arizona.

Summed up EJ Montini, columnist for The Arizona Republic: “The Republicans who control the state Legislature finally have the women of Arizona right where they want them: In 1864.”

These laws were written a half-century before women were allowed to vote.

Some people warned that canceling a constitutional right in sweeping fashion would cause mayhem. The three justices in the dissent described how there would likely be upheaval around the country about what to do in cases of rape, incest, ectopic pregnancies, morning-after pills, IUDs, in vitro fertilization, and so on. Legally speaking, the nation — mostly its women, but also its health professionals — would be suddenly yanked decades backward in time.

That was only three months ago. All of it has come to pass, already.

“The majority’s refusal even to consider the life-altering consequences of reversing Roe … is a stunning indictment,” they wrote.

I’ve never been a fan of term limits, because I’ve always been a believer in the power of democracy to hit the reset button. To lurch, in fits and starts, in the general direction of progress. To clear out periodically what’s accreted in our politics: the old laws, old justices, old politicians, old men.

But when you find yourself repeatedly wondering “what century are we living in,” maybe it’s time to reconsider.