This autumn’s coronavirus surge was as foreseeable as fall’s fading light.

“We are looking at a deadly December,” the head of the University of Washington’s Institute for Health Metrics and Evaluation, Christopher Murray, predicted on Sept. 3 — two and half months ago. “I don’t think perhaps that’s a surprise.”

So it was maddening, when Gov. Jay Inslee announced that we’re understandably closing down indoor use of restaurants, bars and gyms again, that the state seemed caught flat-footed on how it might get some relief aid to all those now-cratering businesses.

“All of us would like to have had the financial aspects of this totally resolved when we announced this today,” Inslee conceded, when he ordered restaurants closed for a four-week period starting Wednesday.

OK, but why didn’t they?

As Thomas Gilbert, a UW business professor, told this newspaper Monday, “It’s the same as last spring … if you’re going to shut [businesses] down, you need to take over their payroll and their fixed expenses — otherwise, these businesses will go bankrupt.”

There’s one huge difference with last spring: This time we knew it was coming. We had months to get ready. Instead, thousands of local businesses now are twisting in the pandemic wind.

Inslee deserves an “A” grade for his handling of the public-health side of this contagion. We were the first known epicenter in America. But as he has noted, we have managed the disease spread better than all but five much smaller states (only Oregon, Hawaii, New Hampshire, Maine and Vermont have lower case rates).

On the economic-relief side, though, it’s been mostly caution and hand-waving plus the embarrassment of the Nigerian scam ring bilking the state unemployment system out of hundreds of millions of dollars.

“My members are saying, ‘I’m out of cash here,’ ” says Anthony Anton, head of the state restaurant association. “Last time we had other things to help us survive. Now it’s ‘How can I get through another week, maybe another month?’ It’s down to survival instinct.”

The governor sought to explain this predicament in a news conference Tuesday. First, he said he hopes to roll out a $50 million grant and loan program for small business as soon as this week. That’s something, but with more than 15,500 food and drink establishments in the state, it’s only three grand per place. That’ll help a little for about a week.

Two, Inslee insisted his hands are tied waiting for another financial bailout package from Congress.

“The difficulty is the persistent lack of action by the federal government,” he said.

It’s true the feds seem to be in a sort of postelection torpor. But that didn’t discourage the Democratic governor of Colorado from announcing his own $1.3 billion COVID-19 relief recovery plan this week, with direct payments to residents as well as businesses. That’s in a much smaller state than ours.

There’s no reason our state couldn’t provide aid to shuttered businesses now, when they desperately need it, and then recoup the money later, either with a federal bailout if it comes, or with our own revenue plan (another word for which is “taxes”).

There is one group that stepped up to do exactly that. Everybody loves to dunk on the Seattle City Council, including me. But when everyone was fiddling around waiting for somebody else to do some COVID-19 relief, Seattle acted.

Remember? Last summer the council grappled in advance with all of this — how the virus isn’t done with us yet, and how small businesses and laid-off workers were likely to need a boost come the fall and winter. 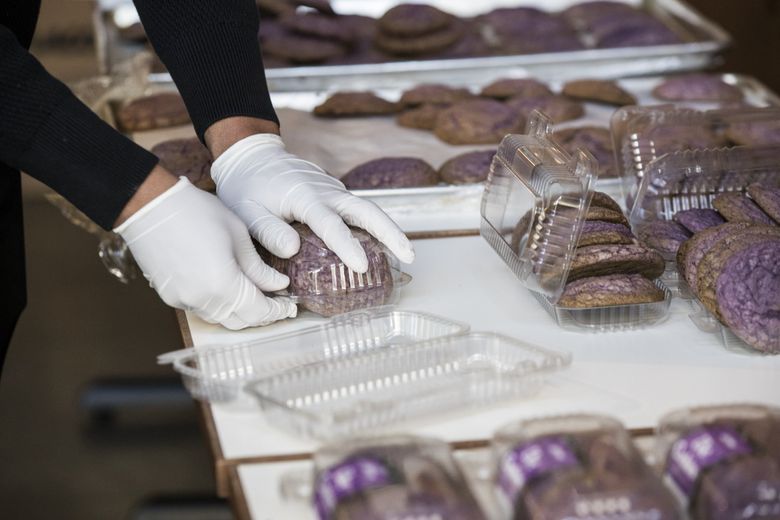 Seattle taking applications from small businesses for next round of $10,000 COVID-relief grants

So they passed a payroll tax on high earners at big businesses, such as Amazon, set to start in 2021. As part of that plan, they authorized $86 million in emergency COVID-19 relief, to be paid back later when the payroll tax kicks in.

That $86 million was whittled down in a deal with the mayor. But the bottom line is that right now, shuttered restaurants within Seattle city limits can apply for $10,000 relief grants because of this plan.

Then there’s this: Since the “Jumpstart Seattle” tax passed, Amazon revealed that the pandemic has produced by far the two richest quarters in company history, with $11.57 billion in profits. Even if Amazon alone had to pay all $200 million of Seattle’s new tax, which it doesn’t, that would shave down two quarters of its profits to … $11.37 billion. Less than 2%.

The point of all this is that economic stimulus is the most unsung tool for beating this virus. Want people and businesses to do the right thing on virus control? Then make it so they aren’t also fighting for their economic lives. Need to pay for it? We’ve got the means right here, and Seattle gave a blueprint with its big-business payroll-tax plan.

Inslee just got reelected to a third term in a landslide. That’s a mandate, and it’s time to use it. Or here’s another prediction: This winter, coming before our hoped-for “vaccine spring,” will be needlessly dark for a heck of a lot of our own.