An effort to recall Seattle City Councilmember Kshama Sawant led in Tuesday night’s vote count with about 53% supporting her removal from office, as voters in her district took part in a historic election to decide whether the outspoken socialist politician should be ousted or retained.

Additional votes will be counted in the coming days.

The standalone election is the first-ever recall of a council member to reach a ballot in Seattle and was held just over a month after a general election that saw the city’s voters elect a new mayor, city attorney and two at-large council members.

“I think we’ve done a great job,” Bridger said. “People were really tired of not being listened to by Sawant. I think they stepped up and are telling her she finally has to listen to us.”

At a Capitol Hill music venue adorned with red signs with pro-Sawant messages, the council member told supporters to wait and see as additional votes are tallied.

“In every one of our elections, there has been a dramatic swing after election night in our direction,” Sawant said. “While we cannot be sure of the final result, if past trends hold, it appears working people may have prevailed in this fight.”

She added: “Win or lose, we should not forget the ruling class keeps going after us because we have shown how to win for the working class. Not once, not twice, but repeatedly with unprecedented victories.”

Tuesday’s count represented about 41% of District 3’s  77,579 registered voters. Leading up to the recall election, King County Elections suggested the turnout could land at 50%, calling that a perhaps conservative estimate. It’s not yet known where the turnout will actually end up. With 50% turnout, Sawant would need to win about 65% of the remaining votes to retain her council seat.

In Tuesday’s election, District 3 voters were asked one question: “Shall City of Seattle Councilmember Kshama Sawant be recalled from office?”

The election caps a year-plus campaign by recall supporters to remove Sawant.

Sawant, a former software engineer, was first elected to the City Council in 2013 when she defeated incumbent four-term Councilmember Richard Conlin. Then 41, Sawant had made a name for herself as an Occupy Seattle protester, advocating rent control and a $15-an-hour minimum wage. 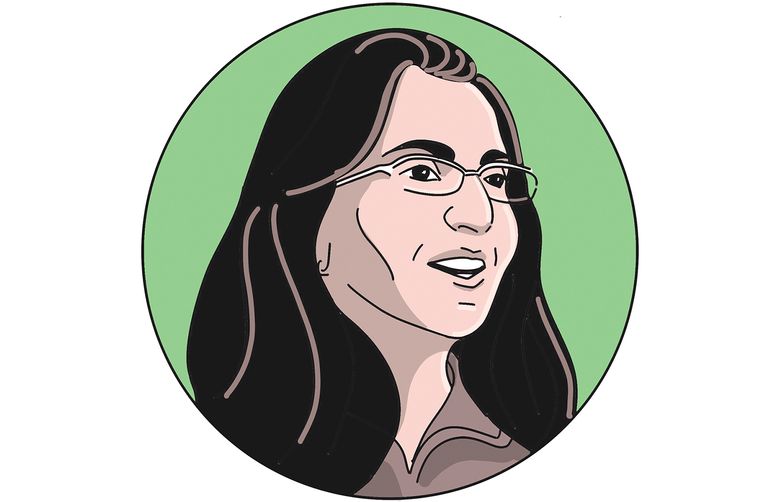 Sawant was reelected in 2015 when the city’s seven districts were formed, and again in 2019 to represent District 3 — including Capitol Hill, the Central District, First Hill, Madison Park, Little Saigon International District, Madrona and Mount Baker.

Since being elected she has been perceived by many as a polarizing factor on the council.

That persona, and some of her actions during the summer of 2020, helped fuel the recall effort.

The charges, brought by a group of constituents and others, and approved by the state Supreme Court, allege three counts of “misfeasance, malfeasance and violation of the oath of office,” stemming from three incidents in 2020.

First, in a charge Sawant does not deny, but says was unintentional and too minor to justify a recall, she is accused of using over $1,700 in city resources to support a proposed Tax Amazon ballot initiative and acting out of compliance with public disclosure requirements, related to those expenses. In May, she settled with the Seattle Ethics and Elections Commission for twice the amount she spent.

The second charge accuses her of disobeying state COVID-19 orders by unlocking City Hall to hundreds of protesters on one occasion during the height of Seattle’s racial justice protests in June 2020. Sawant does not deny opening City Hall, but says the action did not violate any laws and was pivotal to local participants of the Black Lives Matter movement.

The third charge accuses Sawant of leading a protest march to Mayor Jenny Durkan’s house, though Durkan’s address is protected by a state confidentiality program because of her past work as a federal prosecutor.

Sawant admits she participated in the march, but denies having organized the event, and in a recent interview, claims she did not know where the march was headed. The march was advertised on Facebook and in an email announcement before the event as a “March on the Mayor’s Mansion” organized by the Democratic Socialists of America.

In office, Sawant has served as the furthest left and unabashedly most activist member of the council. Her approach as a surrogate for community activists and adversary to all things corporate has sometimes put her at loggerheads with her eight more moderate colleagues, but at other times persuaded council members to adopt progressive policies.

Her platform and demeanor have stayed consistent throughout her eight years in office, as she voted “no” on her eighth consecutive budget as the only dissenting council member, and continued to advocate for renters at a First Hill apartment complex in the month leading to her impending recall.

Before Tuesday’s vote count was announced, speakers at Sawant’s gathering — including Seattle Black Panthers founding member Aaron Dixon and Matt Miller, a member of the Democratic Socialists of America National Committee — urged supporters to continue the council member’s fight no matter the outcome of the recall election.

The remaining votes in the recall will be counted and shared around 4 p.m. each subsequent day until Friday, according to King County Elections Chief of Staff Kendall Hodson.

If Sawant is recalled, she will be removed from office once results are certified on Dec. 17. The remaining eight council members would have 20 days to appoint a replacement who would represent the district until a special election in November 2022.

Estimating voter turnout is difficult because the election has little historical precedent, according to Hodson, since it is the first recall of a Seattle council member to ever make it on the ballot.

“Standalone recalls are really rare, so there’s not a lot of history to go on,” Hodson said.

Sawant and her supporters criticized the timing of the election — coming between Thanksgiving and Christmas, and just over a month after the city’s general election — arguing that it would inconvenience some voters or dissuade them from participating.

King County Director of Elections Julie Wise said in a statement in June that the timing was carefully chosen.

“A number of factors influenced our decision to set the recall election on December 7. With both the November General and February Special elections being outside of the realm of possibility, we looked at dates that would reduce overlap between elections for our voters and sought to avoid the busy December holiday season as much as possible,” Wise wrote.