Just five of 18 investigations into police use of deadly force reviewed by the Washington state attorney general’s office met all the requirements of an independent investigation called for after the passage of a new police accountability law, according to a report released Friday.

Attorney General Bob Ferguson in June ordered a review of all police deadly-force incidents in Washington since January 2020, when new rules called for under the voter-approved Initiative 940 went into effect.

The review followed revelations, reported in The Seattle Times, that the Pierce County Sheriff’s Department failed to comply with the requirements of I-940 while investigating the suffocation death of Manuel Ellis while in Tacoma police custody.

Overall, the report found that most of the regional Independent Investigative Teams (IITs) formed to review police shootings are trying — with varying degrees of effort and success — to comply with the spirit if not the letter of I-940, which requires independent, conflict-free and transparent investigations into police uses of deadly force.

“These findings represent a snapshot of the first six months after the new rules became effective” on Jan. 6, 2020, the report states, pointing out that “government agencies can experience challenges with the initial implementation of new rules.”

The attorney general’s office had made it clear — over the objections of the families of victims of police violence and reformers — that it could not review the adequacy or conclusions of the investigations themselves or look at any that occurred before the new law took effect. The attorney general sent out a survey to see how well local police and sheriffs are complying with the reforms, which require public involvement and transparency, including allowing appointing members of the public inside the deadly-force investigations.

Annalesa Thomas, whose unarmed son, Leonard, was killed by a Lakewood police-led SWAT team in 2013, said she’s concerned that Ferguson’s report will be seen as an endorsement of the investigations themselves.

“He is clearly sending the wrong message to the legislative body that there is a definite need for a completely independent investigative team,” said Thomas, whose family sued and won a $15 million federal civil-rights verdict. Thomas used some of that money to support the passage of I-940 and form Next Steps Washington, a community-based police reform group.

“The bottom line is that the police are still investigating police,” Thomas said. “These investigations are flawed with conflict of interest.” 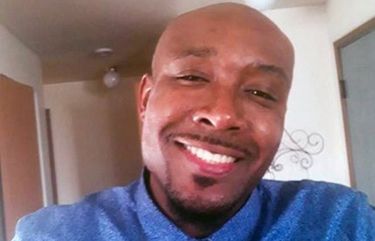 While the attorney general’s office began with a list of roughly 30 incidents culled from news accounts, the report says Ferguson’s office wound up looking at 18 investigations conducted by 12 of the state’s 14 regional IITs, which are composed of detectives from several area agencies. When a deadly-force incident occurs, detectives from the agency involved are excluded from the investigation, with a goal of minimizing conflicts of interest.

Ferguson also gathered survey results from 10 individuals who had been appointed community observers of the investigations after signing stringent confidentiality agreements.

The attorney general’s office found just seven of the 18 investigations involved the requisite two community members, who also are supposed to review and vet conflict of interest forms provided by IIT detectives. Five others involved at least one community member, the survey found.

Ferguson’s office said improvements are being seen in this area, particularly. “Several IITs subsequently reported improved processes to comply with the new regulations, including the provisions regarding non-law enforcement community representatives,” the report said.

“In general, IITs must improve compliance with the provision that requires IITs to select at least two non-law enforcement community representatives to assist with each investigation,” the attorney general’s review concluded.

Two agencies refused to cooperate and did not return the attorney general’s questionnaire. One was the Pierce County Sheriff’s Department, which had the Ellis homicide investigation taken away from it after it came to light that a sheriff’s deputy was at the scene and helped restrain Ellis, who died on March 3 from suffocation while in Tacoma police custody. The Washington State Patrol is now reviewing Ellis’ death.

The other was the Region 3 Critical Incident Investigation Team, made up of detectives from Thurston, Lewis, Pacific, Grays Harbor and Mason counties. The Region 3 team is currently investigating the deaths of Sok Chin Son, shot by a Thurston County sheriff’s deputy in January 2020; Kathryn Hale, who was shot by a Mason County sheriff’s deputy; and a case only described as an “unidentified individual.”

The Region 3 IIT instead offered to share the investigative files for those cases, but that information was not sufficient for the survey, the attorney general wrote. The Mason County Sheriff’s Office — the lead agency for the Region 3 team — did not return a telephone message seeking comment.

A Seattle Times review of the Ellis investigation showed numerous instances where the Pierce County Sheriff’s Office had not met the requirements of I-940.

Ferguson stressed that public participation is key to the success of the independent investigative team model and the state’s efforts to make police use-of-force investigations reliable and transparent. While fewer than half of the agencies were successful at integrating civilians into the process, progress is being made.