But when the 60-year-old died last month in Richland, he’d been fighting COVID-19 in intensive care for 10 days without his wife and seven kids by his side.

The last time his wife saw him in person before his final hours, hospital workers were helping him from the car through the emergency room doors.

At the end, she and a daughter were let into his hospital room. They held his hand and laid a warm blanket on him. Two of his other children were allowed to speak with him briefly.

“(He) knew we were saying goodbye,” daughter Grecia Olivera, of Pasco, said.

Mr. Olivera died April 20 from complications of COVID-19 — one of dozens of known victims to date in the Tri-Cities area.

She said that’s what people should be protesting, not having to stay home and not being allowed to go to work.

The Pasco man did the physically demanding work of a butcher at the Tyson Fresh Meats beef-packaging plant, where a coronavirus outbreak has infected more than 100 people.

In mid-March, before Lupe Olivera became fatally ill with COVID-19, Nancy Olivera recalls texting her father amid rising concerns about the pandemic. She asked what special precautions were in place at the plant and was dismayed by his response: “There was nothing. It was business as usual.” 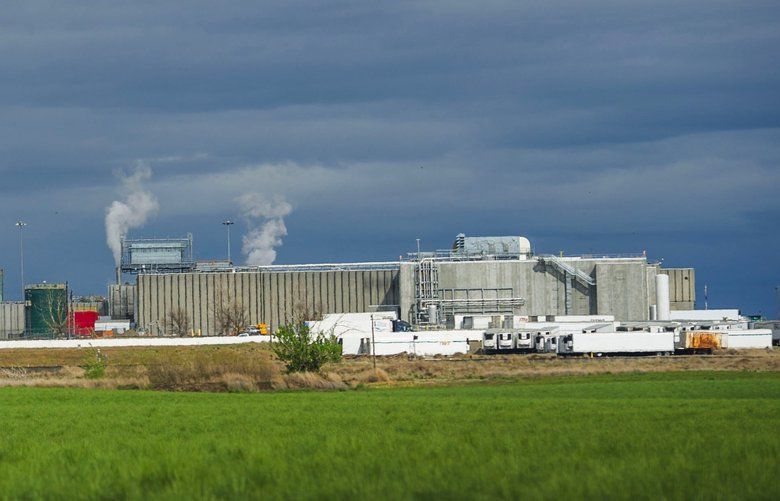 From professor to butcher

Before immigrating to the United States, he’d earned a master’s degree in business management and accounting in Mexico. There he had worked as a college professor and for a large company, his daughter said.

But when the company he worked for went out of business, he moved to the United States to be closer to his children.

All seven of his grown children now live in Washington state, most of them in the Tri-Cities.

Soon after moving up from California, Mr. Olivera started at Tyson. He worked there for 12 to 13 years, his daughter told the Tri-City Herald. There, he was encouraged to study for his general equivalency degree. But when he was given the study guide, he said he didn’t need it.

He took the test on the spot and passed it, Nancy Olivera said. “He was very smart.”

His joys in life were traveling with his wife, Maria Guadalupe Hernandez, and his two beloved Chihuahuas.

He took a month off each year so he and Maria could travel to Mexico, sending pictures to show his kids how much fun they were having. One year, he won a community fishing contest for catching the largest swordfish off the lower Pacific Coast.

The couple visited Las Vegas annually and liked to tour national parks. He was considering buying an RV for their travels, trying to figure out where to park it in the Tri-Cities.

Mr. Olivera also enjoyed fixing up houses, mostly in Kennewick, doing the work himself. He flipped some homes and others he rented, his daughter said.

At the age of 60, he was just barely in the age group of people at higher risk of severe COVID-19 complications. He also had an underlying health condition, diabetes, that put him at increased risk, though his daughter said he kept it well-controlled.

“I don’t remember a time when it slowed him down,” she said.

Mr. Olivera developed symptoms in late March and had seen information about the new coronavirus in the news. That prompted him to overcome his usual reluctance to seek medical help.

But with few testing supplies for COVID-19 available in the Tri-Cities, he was not tested for the virus. Instead, he was told he may have pneumonia. He was sent home with antibiotics and improved a bit. But then, his condition worsened and doctors agreed to test him.

The test came back positive around April 1.

When he began to have trouble talking and became agitated, his wife drove him to Kadlec Regional Medical Center in Richland, rather than calling an ambulance. Her son-in-law is a firefighter, so she knew the dangers first responders face with going to calls for infectious patients.

His wife later also would test positive for COVID-19, but she developed few symptoms.

At Kadlec, she was told to stay in the car as health care workers took her husband inside.

After that, his family could only see and talk to him through video chats.

Soon after he arrived at Kadlec, Mr. Olivera was put on a ventilator to help him breathe. He stayed on it until the day he died.

“We got to hold his hand. … We were talking to him for a bit while he was on the respirator. I rubbed his feet for a massage …” Gracia Olivera said.

“We said goodbye to my dad, and that is what we all wanted to say. It leaves me at peace to have seen him one last time before his passing,” she said.

His family is thankful for the staff at Kadlec.

Nancy Olivera said hospital employees worked hard to save him as the family waited to hear frustratingly infrequent updates from busy staff.

The team caring for him was “very professional” and appeared to treat him “with the utmost respect,” she said. And they never gave the family false hope.

A recent viewing was for just immediate family, with the many extended relatives and friends excluded from attending because of the pandemic, his daughter said.

Annette Cary
The Seattle Times does not append comment threads to stories from wire services such as the Associated Press, The New York Times, The Washington Post or Bloomberg News. Rather, we focus on discussions related to local stories by our own staff. You can read more about our community policies here.
Advertising