Skip to content
By
MEAD GRUVER
The Associated Press

CHEYENNE, Wyo. — The U.S. Supreme Court decided Monday that it won’t allow Wyoming and Montana to sue Washington state for denying a key permit to build an export dock that would have sent coal to Asia.

Justices Clarence Thomas and Samuel Alito voted in the minority in the ruling against letting the two states sue the third in a case that would have gone directly before the high court.

The two major coal mining states have sought to boost exports to prop up an industry in decline for a decade as U.S. utilities switch to gas-fired power and renewable energy.

The Washington state Department of Ecology in 2017 denied a permit for the export dock, saying the facility on the Columbia River would cause “irreparable and unavoidable” environmental harm.

Denying the permit violated the U.S. Constitution’s prohibition against trade protectionism between states, the coal states argued in 2020.

Washington state officials were not trying to block Wyoming and Montana coal but acted because of “valid environmental concerns” about the dock, attorneys for the state argued in a court filing later that year. 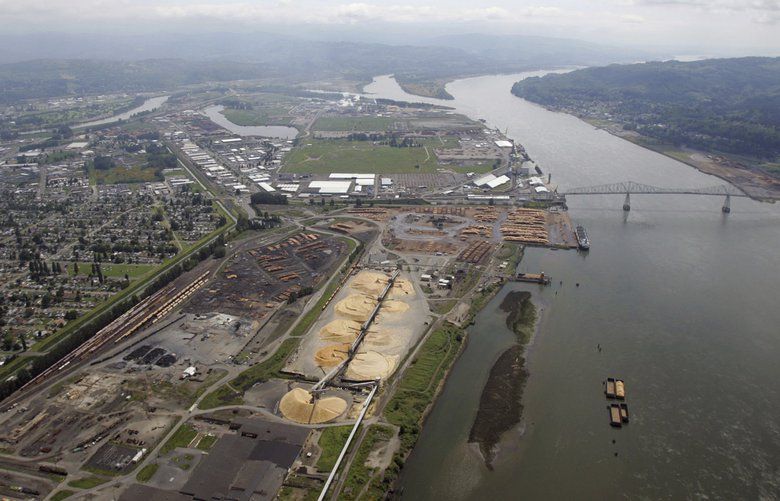 In any event, the developer of the Millennium Bulk Terminal project went bankrupt and the project wouldn’t proceed, U.S. Solicitor General Elizabeth Prelogar argued in May.

“We are glad to today mark the end of a long chapter in the debate over coal export in Washington state,” Lee said by email.

“This case was never about a single permit or product. It was about the ability of one state to engage in lawful interstate commerce without the interference of another state,” Gordon said.

Wyoming this year set aside $1 million to help Gordon’s office pursue the lawsuit and potentially file others against states with policies leading to the early shutdown of Wyoming coal-fired power plants.

More from the Supreme Court