Gov. Jay Inslee’s office has directed the city of Selah to retract or rescind its proclamation that it would not enforce the state’s stay-at-home order.

Kathryn Leathers, general counsel for the governor’s office, sent a letter Monday to Selah Mayor Sherry Raymond about a proclamation she made Friday saying Selah won’t enforce the governor’s order, which is intended to slow the spread of COVID-19. Leathers said Selah’s proclamation is “unlawful.” 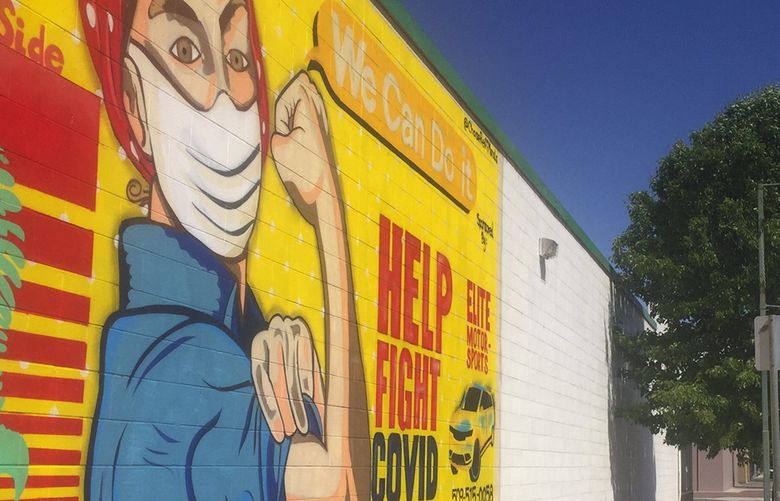 In virus hotspot, tension over reopening vs. protections

“The action you have taken knowingly and intentionally violates an order issued by the governor pursuant to his emergency powers, see RCW 43.06.220(1), and therefore violates state law,” she wrote. “And it encourages Selah residents and business owners, to their detriment, to violate the governor’s order and state law.”

Raymond said Monday night that if the proclamation turns out to be illegal, she will take it back. Her belief won’t change, however: that it’s not the city’s job to enforce the state’s stay-at-home order.

She added that the proclamation was not a means to open up the community for new business and social activity.

“The only thing I’m saying is that we’re not going to seek out people who are not being responsible,” she said. “That’s not our job.”

She said people have been asking the city to punish residents who are sitting together outside restaurants, including the one she owns, King’s Row, or children playing at local parks.

“We cannot spend all our time chasing these calls,” she said.

Selah’s proclamation states that city employees and police would not investigate or punish any resident who wants to operate or patronize a business.

In the letter, Leathers writes that Raymond cannot direct city employees to disregard the law and insulate them from state law enforcement. The city cannot protect “any resident from state action to enforce state law.”

In other words, workers and business owners cannot rely on an unlawful local proclamation and conflicting local guidance to defend against state enforcement, Leathers wrote. “More importantly, your action puts lives at risk.”

The letter states that under the first step of enforcement, the focus is on education to encourage voluntary compliance rather than impose sanctions. However, the letter warns that Inslee could direct that criminal and civil charges be pursued as a last resort if individuals or businesses decline to comply after repeated efforts to achieve compliance.

Raymond said she’s not sure if the proclamation will come up during a Tuesday council meeting since it was not a council action.

Yakima County has the highest rate of COVID-19 cases per capita on the West Coast.

Meanwhile, those who participated in two “cruising” events in downtown Yakima over the weekend were not authorized to do so, the city of Yakima said.

Organizers did not have a permit to hold either event, said Randy Beehler, spokesman for the city of Yakima.

Such events would have been discouraged because of the state’s stay-at-home order, but the events also fell outside the allowed periods for cruising, Beehler said. The city typically allows cruising activity from 6 to 10 p.m. on the second and third Saturdays of June, July, August and September.

That did not deter Yakima Councilman Jason White, who streamed part of Saturday’s cruise night on Facebook. White has criticized the local and state COVID-19 response and encouraged residents to defy the stay-at-home order.

Beehler said the city’s approach is to educate the public as well as encourage personal compliance with stay-at-home orders. The city plans to communicate the importance of following the state stay-at-home order and to discourage events such as the ones held last weekend.