Skip to content
By
NICOLE BLANCHARD
The Idaho Statesman

An Idaho father and son will serve jail time, pay thousands in fines and be banned from hunting for years after pleading guilty to poaching a female grizzly bear near Yellowstone National Park last year.

Jared and Rex Baum, of Ashton, shot the bear more than a dozen times on March 16, 2021, leaving her carcass in Little Warm River, Fremont County, where Idaho Department of Fish and Game conservation officers found her a few weeks later.

According to a Fish and Game news release, the father, 79-year-old Rex Baum, pleaded guilty to a misdemeanor — attempting the unlawful take of wildlife. He will serve three days in the Fremont County jail, pay more than $1,000 in fines and penalties and be banned from hunting for the next decade. His son faces a heftier punishment after pleading guilty to unlawful killing of wildlife with a reimbursable damage assessment of more than $1,000, which is a felony. Jared Baum will serve 30 days in jail, three years of probation and pay more than $12,000 in fines and penalties. He is banned from hunting for life. 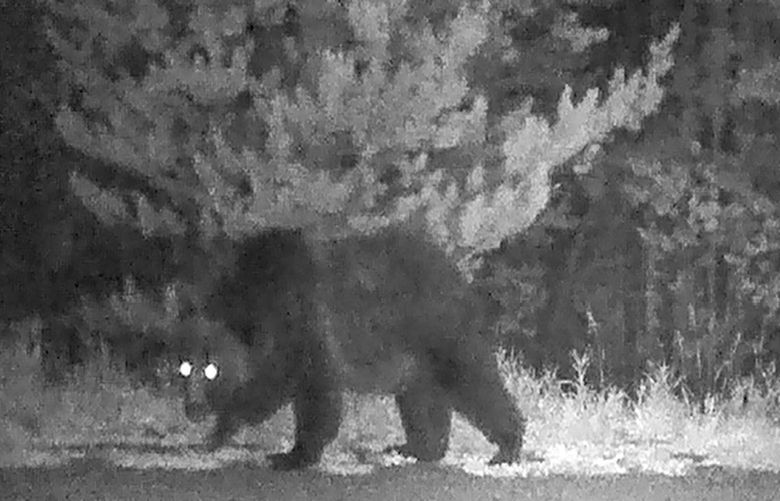 Both men’s hunting bans bar them from hunting in Idaho and 47 other states.

Fish and Game officers discovered the grizzly’s remains on April 9, 2021, after receiving a mortality signal from the radio tracking collar the bear wore. X-rays of the bear revealed she had 12 bullets and one bullet fragment in her body. Conservation officers also visited the bear’s den, where a male cub was found dead as a result of its mother’s death.

The agency sent a warrant to Google for records of any electronic devices in the area around the time the bear was killed. The results of that warrant led them to Jared Baum. In November, Baum admitted to shooting the bear with a Ruger-57 handgun but alleged he believed it was a black bear.

“Jared then told officers that he had tracked the bear and thought he had shot it 40 times as it was running downstream towards the Little Warm River,” the Fish and Game news release said. “After Jared saw that it was a grizzly, he said he realized he had shot her too many times and she was going to die, so he finished her.”

Rex Baum also shot at the bear with a Ruger 57. Jared told investigators he disposed of both firearms by throwing them in a pond. They were not recovered.