If you’re looking to move somewhere safe in Washington state, you might want to consider Oak Harbor on Whidbey Island, West Richland in Benton County, Camas near Portland, Snoqualmie or Bainbridge Island.

Those are the safest Washington cities, according to a recent analysis of FBI data by the National Council for Home Safety and Security, a trade organization for home-security businesses. The analysis looked at statistics for violent crime and property crime.

“Washington’s crime situation is a bit unusual,” according to the report. “The state boasts a violent crime rate considerably below the national average, yet has a significant property crime issue, mainly in Seattle and its other large cities. Nevertheless, Washington is home to a handful of cities where neither violent nor property crime are a significant issue.”

To identify the safest cities, researchers reviewed the most recent FBI Uniform Crime Report statistics, eliminating any cities that failed to submit a complete crime report to the FBI and cities with populations under 10,000. This left 3,381 U.S. cities, including 73 in Washington that met the criteria.

To find the crime rates, the company added up the number of violent crimes (murder, manslaughter, rape, robbery and aggravated assault) and property crimes (which include burglary, motor-vehicle theft and arson) in a city in 2018, then divided that number by a city’s population.

In addition, the number of crimes was divided by the number of law-enforcement employees to arrive at what the study calls “police adequacy.” The two tallies combined to create a safety score for each city.

Oak Harbor, West Richland and Snoqualmie also made the top five in last year’s rankings, along with Sunnyside and Enumclaw. Scoring as least safe that year were University Place, Spokane, Tacoma, Federal Way and Kent.

This year, the bottom five positions in the rankings go to:

Seattle earned a worse ranking based on 2018 numbers (61st) than the previous year (46th), when compared to the other Washington cities in the report.

But looking at 2019 numbers, and comparing Seattle only to itself, crime is down across the board. According to year-end figures from Seattle police, property crime dropped 6% year over year, with the raw number of property crimes (mostly thefts) the lowest it’s been since 2013. Violent crime was down 4% compared to 2018, and the violent crime rate was the second-lowest it’s been in a decade. 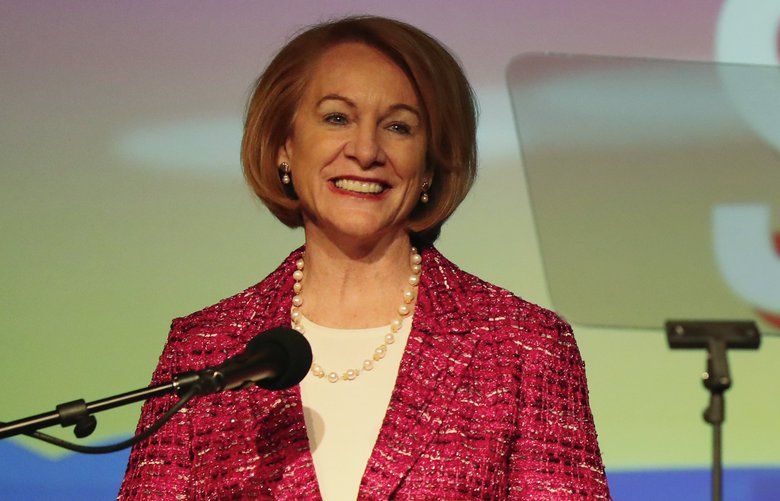 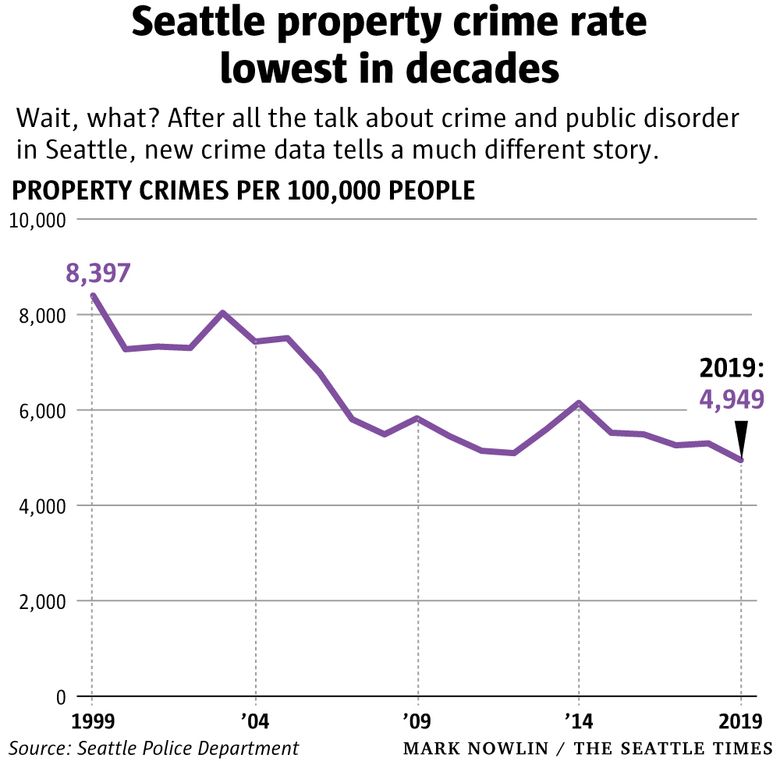