The family of a 17-year-old Des Moines student who was shot to death by King County sheriff’s detectives during a misguided sting operation in 2017 will settle a civil-rights lawsuit for $2.25 million, an apology and a promise by Sheriff Mitzi Johanknecht to pursue a new policy — to be named after the boy, Mi’Chance Dunlap-Gittens — that would require her deputies to use body and dash cameras.

The settlement, negotiated last week during a federal court mediation and announced Monday, also includes a provision that Johanknecht will sit down with Dunlap-Gittens’ parents and go over the office’s upcoming response to a blistering report on the shooting issued by the county’s Office of Law Enforcement Oversight in February, said Tiffany Cartwright, the Seattle civil-rights lawyer representing Alexis Dunlap, the boy’s mother.

In a brief joint statement announcing the settlement — which did not include the dollar amount — King County stated that it “extends its condolences to the Dunlap-Gittens family and apologizes for the loss of life.” 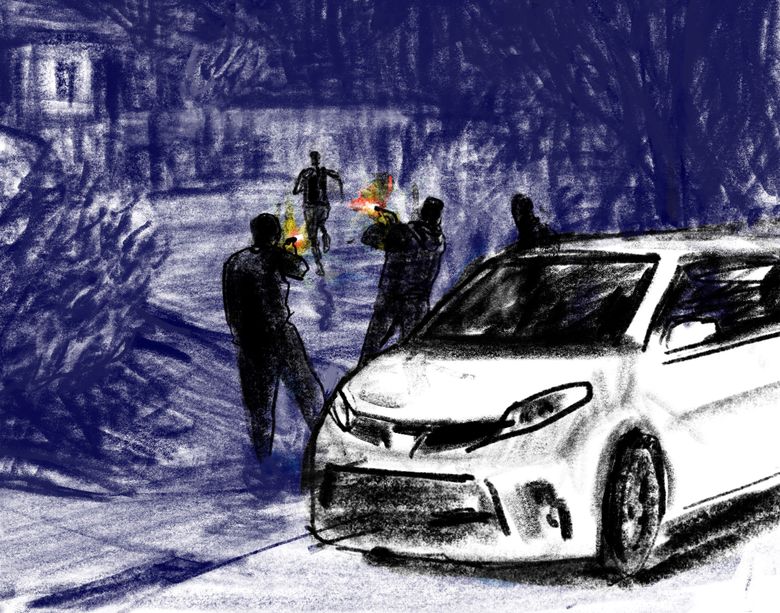 The boy’s father, Frank Gittens, said the non-monetary provisions of the settlement, including the push toward dash and body cameras, is a “major victory and I think Chance will be smiling down on us.”

“I don’t want any other family to go through what we went through,” he said. His attorney, James Bible, said that a “lot of work remains to ensure this agreement is lived up to.”

Any efforts to implement dash or body cameras into the King County Sheriff’s Office — one of the largest agencies in the state that doesn’t require video recordings of its officers’ actions — would require approval by the King County Police Officer’s Guild, which has opposed such reforms in the past.

“Both parties are committed to moving forward in a way that will focus on opportunities for improvement in police practices that will protect the safety of citizens and officers alike,” said the joint statement by the county and the family. “In particular, the Sheriff and the Dunlap-Gittens family have agreed to explore a partnership in advocating for the adoption of body-worn and dash-mounted cameras by KCSO officers.

“King County extends its condolences to the Dunlap-Gittens family and apologizes for the loss of life,” the statement said.

Dunlap-Gittens, a high school senior who wanted to be a lawyer, was killed as he tried to flee from three plainclothes detectives who sprang from the back of an unmarked van on a darkened Des Moines street the night of Jan. 27, 2017. Dunlap-Gittens and a 16-year-old companion, DaJohntae Richard, had been deceived by sheriff’s detectives into believing the van contained a teenage prostitute and her pimp who wanted to buy several bottles of illicit alcohol Richard had been trying to sell on social media. Dunlap-Gittens, Richard later testified, had agreed to help him carry the bottles.

The van actually contained an arrest team that mistakenly believed Richard had been involved in a hit-and-run two days earlier that had claimed the life of 22-year-old Moises Radcliffe, the adopted son of a Seattle police officer. The first deputy out of the van and the officer who fired the first shot, identified as Sgt. Todd Miller, had been one of the first deputies on the scene of the Radcliffe homicide and had tried to save the dying man’s life. Questions were raised internally about whether Miller might have been emotionally invested in the case and whether he should have been in the van.

The other deputies who fired were Joe Eshom, who fired three rounds, including the fatal shot to the back of Dunlap-Gittens’ head; and Reed Jones, who fired eight rounds. The raid had been planned, in violation of sheriff’s department policies and protocols, by Detective Mike Garske, according to department findings and court documents.

None of the deputies was disciplined, and they were cleared by a King County Coroner’s Inquest, although the jurors were not allowed to hear of the missteps and poor planning that led up to the shooting.

Both boys had guns — Richard later said they were worried about being ripped off — and the detectives later said Dunlap-Gittens reached for his weapon and they had to defend themselves. Tests later showed Dunlap-Gittens’ gun had not been fired. He was shot five times, with four of the bullets striking him in the back as he ran up a driveway toward his apartment. One of the bullets hit him in the back of the head. He died later that day.

An internal investigation conducted over the next year cleared the officers of wrongdoing. However, an Administrative Review Team (ART) report was sharply critical of the tactics, and made 20 recommendations to address issues ranging from ensuring deputies are adequately identified as law enforcement to making sure training records are up to date. It suggested sweeping training and policy changes dealing with undercover operations.

In a scathing report commissioned by the county’s civilian-run Office of Law Enforcement Oversight, the Los Angeles-based OIR Group, found that none of those recommendations were implemented. OIR President Michael Gennaco, a former civil-rights lawyer with the Department of Justice who has reviewed more than 600 officer-involved shootings, said no discipline or remedial action was taken against anyone, suggesting acceptance of a poorly planned and executed operation that fell outside department policy and cost a teenager his life.

The Office of Law Enforcement Oversight’s civilian director, Deborah Jacobs, said in a statement that “It’s always positive when two parties reach an agreement rather than having to go through litigation.”

“We will look forward to learning more about the settlement, especially any focus on accountability measures for the future,” Jacobs said.