Every day at the Compass Center services office, where around 15,000 homeless and low-income Seattleites get their mail and use banking services, people ask about the stimulus check.

Only a few hundred checks have ever arrived, according to Emily Nye, day services lead at the center.

The people who haven’t received theirs are frustrated. They have punched walls, cried, yelled and called the police, saying staff stole their checks, said Nye.

“It’s infuriating — we wish we could do more,” she said.

Congress has now passed several rounds of stimulus payments — which combined equal $3,200 maximum per person — intended to offset layoffs, furloughs and other effects of the pandemic-battered economy. The checks have gone to about 161 million people in the U.S., according to a Thursday estimate from the Internal Revenue Service. 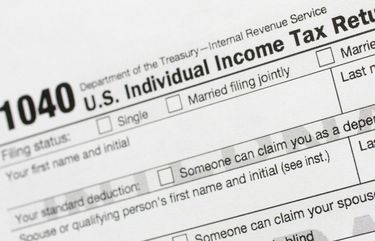 Homeless in King County? Here’s how to access your stimulus payments
Advertising

But changing rules from the federal government, misinformation, ID requirements and scarce access to technology, compounded by pandemic-caused shutdowns of libraries and day centers where homeless people would normally use computers, have made it especially hard for the poorest to receive checks at a crucial time.

Interviews with homeless people and staff at organizations that serve them reveal many people living outside or even in shelters haven’t received even one of the stimulus checks.

“It could be a life-changer — it could be that ingredient that really moves people back into prosperity,” said Donald Whitehead, executive director of the National Coalition for the Homeless, who has been homeless himself in the past. “If people can’t get that because of their homelessness, that would really, really be a tragic situation.”

The IRS directed questions from The Seattle Times to the Department of the Treasury, which sends out the mailed checks; the department did not respond to a request for comment.

The IRS has distributed information “reminding people who don’t have a permanent address” that they could still be eligible to receive stimulus payments from the government.

But without a permanent address, filing taxes is just part of the struggle; actually getting and cashing the check has proved harder for most people. The federal government has not offered ways to make that easier.

“The IRS is working hard on this effort, enabling millions of people who don’t normally file a tax return to receive these payments,” IRS Commissioner Chuck Rettig wrote in the news release. “But we need to do more, and we appreciate all the help we’ve been receiving from national and local groups to assist in this effort to reach the people who desperately need this help.”

Dosson McGee, 35, received his first stimulus payment and filed taxes to receive his second and third but he has yet to receive either. He’s homeless “part-time” and spends the rest of the time in his partner’s apartment. There, his partner says she received all three of her stimulus checks promptly.

McGee suspects the government is somehow delaying his checks specifically because his mailing address is associated with services for people who are impoverished. He even signed up for direct deposit to get the second check, but it still has yet to appear.

He’s not the only one who thinks the address may be the issue: Dawn Whitson, an outreach worker for Evergreen Treatment Services, found that her clients who put down addresses such as Compass, the Georgetown Food Bank and even her program’s office, weren’t receiving their checks on time. They would often receive a letter that said the check was on the way, but the check would never come, she said.

Now, filing taxes is the only way to get those checks — but even the clients she helped to file weeks ago haven’t received theirs.

When Whitson spoke to a local post office manager about the problem, he thought someone at federal postal service headquarters was perhaps flagging these locations where thousands of people collect their mail as potential sources of fraud.

“I said ‘Who can I speak to on the other side?’” Whitson said. “He was not able to direct me to anybody … This has been terribly frustrating.”

A postal service spokesperson said they make “every effort” to deliver to the three facilities Whitson named, and that they don’t declare such facilities “fraudulent.”

But Alison Eisinger, executive director of the Seattle-King County Coalition on Homelessness, says other members of her nonprofit coalition are seeing similar problems with the second and third stimulus checks. At Ballard Food Bank, she said, the postal service gave a heads-up when the first round of checks was coming last year, but there’s been no such communication about the second or third.

“These are all things that, if you’re housed or have access to the public libraries, are more addressable, I would say,” said Eisinger. “They’re still barriers, but under the current circumstances they are blockades.”

U.S. Rep. Pramila Jayapal, D-Seattle, met with Eisinger on Thursday to discuss the problem. And Sen. Patty Murray, D-Wash., said in a statement that she was “working diligently” to ensure COVID-19 relief is being distributed quickly, including to people living homeless.

“Homelessness should not be a barrier to this critical relief,” Murray said. “Delays are unacceptable and must be resolved. It’s the federal government and the IRS’ responsibility to get those payments in people’s pockets.”

Whitson, at Evergreen Treatment, has also tried calling the IRS but has only managed to find recorded messages pointing her to “trace forms” that need to be filed to find missing checks. With her staff already stretched thin, she’s put out a call to other nonprofits asking for volunteers.

“I have promised my clients that I would not give up on this money for them,” Whitson said.

People in the homeless community who have an advocate like Whitson are in the minority: Brendan Kelly, 41, who has been staying in a room above the Compass services office for about five months, has never submitted taxes because he doesn’t understand how to do it and, he said, no one has offered to walk him through it.

“Somebody mentioned it to me — I just was unfamiliar with the whole process,” Kelly said.

The clock is ticking for these people. The deadline for filing taxes has been extended to May 17, and people who don’t owe the government money can get an extension until October.

But for many of Whitson’s clients, filing has been the easiest part of the process. Getting the check has been much harder.

“Some people are saying, ‘Well, I think this is the government’s way of just not giving out money to people,’ and I don’t think that was ever the strategy,” Whitson said. “I just think there was a failure to plan ahead for circumstances like this.”