Skip to content
By
Anna Patrick
and
Paige Cornwell

Since snow first touched down in the Puget Sound region Saturday, the city of Seattle has opened six overnight severe weather shelters and opened five warming centers in an effort to bring more of the city’s unsheltered population inside.

In recent days, the region has seen record-breaking cold temperatures, and there’s more possible snow in the forecast for later this week, creating extremely dangerous conditions for people trying to survive outside.

In Snohomish County, all five overnight cold-weather shelters have opened and are expected to remain open through Jan. 1. Those shelters open when overnight temperatures are expected to be below 34 degrees. You can track their openings at st.news/snohomishshelter. 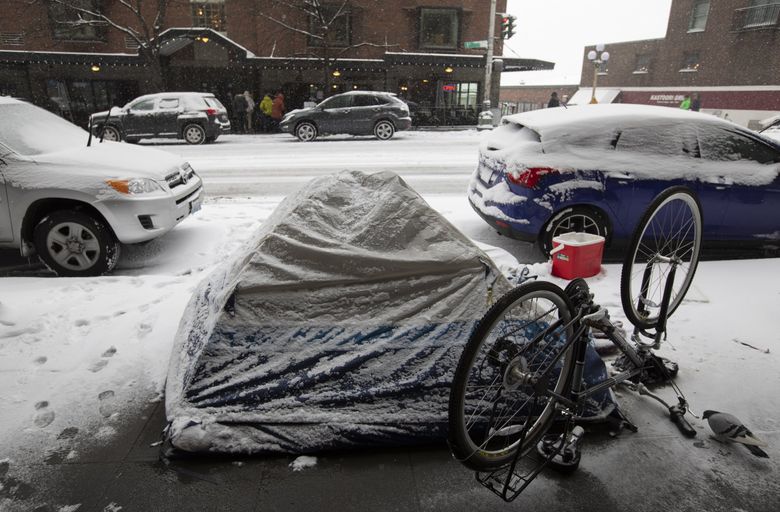 Currently, the city of Seattle is planning to keep all of its emergency overnight shelters open until Jan. 1.

If you are homeless in Seattle or Snohomish County, here’s a map of the additional overnight severe weather shelters that are currently open:

If you’re looking to escape the elements in the daytime, here’s a list of places that have opened as warming centers: