In the days after Taliban forces seized control of Afghanistan, local resettlement agencies in Seattle say they have already seen an influx of refugees and immigrants.

Many more are expected in the coming weeks, as thousands of Afghans attempt to flee the Taliban insurgency.

Typically, the resettlement process can take months and includes health screenings and multiple interviews. Often, an individual may be displaced for years or decades before they arrive to the U.S., according to the International Rescue Committee spokesperson Adrienne Ramm-Granberg.

But much of that has recently been upended, Ramm-Granberg said.

“Because of the urgency of getting folks out of Afghanistan, the process might look different,” she said. “There’s no U.S. Embassy anymore.” 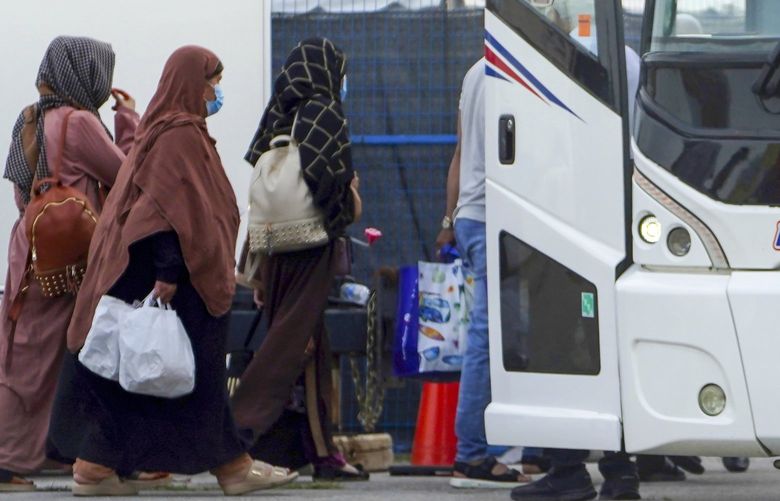 Now, agencies and organizations are getting a few days, or in some cases, just hours of notice before taking on a new case. Newcomers are arriving at the airport at all times of day with little information about what awaits them, said Isobel Press, spokesperson for Jewish Family Service.

JFS has recently welcomed 14 families — 72 individuals — from Afghanistan, according to Press, who said the Biden administration is tripling their program to 600 new arrivals in the next fiscal year.

The International Rescue Committee in Seattle has welcomed 60 Afghan newcomers since the beginning of June and 40 in the past two weeks, according to Ramm-Granberg.

Many recent arrivals hold special immigrant visa and are individuals who face retribution after working with U.S. military and government entities in Afghanistan, said Ramm-Granberg,

It’s been challenging, she said, to find transitional and permanent housing in Seattle. Press said it can also be difficult finding housing that will accept families as large as 10 people.

“People arrive here with really next to nothing,” Press said.”So right now we definitely appreciate all the help that we can get.”

Here are some organizations and aid efforts for those looking to help.

The International Rescue Committee. The organization has a Facebook donation page for newly arrived families in Washington. They are also holding two information sessions for upcoming volunteer opportunities on Sept. 7 and Sept. 10.

They also have an explainer on what is happening in Afghanistan that was published in mid-August on their site: Rescue.org.

World Relief Seattle. World Relief recommends learning about how to respond and support people coming from Afghanistan by visiting worldrelief.org/seattle/get-involved/afghan-allies/

They are accepting cash donations and gift cards to Target, Safeway, Amazon and Fred Meyer, that can be mailed to: World Relief Seattle 23835 Pacific Highway S. Suite 100, Kent, WA 98032

The Lutheran Immigration and Refugee Service. LIRS is seeking volunteers in the Seattle and Tacoma area to help with airport pickups, setting up apartments, mentoring, tutoring or bringing a meal to new arrivals. They also accept donations on their site: LIRS.org.

Diocese of Olympia’s Refugee Resettlement Office. Volunteers can sign up to teach English, mentor youths and manage cases. Donations can be made at JustGiving.com/DioceseofOlympiaInc.

Afghan Health Initiative is a nonprofit that addresses health disparities in the Afghan community. They also have a food fund and eviction-prevention program. They accept donations on their site: AfghanHealth.org/donate

Afghan American Community of Washington is a religious-based nonprofit that strives to “promote the interests of the Afghan community in all areas of cultural, religious and social needs,” according to their website. They accept PayPal donations online at: AACWashington.org/donate/

Several local organizations including The Muslim Association of Puget Sound, Salaam Cultural Museum Medical Missions and Washington Immigrant Solidarity Network have set up a Google form where people can offer to help in a variety of ways, including by donating food, clothing and furniture, picking up people at the airport, and hosting people in their homes. The organizations are working with resettlement groups, and have also launched a fundraising campaign.

Viets for Afghans, a group led largely by Vietnamese Americans, was founded to support Afghan refugees, including through “sponsor circles” that take on responsibility for resettling families. vietsforafghans.org; info@vietsforafghans.org.

Correction: An initial version of this story inaccurately stated the number of new arrivals from Afghanistan the The International Rescue Committee in Seattle has welcomed in the past two weeks.