Skip to content
By
Apoorva Mandavilli
The New York Times

For a world weary of fighting the coronavirus, the monkeypox outbreak poses a key question: Am I at risk?

The answer is reassuring. Most children and adults with healthy immune systems are likely to dodge severe illness, experts said in interviews. But there are two high-risk groups.

One comprises infants younger than six months. But they are not yet affected by the current outbreak. And many older adults, the group most likely to succumb to the monkeypox virus, are at least somewhat protected by decades-old smallpox vaccinations, studies suggest.

Vaccinated older adults might become infected but are likely to escape with only mild symptoms.

“The bottom line is that even those that were vaccinated many decades before maintain a very, very high level of antibodies and the ability to neutralize the virus,” said Dr. Luigi Ferrucci, scientific director of the National Institute on Aging.

“Even if they were vaccinated 50 years ago, that protection should still be there,” he said. 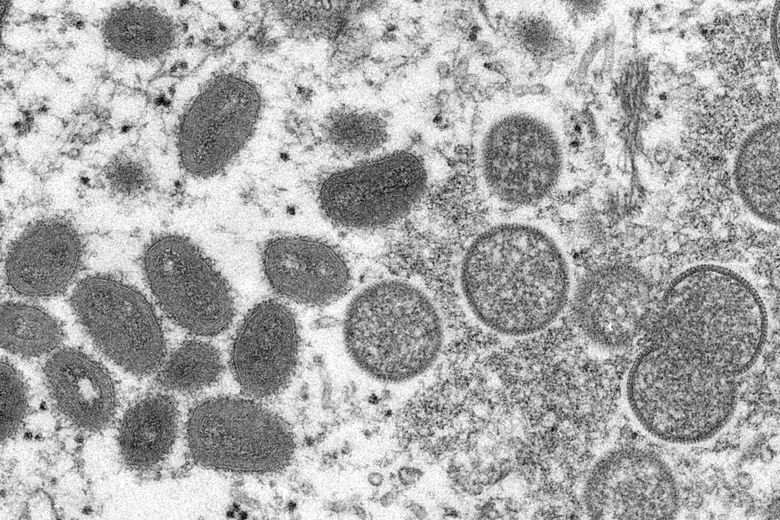 In the United States, routine immunization for smallpox ceased in 1972. The military continued its vaccination program until 1991 as a precaution against a bioterrorism attack.

Questions about the smallpox vaccine’s durability rose after an anthrax attack in 2001, said Dr. Anthony Fauci, the Biden administration’s top adviser on infectious diseases. It was reasonable to assume that most vaccinated people were still protected, he said, “but durability of protection varies from person to person.”

“We can’t guarantee that a person who was vaccinated against smallpox is still going to be protected against monkeypox,” Fauci said.

The monkeypox outbreak has grown to include about 260 confirmed cases and scores more under investigation in 21 countries.

In the United States, the Centers for Disease Control and Prevention is tracking nine cases in seven states, not all of which have a history of travel to countries where monkeypox is endemic. That suggests that there may already be some level of community transmission, Dr. Rochelle Walensky, the agency’s director, told reporters on Thursday.

Walensky said that 74 laboratories in 46 states have access to a test that can detect monkeypox, and together they can screen up to 7,000 samples a week. The agency is working to expand that capacity, she said, adding: “We’ve been preparing for this type of outbreak for decades.”

The monkeypox infection begins with respiratory symptoms but blooms into a distinct rash, first in the mouth, then the palms of the hand and soles of the feet, and gradually the rest of the body. The rash eventually becomes raised, growing into pus-filled blisters.

Each pustule contains live virus, and a ruptured blister can contaminate bed linens and other items, putting close contacts at risk. Infected people should also be very careful about rubbing their eyes because the virus can destroy sight.

“Before Jenner had developed the smallpox vaccine, the number one cause of blindness in the world was smallpox,” said Mark Slifka, an immunologist at Oregon Health and Science University. Infected people are contagious until the pustules scab over and slough off, he said.

Slifka and other experts emphasized that while monkeypox can be severe and even fatal, the current outbreak is unlikely to swell into a large epidemic.

“We’re lucky to have vaccines and therapeutics — things that can mitigate all that,” said Anne Rimoin, an epidemiologist at the University of California, Los Angeles, who has studied monkeypox in Africa. “We do have the ability to stop this virus.”

Monkeypox takes up to 12 days to cause symptoms, giving doctors a window of at least five days after exposure to vaccinate and forestall disease. (The approach, called post-exposure prophylaxis, is not an option for COVID patients because the coronavirus can start to ravage the body just a couple days after exposure.)

The monkeypox virus does not spread in the absence of symptoms. Careful surveillance, isolation of infected people, contact tracing and quarantine of contacts should contain the outbreak, Rimoin said.

No deaths have been reported. But experts are particularly concerned about close contacts who are children, older adults or who have weak immune systems for other reasons.

There are conflicting opinions on how long immunity from a smallpox vaccination lasts.

The Centers for Disease Control and Prevention recommends boosters of smallpox vaccines every three years but only “for persons at risk of occupation exposure,” David Daigle, a spokesman for the agency, said in a statement.

“Until we know more, we will be using available vaccine stocks for people who’ve had close contact with known cases, and people at highest risk for exposure through their jobs, like health care workers treating monkeypox patients,” he said.

Many of the most vulnerable groups might already be protected. In one study, Slifka and his colleagues drew blood from 306 vaccinated volunteers, some of whom had been immunized decades earlier, including one who had been immunized 75 years before. Most of them maintained high levels of antibodies to smallpox.

In another study, Slifka and his colleagues showed that antibodies produced by even a single dose of the smallpox vaccine decline very slowly in the body, dropping to half after about 92 years.

Ferrucci and his colleagues at the NIH, as well as other teams, have also found that antibody levels persist for decades after vaccination. Some studies have found that other branches of the immune system also wane slowly, but antibodies produced from smallpox vaccination may be enough on their own to protect against monkeypox.

If smallpox were to start spreading, it would make sense to immunize anyone who is exposed because of its high mortality rate, regardless of a previous vaccination, said Gigi Gronvall, a biosecurity expert at the Johns Hopkins Center for Health Security.

“We wouldn’t want to take the chance that somebody was left unprotected,” she said.

But that is not necessary now, she added: “This is monkeypox.”

Laboratory evidence of antibodies does not prove that smallpox vaccination can protect against monkeypox. But answering that question would require that study participants be deliberately infected with smallpox or a related virus, an obviously unethical experiment.

For the same reason, newer smallpox vaccines and drugs have been tested only in animals.

Still, one way to study the vaccine’s effectiveness in people is to gather evidence during an outbreak. Slifka’s team did just that in 2003, when dozens of Americans became infected with monkeypox after being exposed to infected prairie dogs.

The researchers flew into Milwaukee and drew blood from 28 people who had been exposed to the infected prairie dogs. Of the eight people who had previously been vaccinated, five developed an average of three pus-filled blisters, compared with an average of 33 in those who were unvaccinated.

The other three vaccinated individuals had no symptoms at all. “They didn’t even know they had been infected,” Slifka said.

Another study of that outbreak found that in a family of three, the previously vaccinated father developed just two monkeypox lesions compared with 200 in the unvaccinated mother. Their unvaccinated 6-year-old daughter had about 90 lesions and was in a coma for 12 days.

Questions about the durability of vaccine protection against monkeypox have taken on particular significance as the number of cases worldwide has risen. Monkeypox reemerged among people in Nigeria in 2017, and there have since been about 200 confirmed cases and 500 suspected cases.

Congo has recorded 58 deaths and nearly 1,300 suspected cases since the beginning of this year.

People in African villages used to contract monkeypox from animals while hunting but rarely infected others. “It’s only very recently, like, just the last few years, when we started to see this,” Rimoin said of bigger outbreaks.

The eradication of smallpox, while one of the greatest achievements in public health, has left populations vulnerable to the virus and to its cousins.

Diminishing immunity, coupled with a rise in population and increased proximity to wild animals, could result in more frequent monkeypox outbreaks, Rimoin and her colleagues warned in 2010.

Unrestrained outbreaks, particularly among immunocompromised people, would give the virus more opportunity to acquire mutations that make it more resilient — in people and in animals.

“If monkeypox were to establish itself in a wildlife reservoir outside of Africa, the public health setback would be enormous,” Rimoin said. “That, I think, is a legitimate concern.”