Washington State University will no longer allow students to claim personal or philosophical exemptions from its COVID-19 vaccination requirement, the school announced Thursday, citing the “increasing threat of the delta variant for those who are unvaccinated.”

The change will happen once the FDA grants approval to any of the three vaccines under emergency use authorization, WSU said in a statement this week. The school also announced that it is moving up its vaccination deadline from November, so students will have until Sept. 10 to initiate the vaccination process under the current policy.

Once the personal exemption is formally removed from the university’s vaccination policy, students will have up to 45 days to initiate the vaccination process by getting at least one dose of a vaccine, or request a new religious and medical exemption.

If a student doesn’t get vaccinated, the school said it “may impact (their) ability to participate in campus events and (they) will need to wear a mask while on campus.” Students who don’t get the shot also won’t be able to register for spring classes, and a hold will be placed on their accounts. 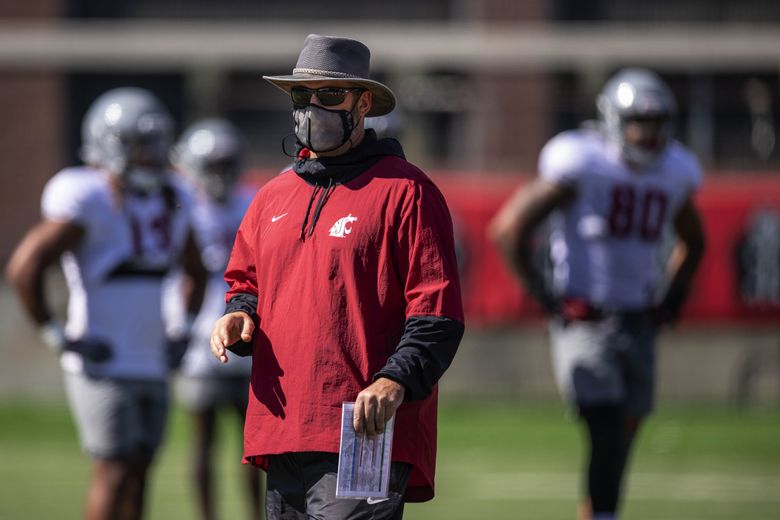 “The university may impose further restrictions in the interest of maintaining public health, until you have complied with the vaccine requirement,” the school said in a Thursday email to its students. WSU begins its fall term on Aug. 23.

The news comes after the school’s head football coach, Nick Rolovich, made national news last month when he tweeted he would not be going in person to Pac-12 media day because of his decision to not get vaccinated. He said he made his decision based on “reasons which will remain private.”

Rolovich’s decision has come under even more scrutiny once Gov. Jay Inslee announced all state workers must get vaccinated. While Rolovich may be exempt, critics say he isn’t just any state worker; he’s the highest paid at $3.2 million annually, and has one of the highest profiles.

Discussions are also underway about changes to the faculty and staff vaccination policy, the school said in a statement. As of Friday, all employees are required to declare their vaccination status by Sept. 10.

At the University of Washington, some departments are making similar changes among workers. UW Medicine, the School of Dentistry and other “clinical environments” are also removing philosophical exemptions from vaccination requirements for employees, following Inslee’s announcement of a new mandate for state employees and health care workers.

UW President Ana Mari Cauce co-authored a statement Friday to say the university is “working toward aligning” vaccination requirements for students and staff with the state’s mandate to limit exemptions to medical and religious reasons — in other words dropping the personal and philosophical exemptions. Cauce and Provost Mark Richards promised details in the “near future.”

UW also announced this week its plan to reinstate its face covering policy as students prepare to return to classes on Sept. 29. Effective Saturday, face coverings are required in buildings on UW’s campus — including in lobbies, hallways, stairways, restrooms and elevators — regardless of vaccination status.

Masks are optional but recommended outdoors.

There are some exceptions to the new policy, including if a fully vaccinated university staff member is presenting to a class from at least 6 feet away and a mask “interferes with communication;” if someone is working in a personal office; and if someone is actively eating or drinking in “appropriate” places.

This story was updated Aug. 14 to reflect information in an Aug. 13 statement by UW President Ana Mari Cauce, saying the university is “working toward aligning” vaccination requirements for students and staff with state’s mandate to limit exemptions to medical and religious reasons.