A child in Pierce County died over the weekend from flu-related complications.

The child, who is younger than 5 years old and had underlying health concerns that made flu more dangerous, is the second person to die from flu in Pierce County during this flu season, which began in September.

The influenza B virus, a strain that more commonly affects children and young adults, is showing up earlier in the season than usual. The B strain is what is appearing in King County, where three adults and a child have died this flu season. That child was the first known case of a pediatric flu death in King County since 2009.

Washington is one of a handful of places in the U.S. with particularly high flu activity, according to the Centers for Disease Control and Prevention (CDC). 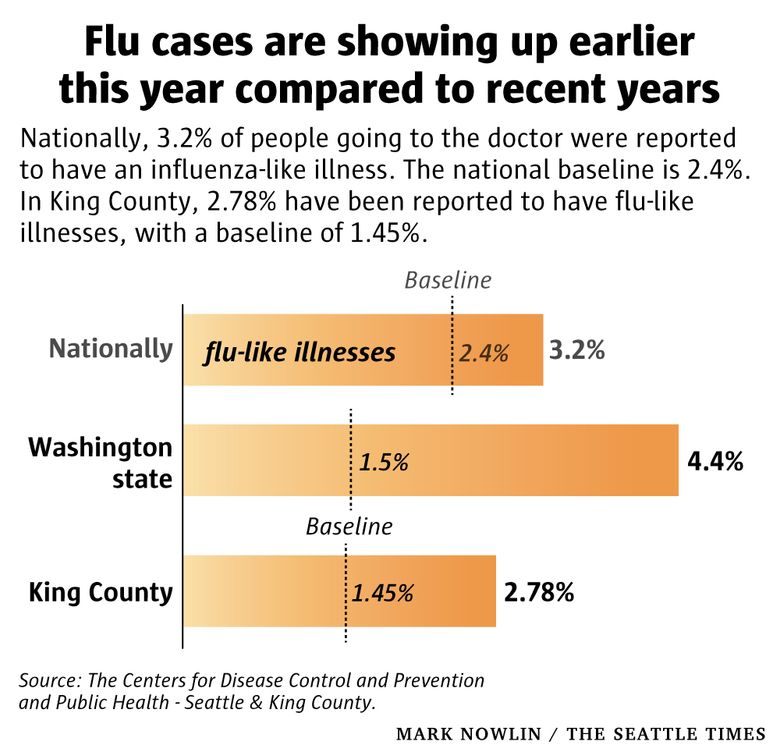 Flu is affecting more people than usual, in Washington and around the country

Children 5 years old and younger are at particular risk for flu complications.

The CDC recommends everyone 6 months or older get an annual flu shot, which is available free to those younger than 19 through the Washington State Childhood Vaccine program.

“When you get a flu shot, you strengthen the circle of protection around people who may be vulnerable to complications from the virus,” Turner said.

It’s not too late to get a flu shot to protect yourself and those around you, Dr. John Dunn, medical director for preventive care at Kaiser Permanente Washington, told The Seattle Times this month. The flu circulates all year, and while an uptick in cases has come earlier than usual, this season probably hasn’t reached its peak yet, Dunn said.

“You are far more likely to be exposed to the flu in the next two months than you were during the past two months,” he said.

The vaccine may not become fully effective until two weeks after it is given, according to the Pierce County health department. Someone who gets the flu after getting a flu shot is still less contagious and should experience fewer symptoms for a shorter period of time. 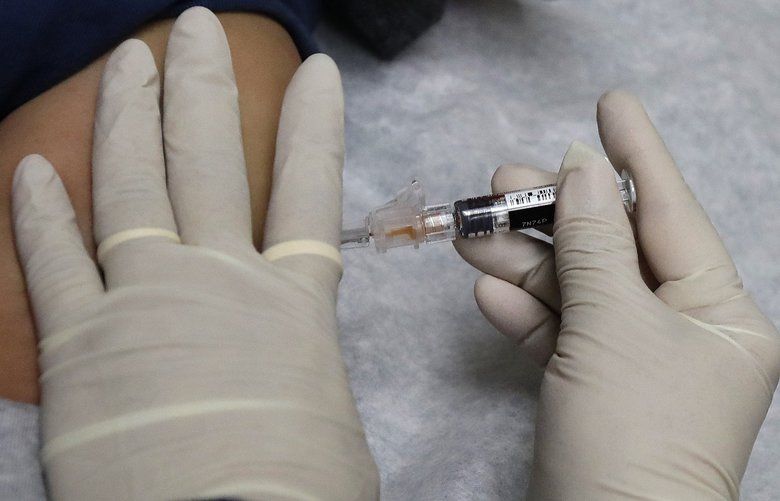