King County’s barbers, tattoo artists and pet groomers could soon be mostly open to customers if the state approves the county’s application to move to Phase 2 of reopening.

King County is applying to move ahead to the second phase of Gov. Jay Inslee’s four-phase reopening plan, which would relax restrictions on businesses including restaurants, barbers and retail. The King County Board of Health voted unanimously (with three members absent) late Monday afternoon to send its application to the state.

County officials, expecting an immediate signature from County Executive Dow Constantine, said the application would be sent after the Monday meeting. While they gave no exact timetable for an expected response from the state, it has typically taken 24 to 72 hours for an application to be approved, said Rachel Smith, the county’s deputy executive. Phase 2 would begin immediately upon state approval.

There is always risk when moving from one phase to another, according to Dr. Jeff Duchin, Public Health – Seattle & King County’s public health officer, who cautioned that King County residents should continue to stay at least 6 feet apart, wash their hands and wear masks.

“For this reason, it is critical that the public, business owners and other organizations that sponsor activities understand the seriousness of the ongoing risk and take all possible precautions to prevent COVID-19 transmission in workplaces and other settings as we move forward,” he wrote in an email. “As we apply to carefully increase the activities that we all want to do, this is a time to double down on, not relax, COVID-19 prevention measures.”

Inslee’s stay-home order began March 23 and is now being relaxed — gradually, piecemeal — across the state. All but six of Washington’s 39 counties have advanced at least to Phase 2. King County has been in a “modified Phase 1” since June 5.

Counties are allowed to progress to the next phase if they have declining infection levels, adequate supplies of personal protective equipment, space in hospitals, ample testing capacity and a contact tracing system to notify close contacts of infected people.

When King County applied to a modified Phase 1, officials from Constantine’s office and Public Health – Seattle & King County said they would monitor these benchmarks through June 14 to inform their decision on applying to move fully into Phase 2. 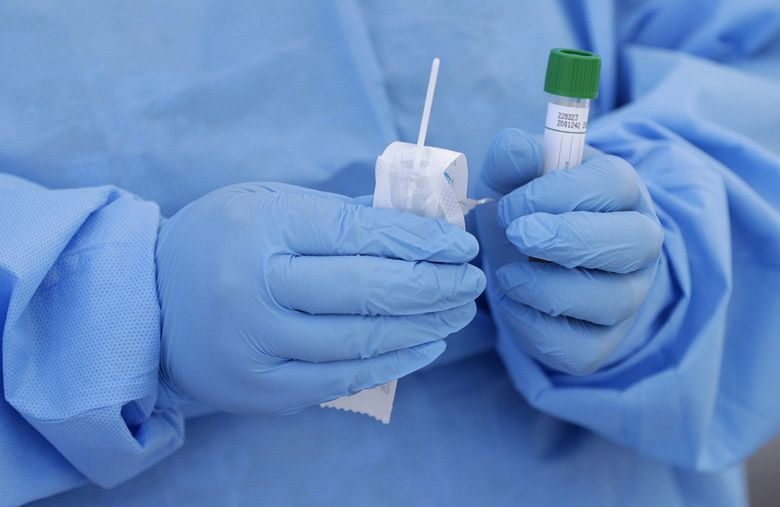 On Saturday, the state Department of Health released a report showing rising cases across the state. The latest data through the end of May shows increases we’re seeing now are likely from infections that happened Memorial Day weekend, not those that may have occurred during recent protests that have drawn tens of thousands of people together in cities and towns across the state.

Contact tracing, another crucial factor in tracking the spread of the virus, was abandoned by King County in March but recently restarted, with the state assisting King and six other counties in ramping up contact tracing efforts. On its application to move to a modified Phase 1, King County was meeting its contact tracing goals, something that isn’t happening across the state. 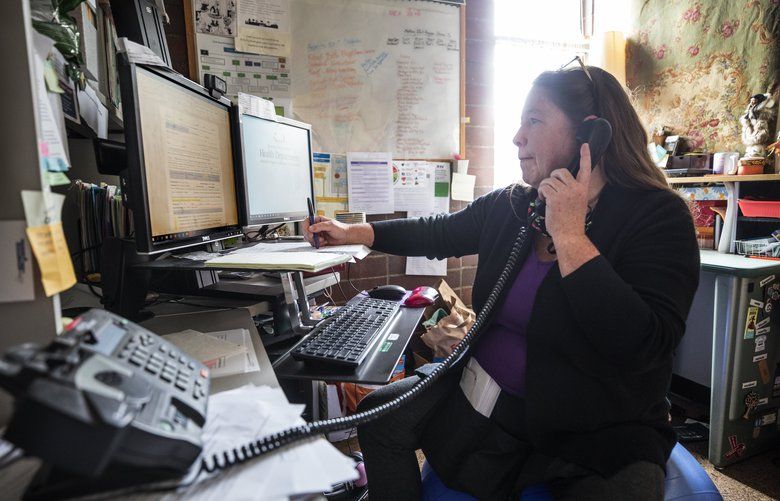 Also at that time, King County was reporting 24 new infections per 100,000 people. That number has since inched up to 25 per 100,000, which is the threshold set by the state for moving to a different phase.

King County meets nearly all the requirements for moving into Phase 2, with the exception of what is called the reproductive number of the virus. The reproductive number shows how many people an infected person is passing the virus to. In early March, that number in King County was almost 3, meaning that each infected person was passing the disease along to about three others. The state likes to see that number at 1 or lower, and King County is currently at a rate of 1.2.

Small changes can have a dramatic impact on the reproductive rate because case counts remain low, Smith told the board, adding that health officials will continue to work toward lowering that number and staying on top of other factors like hospital capacity and case counts.

“It really is looking at all of them in concert,” she said.

In this modified first phase, restaurants have been allowed to operate at 25% capacity indoors and at 50% outdoors. In-store retail can operate at 15% capacity; barbers, salons and tattoo studios at 25% capacity; and professional services like accountants and attorneys have been able to return to their offices at 25% capacity. Fitness studios were allowed to reopen, but if operating indoors, they can offer only one-on-one services. Outdoor gatherings permit five or fewer people, although that threshold has been ignored for recent protests with the tacit or explicit approval of public health officials, who have urged protesters to space out and wear masks.

The second phase — which neighboring Snohomish, Pierce and Kitsap counties are already in — allows restaurants and taverns to reopen at half capacity with limited table sizes, hair and nail salons and barbershops to resume business, and retail stores to reopen for in-store purchases at 30% capacity. It also allows additional outdoor recreation and gatherings with no more than five people outside of a single household.

Three counties — Yakima, Benton and Franklin — remain in the first phase of the reopening process. Chelan and Douglas counties, like King County, are in a modified Phase 1.

Kathy Lambert, who represents the portion of King County east of Lake Sammamish, lamented not being able to reopen businesses in that area more quickly.

“I don’t want to see my constituents’ livelihoods be lost,” she said, telling the board people have been calling her to say, “I am losing everything I have ever had in my life.”