Skip to content
By
JOHN RABY
The Associated Press

As spring’s arrival in the Northern Hemisphere coincides with government stay-at-home orders, the itch to get outside has turned backyard gardens into a getaway for the mind in chaotic times.

Gardeners who already know that working with soil is a way to connect with nature say it helps take away their worries, at least temporarily.

Now more than ever.

Waldrop, a resident of Anaheim, California, has an anxiety disorder. Exercise is supposed to help, but her new job as a college biology professor had prevented her from getting into a routine.

Her grandfather, who introduced her to gardening by showing her how to plant seeds, died about a year ago.

Add the global coronavirus pandemic to all that, and it’s easy to see where her focus is these days.

“Sometimes I just like to sit and dig holes in the quiet with my own thoughts,” she said. “Outside, it takes my mind off. It gives something for my hands to do. It gives you a separate problem to think about than whatever else is going on. It gets you off of social media.”

Waldrop and her husband moved last summer from New Mexico, where she didn’t have much luck gardening in a scorching climate. At her new home, she got rid of the lawn, installed an irrigation system, and recently planted dozens of tomatoes, eggplant, peppers and other vegetables.

Over the years, Waldrop converted her skeptical husband, who initially wondered why digging in the dirt and moving things around was considered fun.

After tasting his first home-grown tomatoes, he was converted.

Families, too, are discovering that gardening gives cooped-up kids something to do, builds their self-esteem and brings variety to what has suddenly become a lot of time spent together.

In Miami, Annika Bolanos isn’t a fan of the south Florida heat and mosquitoes. But going outdoors lately has been a lifeline.

Bolanos works at home making cakes and doing bookkeeping with her husband’s golf cart business. Her three young children add an extra layer of busy, and together they’ve seeded a variety of vegetables and herbs.

“We have always loved the idea of growing our own food,” Bolanos said. “It feels good to eat something that you grew yourself too. It also helps my kids eat more fruits and veggies since they find it cool to eat what they have grown.”

Her children water the plants daily and concentrate on what’s growing. 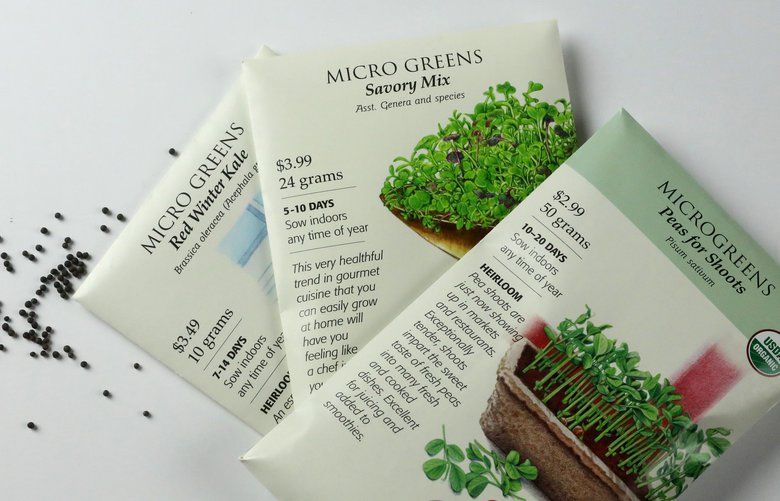 “You’re feeling the sun and the breeze and don’t have to worry about anything in the moment,” Bolanos said.

In Britain and Germany, there’s a premium on allotments — popular parcels of land rented for growing food crops.

“Those with a garden are the lucky ones,” said Heidi Schaletzky, standing on the lawn beneath a cherry tree in the north of Berlin.

Schaletzky and her husband have been cultivating a plot in the “Free Country” community garden for the past eight years, growing strawberries, salad greens and kohlrabi. So far, access to garden plots remains exempt from restrictions intended to stop the spread of the virus in Germany.

“We’ll be able to see other people, too,” she said. “As long as they stay on their side of the fence.”

As the weather warms, garden shops are bustling as other businesses shut during the outbreak.

At the Almaden Valley Nursery in San Jose, California, rose expert John Harp has seen a mix of new gardeners and regulars. Customers can’t come into the shop, so their online orders are brought to their vehicles in the parking lot.

“Around town everyone is gardening right now,” Harp said. “They’re looking to be a little bit more self-sufficient.”

This home-grown attitude goes back to World War II, when millions of people cultivated victory gardens to protect against potential food shortages while boosting patriotism and morale.

Hollie Niblett, who lives near Kansas City, Kansas, hopes the victory gardens come back. Niblett, who has a degree in horticultural therapy, tends to a kitchen garden near her backdoor, perennial flowers, flowering trees and shrubs, and upper and lower grassy yards connected by a path through an area left in its natural condition.

“There are so many things about it that feed my soul,” she said. “Right now, more than anything, my garden gives me hope, gives me purpose and provides a sense of connection to something bigger than myself.”

“I like digging in the dirt because I like to see all the bugs and stuff that’s in the ground,” he said.

The nonprofit group KidsGardening.org suggests that children grow their own salads or do other activities.

The virus scare could even usher in a new crop of gardeners who start from seed rather than risk the crowds buying starter plants.

Kendra Schilling of Scott Depot, West Virginia, doesn’t have space for a sprawling garden, so she’s planting potatoes in a bucket and trying to figure out with her teenage daughter what to do with other vegetable seeds.

“I usually go buy the plants and stick them in the dirt. But this year we’re going to try to do the seeds,” she says. “Thank God for YouTube.”

JOHN RABY
The Seattle Times does not append comment threads to stories from wire services such as the Associated Press, The New York Times, The Washington Post or Bloomberg News. Rather, we focus on discussions related to local stories by our own staff. You can read more about our community policies here.
Advertising