So many died alone.

It’s difficult to talk about the lives lost to COVID-19 without mention of their deaths. Rarely were they – the 3,461 Washington residents who died of the deadly virus – surrounded by family. The fortunate, if you could call them that, were able to have one or two loved ones at their side when they took their final breaths. Others made use of iPads and walkie-talkies held by nurses to say their last goodbyes.

Each person has become a statistic. This many fatalities on one day, this many dead on another, a rogue wave of U.S. deaths in Washington, in late February, that soon turned into a tsunami still rising.

But that’s not who they were.

The state’s death toll accounts for less than 1% of the 344,000 people who have died in the U.S. from COVID-19 as of Dec. 31. It may be easy to count Seattle and Washington as hurting less, when looking at the death counts of other states that dwarf ours. More than 5,000 people have died in Minnesota. 8,800 in Arizona. 21,540 in Florida. But it’s impossible to rank suffering.

They had projects left unfinished. They were ready to go – one man’s last words to a nurse were “why is this taking so damn long?”

Puget Sound residents saw glimpses of the devastation within their communities before anyone else. Life Care Center of Kirkland was an omen for thousands of long-term care facilities across the U.S. There was no framework for loved ones whose family members died. How do you grieve someone when they were taken by a virus you don’t understand?

They were medical workers. An OB/GYN who delivered 5,000 babies, an Army nurse, a mental-health counselor for teens.

We know more about the deadly virus now, but the grieving isn’t easier. A Zoom funeral can’t replace a hand squeeze during a eulogy. Tears dampen face masks. Urns meant for a victim’s ashes remain in storage.

They were immigrants, from Egypt, Italy, Greece, Japan, Mexico, the Phillipines. They were born-and-bred Seattleites, proud to have lived their lives in Ballard, Beacon Hill, Wallingford.

And each day, the numbers increased. Those numbers were politicized as the pandemic emerged as a divisive topic.

They were military veterans, fighting in World War II, Korea, Vietnam. They built planes for Boeing, flew planes for passengers, jumped out of planes for fun. They worked on ships and in shipyards.

Of the more than 3,000 deaths, The Seattle Times was able to identify about an eighth of them through obituaries, interviews and public records. Demographics provide other details: More than half lived in, worked at or visited a long-term care facility, an environment that’s proved deadliest when the virus makes its way in.

They were in love. A 25-year-old who had set her wedding date for next year, a couple married for 52 years who were buried in matching pajamas, “nursing home sweethearts” who died within days of each other.

They were more than statistics. This is who they were. 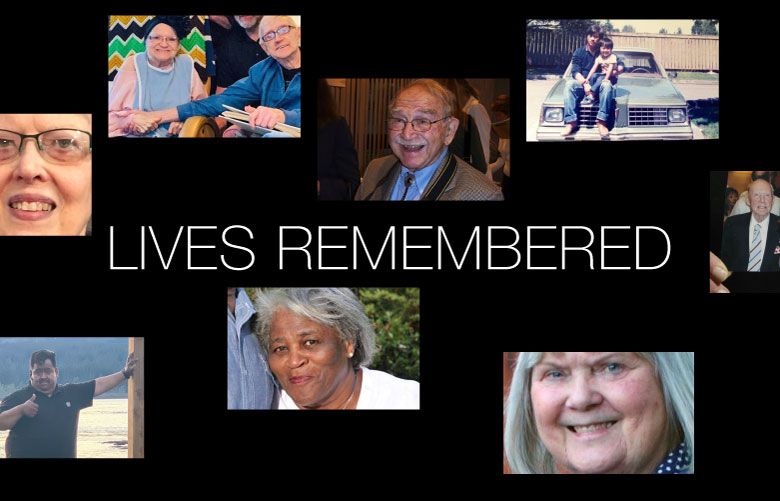 Meet some of the people Washington state has lost to COVID-19
Paige Cornwell: 206-464-2530 or pcornwell@seattletimes.com; on Twitter: @pgcornwell.