They are the largest trees in the world, living monuments with massive trunks and towering canopies that can thrive for 3,000 years. But ancient sequoia trees, which have been decimated by severe wildfires around California’s Sierra Nevada, are struggling to keep up with ever-worsening conditions. And this summer, they could face their greatest challenge yet.

The trees, which grow in a narrow band of the Sierra Nevada, are accustomed to frequent wildfires — their tree rings show fire recurring every six to 30 years. But the worsening intensity of recent blazes has been too much for them to handle. Since 2020, three fires have resulted in the loss of 13% to 19% of the entire population, said Christy Brigham, chief of resources management and science at Sequoia and Kings Canyon national parks.

In August 2020, the Castle Fire killed up to 10,600 trees. And as many as 3,637 sequoias were killed or will ultimately die as a result of the September 2021 Windy and KNP Complex fires in the southern Sierra Nevada, according to the National Park Service.

While fires at lower intensity have beneficial effects for the giant trees by clearing out the flammable vegetation and helping to release seeds from their sturdy cones, Brigham said the main concern is the “large patches of high-severity fire.”

“The scale at which we are seeing high-severity fire right now — sequoias haven’t evolved with that,” said Linnea Hardlund, a giant sequoia forest fellow with Save the Redwoods League. “It continues to be surprising to a lot of people that giant sequoias are dying at this rate.” 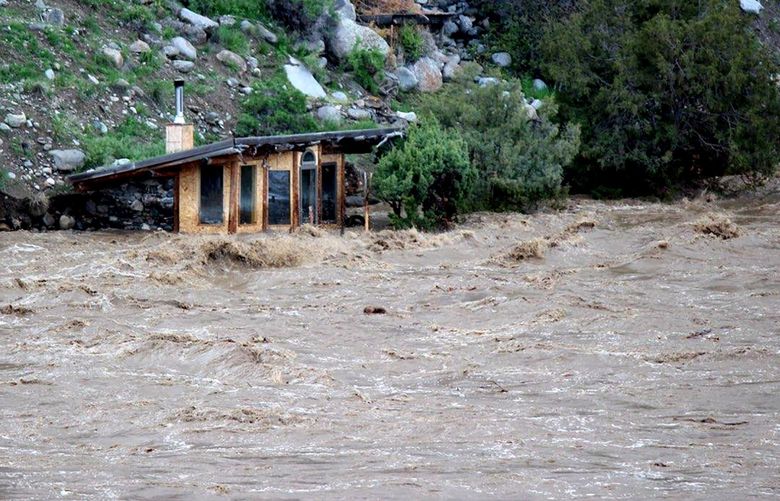 Sequoias have thick bark that can withstand lower-intensity fire, and their high canopies are usually above the flames, Hardlund said. But recent fires are reaching and consuming the canopy.

The southern Sierra, hard hit during the 2012-2016 drought, has become an epicenter for tree mortality. Drought-weakened trees, particularly pine and cedar, were killed by insects during those years, and the effects of the past two years of extreme drought are also becoming apparent.

Given record-setting dryness in 2022, another significant die-off is possible this year.

“We are starting to see rapid mortality and elevated mortality again, especially in pines,” Brigham said.

Research has linked severe burning to swaths of overly dense forest — a legacy of decades of firefighting — and high tree mortality, both of which have helped to drive “mass fires” and firestorms.

Hardlund, who is also a graduate student at University of California at Berkeley, said changes in fuel, weather and climate conditions are leading to changes in observed fire behavior.

“When you don’t have any fire history in the last century, you have 100 years of fuel buildup,” she said. As a result, forests have an abundance of smaller trees, where fires can start before spreading to mature trees.

Hotter and longer fire seasons due to climate change are exacerbating already volatile forest conditions. As climate warms, forests are becoming more flammable and increasingly dense due to a lack of what experts call “good fire,” which can reduce fire fuels while maintaining forest health, such as the intentional burning used by Indigenous tribes for thousands of years.

Add a tremendous amount of dead and downed material from the 21st-century megadrought and you have the ingredients for extreme fires that can burn for weeks and form pyrocumulus clouds, billowing vertical smoke clouds that indicate a fire is burning unusually hot as it consumes a forest. These intense blazes are capable of damaging or killing trees that have historically thrived with frequent fire.

The dice are loaded for a well-above-normal wildfire season in the West, including in California, said Ronnie Abolafia-Rosenzweig, a postdoctoral researcher at the National Center for Atmospheric Research in Boulder, Colo.

In a recent study, Abolafia-Rosenzweig and his co-authors found that winter and spring climate is strongly related to summer wildfire activity and to increases in burned area over the past four decades in the western United States. Previous research has linked those increases to human-caused climate change.

“We found that spring snowpack modulates how dry and hot summers are, where early snow disappearance favors hotter and drier summers,” he said.

Summer heat, in turn, is supercharging wildfires. This year, the Sierra are “likely to have dry conditions in late summer that enable large and fast-growing wildfires,” Abolafia-Rosenzweig said.

That could signal a risky season for the gigantic trees.

The Save the Redwoods League has called for emergency measures to protect sequoia groves from further destruction, in addition to long-term policy changes. The group is pushing to treat 2,000 acres of the most-at-risk groves before the 2023 fire season to remove unnatural vegetation buildup, including with carefully planned prescribed burning.

“Both the land cover and the climate are factors — and we have control over both,” Abolafia-Rosenzweig said. “We’re able to consider how both relate to growing fire risks and manage both accordingly.”