Fossil fuels power more than 98% of the automobiles registered in Washington state. But electric cars sales are on the upswing. This year’s sales of battery electric and plug-in hybrids total 17,140 as of Nov. 8. That’s more than triple the total for all of 2016.

Major automakers have made a big commitment to electric vehicles. This year, that has resulted in more than 30 models marketed in Washington state, as well as increases in range and decreases in the time they take to regain their battery power at fast charging sites.

Tesla models make up 60% of the state’s electric car fleet, according to a Washington state government database. Multiple Tesla models offer the possibility of driving more than 300 miles, or for the Model S Long Range, more than 400 miles, between charges. 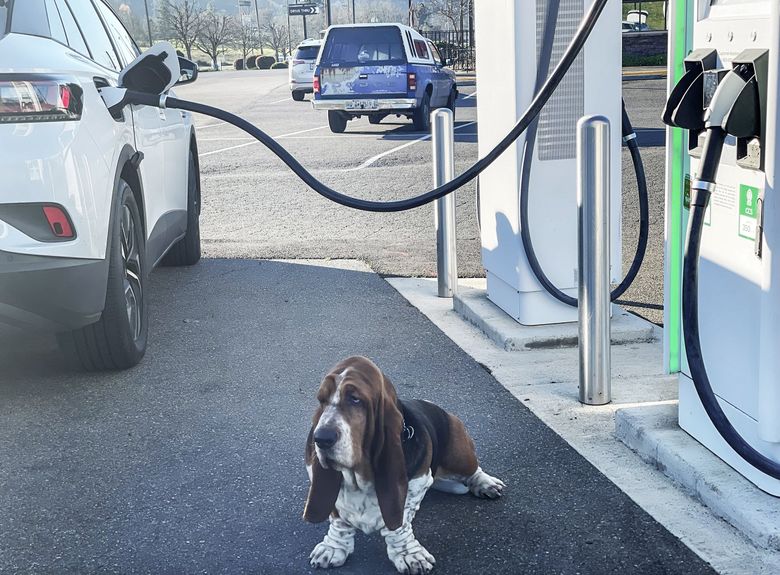 Other car companies have started a historic shift away from the internal combustion engine and are determined to claw out shares in this new emerging market. The Ford Mustang Mach-E, the Hyundai Kona Electric, Kia Niro, Volvo XC40, Chevrolet Bolt and Volkswagen ID-4 are drawing a lot of interest in automotive showrooms and helping to boost overall sales in Washington.

Many of these new electric models benefit from $2,500 to $7,500 in federal tax credits, which can substantially lower their cost to consumers.

At the Washington state level, there also are financial incentives to buy electric vehicles. They include exemptions from the 6.5% retail sales and state use tax on up to $20,000 of a new electric car that has a total sales price of up to $45,000. The exemption is on the first $16,000 of a used vehicle that has a value of up to $30,000.

Electric cars also benefit from lower lifetime maintenance costs. And this year, with gas prices escalating, the dollar savings from securing your fuel through home charging have grown.

The government push to get people to drive these cars is rooted in the efforts to reduce pollution, including greenhouse gas emissions that are helping to spur climate change. With the current mix of power generation in Washington, an electric car owner tapping into the state grid cuts — by more than 88% — the amount of carbon emissions produced for each mile of travel, according to the U.S. Department of Energy.

But electric cars still use a road system that needs a lot of maintenance.

Electric car owners who register vehicles in Washington must pay a $225 annual fee, in addition to the $30 registration fee that all vehicle owners play.

These fees help pay for the roads as well as development of the charging system.

Many people have opted to lease, rather than buy electric cars so that after a few years they can trade them in for newer models with greater range. This has helped create an expanding supply of older electric cars that may have more modest range, but can be bought at a much cheaper price.

In the Seattle area, for example, a 2013 Nissan Leaf with less than 60,000 miles was advertised for sale last week at less than $7,000. That car, when new, has a range of up to 75 miles, according to the Environmental Protection Agency.

“Honestly, for just daily life driving, the 70 mile range is just fine. We have never had a problem, or a time when it would not suffice,” said Matthew Metz, who owns a 2013 Nissan Leaf.