Skip to content
By
Dan Gearino
Inside Climate News

On a summer evening in 2019, city leaders in Berkeley, California, adopted a climate policy that inspired dozens of imitators and an even bigger backlash.

The famously progressive city was the first in the United States to pass an ordinance that banned natural gas hookups in new construction.

The idea spread to other California cities and more recently to Seattle, and is being considered in other cities and states. But opponents also were at work, and they helped to pass laws in four states — Arizona, Louisiana, Oklahoma and Tennessee — that restrict the ability of cities to ban gas hookups.

Environmental advocates and the gas industry are competing to claim momentum in the emerging debate over the future of natural gas in our homes and businesses.

Advocates want to make gas “the new coal,” and hasten its demise, while the industry wants to reassure investors and convince the public that the bans are a product of fringe politics that will never reach the mainstream. 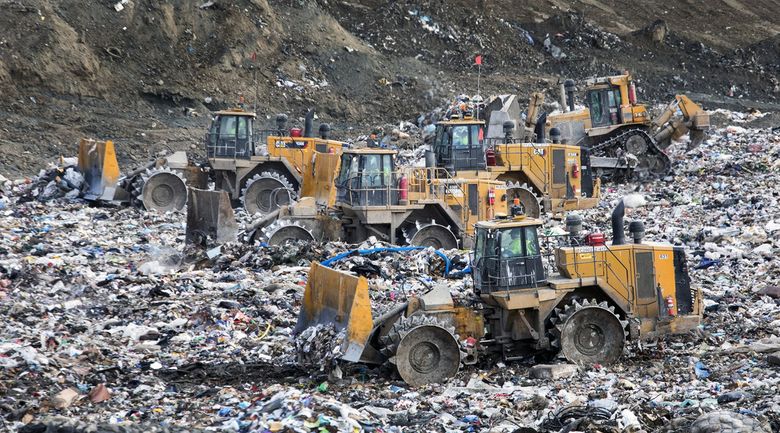 But this cross-current of policies is about more than bans, or bans on bans, with some officials trying to sidestep the conflict. For example, Denver is working on a plan that would continue to allow gas for cooking, while making electricity the only option allowed for home heating in new buildings.

The Biden administration’s early move to rejoin the Paris agreement gives a new dimension to the debate. President Joe Biden campaigned on a plan to eliminate fossil fuels from electricity generation by 2035. The Paris agreement calls for the world to get to net-zero emissions, or close to it, by mid-century, to help stave off the most devastating effects of climate change.

To get the country to net-zero emissions, policymakers and the building industry are going to have to find ways to virtually eliminate the more than 10% of the country’s greenhouse gas emissions that come from residential and commercial buildings, most of it from using natural gas for heat.

But that’s not high on the agenda in the states that have banned the gas bans, and many of the additional 12 states that are now considering bills that would follow suit. These states want to restrict what local governments can do, even if there is little evidence that their cities are seriously considering limits on gas.

“I think it’s very unfair to our constituents, any of them, to take away any source of energy,” said Indiana Rep. Jim Pressel, a Republican, during floor debate last month for his bill that would ban the bans, which passed the Indiana House of Representatives.

He noted that most cities that have adopted the bans are in California. “That’s a long way from Indiana, but it’s getting closer,” he said.

Berkeley city officials knew they were starting something new when they voted on July 16, 2019, to pass a gas ban. At the meeting, city council member Kate Harrison went through the ways that Berkeley’s local rules were already ahead of the curve in addressing climate change, and said the gas ban was a logical next step.

“When we think of climate change and pollution, cars and factories typically come to mind,” she said. “We don’t understand that buildings have a big role to play in the production of greenhouse gases and pollution.”

By the end of 2019, about 20 cities in California had adopted bans or severe restrictions on natural gas hookups in new construction. The total within the state, including bans and severe restrictions, now stands at 42, including Oakland, San Francisco and San Jose, according to the Sierra Club.

Brookline, Massachusetts, was the first community outside of California to pass a gas ban in new construction, in November 2019, but the state’s attorney general struck down the ordinance with a legal opinion that Brookline was overstepping its authority. The opinion led to a pause in the push to pass bans in several other Massachusetts communities. The pause continues to this day, as state lawmakers work to address some of the underlying issues.

Seattle adopted a partial gas ban last month with an update to its building code that says all new commercial and multifamily buildings four stories or taller must use electricity for heating. But this leaves some big openings for gas to be used in new construction in smaller buildings and in houses, and it does not restrict the use of gas for cooking.

Denver’s move to allow continued use of gas for cooking has helped to avoid some of the kinds of fights seen in other cities. The city government released a plan in January that calls for new houses to use electricity for heat, including hot water, by 2024 and all buildings to do so by 2027.

The Denver proposal, which still needs city council approval, reflects a desire to focus on the things that burn the most gas, said Amber Wood, Denver’s energy program administrator. Heat and hot water account for more than 90% of gas use in the city’s buildings, and cooking is in the low single digits, she said.

“At some point when we really talk about getting all the way to zero, we’re going to have to have some of the harder conversations, but our goal was to try to get quick wins and make a plan that made sense,” she said.

Cities are much more likely to get public support for climate actions if the policies are crafted in ways that are mindful of avoiding the biggest objections, said Joseph Kane, a senior research associate at the Brookings Institution.

“There probably needs to be flexibility,” he said. “Whether bans are the way to do that, I think the jury is still out.”

Yet he acknowledges the need to quickly cut emissions in buildings. “This is something that, probably, from an environmental standpoint, should change overnight,” he said. “But to think that we’re going to change our underlying behavior and our underlying planning processes in the course of a day or two, that’s not feasible either.”

The fact that the bans have been centered in California cities has contributed to the gas industry’s argument that such policies are outside the mainstream.

“Don’t bring failed California policies to Florida,” says a flier from Power Florida Forward, a lobbying campaign of the Florida Gas Association, urging support for a proposal in that state that would stop cities from passing gas bans.

No state has passed a statewide ban on new gas. But the California Energy Commission is in the process of updating the state’s building code, which could include such a ban.

The Washington Legislature this session considered a measure that initially included a ban on gas heat in new construction starting in 2030, but the bill failed to move out of the state House Appropriations Committee after running into strong opposition from the gas industry, some unions and other opponents.

Charlie Spatz, a researcher for the nonprofit Climate Investigations Center, has been closely monitoring the activity in state governments and by industry groups. He said the most common predictor of whether a state will restrict the bans is the presence of a Republican “trifecta,” where the party controls both houses of the Legislature and the governor’s office. The gas industry wants to pass the laws in states friendly to fossil fuels to support a narrative that gas bans are isolated to liberal states.

“It’s all about momentum at the end of the day,” Spatz said. “They are scrambling to tell a story to investors that, ‘We have it under control.’”

The gas industry, through the American Gas Association and regional groups like the Northwest Gas Association in the Pacific Northwest, has responded to the legislative challenges by downplaying the environmental harm of gas, and pledging instead to drastically cut emissions by mixing cleaner fuels with fossil gas and doing a better job of plugging leaks in the gas supply chain.

Behind the public messages is a lobbying machine that is working alongside gas utilities and related businesses to fight gas bans in cities, and to get state lawmakers to pass limits on the bans.

“It has become clear in the last six months that electrification is an existential issue that will be with the industry for a long time,” said a March 2020 memo from leaders of the Hearth, Patio & Barbecue Association, a trade group for companies whose products include gas fireplaces and firepits, comments that were first reported by The Guardian.

The industry has the advantage of incumbency as the most common heating fuel in the United States, serving 48% of households, a market share that gives consumers a familiarity with gas they don’t have with coal.

“In spite of the discussion, and some of the political rhetoric about the end of natural gas, you’d have to have a pretty abrupt turnaround from how things have been going,” said Erin Blanton, a senior research scholar focusing on natural gas at Columbia University’s Center on Global Energy Policy.

But some of the leading supporters of gas bans aren’t saying the turnaround will be abrupt. Mark Kresowik, a deputy director of the Sierra Club’s Beyond Coal Campaign, said the activity in cities and states is an early sign of a shift away from natural gas.

“This is the start of the end of gas,” he said.

He is talking about actions in those places to embrace the electrification of buildings, which include but are not limited to gas bans. For example, Massachusetts Gov. Charlie Baker, a Republican, issued a plan for getting to net-zero emissions by 2050 that said, “Electrification of space and water heating is a low-risk, cost-effective strategy for decarbonizing.”

Colorado and New York are two other states that have indicated a preference for all-electric buildings and are working to translate that into policy.

Many of the priorities being discussed are not as easily summarized or demonized as gas bans, and they show a direction that is difficult to reconcile with the gas industry’s most optimistic descriptions of its future.