Like countless other food and alcohol businesses, Matthews Winery had to pivot during the most restricted times of the pandemic.

Customers could no longer stop in the tasting room just outside Woodinville, so the owners moved to a reservation system. Workers made boxed dinners for curbside pickup. Fewer people could be at the property at one time, though that ended up being a positive aspect. 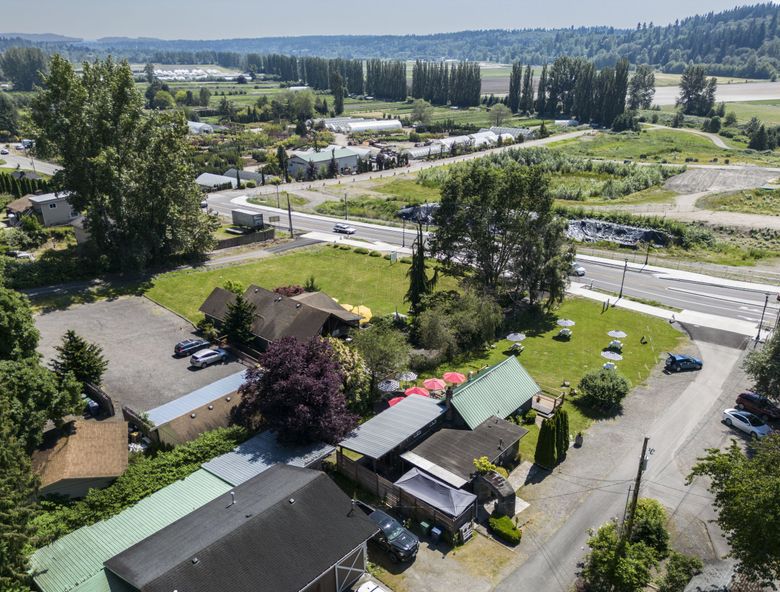 “The people who did wine tastings were able to spend more time individually, and educating them on the wine, so we had a great experience,” owner Cliff Otis said.

But Matthews Winery isn’t sure it can survive the latest pivot that may be required as part of a proposed Metropolitan King County Council ordinance related to wineries, distilleries and breweries that operate outside city limits. Under the proposed ordinance, Matthews Winery would need to add multiple stages of production on-site, among other changes associated with sales and daily operations.

In total, 41 wineries, distilleries and breweries in the Sammamish and Snoqualmie valleys and Enumclaw area are affected by the proposed ordinance.

The Tuesday vote comes amid a yearslong legal and political battle that has swirled throughout the county, but especially in Woodinville, a hub for oenophiles and tourists who flock to the approximately 130 wineries, microbreweries and cideries in the area.

For years, some businesses operated in unincorporated areas in a zoning-law gray area dubbed by one Metropolitan councilmember as the “Wild West” that was rarely enforced by King County. Owners and their supporters say they’re small, family-owned operations that enjoy symbiotic relationships with the neighboring farms and communities. Opponents like the well-organized Friends of Sammamish Valley group say allowing these adult beverage businesses to exist threatens rural areas and sets a dangerous precedent for urban sprawl.

“This isn’t just about Sammamish Valley, this is about the entire county,” said Serena Glover, Friends of Sammamish Valley founder. ”You will see strips of these guys all the way up and down Highway 18, I-90. This is going to be a field day.”

At a recent public hearing, the two sides presented vastly different outlooks on what the future of these businesses should entail. But did agree on one thing: that councilmembers should vote “no” on the ordinance. Supporters say the proposed requirements are too restrictive, while opponents think they should be shut down entirely.

The ordinance is sponsored by Councilmember Sarah Perry, who represents District 3, which includes Woodinville, and took office at the start of this year.

“It’s been frustrating because I came into this on my campaign agreeing that those WBDs [wineries, breweries and distilleries] not producing shouldn’t be allowed to set up shop on unincorporated land,” Perry said. “I never intended to come in and close existing businesses that were legally here. That wasn’t something I was even aware of as an intention until I took office.”

A previous ordinance, passed in December 2019, redefined how the counties regulated these businesses, updating legislation that had last been passed 16 years prior, before a boom in the region’s population and wine industry. That ordinance was challenged by Friends of Sammamish Valley, the advocacy group Futurewise, nearby farms and residents, to the Growth Management Hearings Board, alleging that it didn’t comply with the Growth Management Act.

The hearings board invalidated the ordinance in this January, finding that the county didn’t disclose the environmental impacts of the legislation, which violated the Growth Management Act and State Environmental Policy Act. The board gave a July 1 deadline for the county to come into compliance.

King County appealed the ruling in King County Superior Court, but the proposed ordinance is meant to comply by the deadline, Perry said. Not doing so could put the county at risk of sanctions from state agencies and make it ineligible for certain types of loans or state grants.

The businesses in the Sammamish and Snoqualmie valleys and Enumclaw area sit on less than .2% of the 171,000 acres in the rural zone, Perry said. Under the proposed ordinance, businesses in agricultural zones would no longer be permitted. Two businesses that produce alcohol on-site are in an agricultural zone; if they were legally established under prior codes then they could be considered “legally nonconforming” and remain open, according to Perry’s office.

Preservation and environmental groups say the impact is far greater, pointing to increased traffic on roads with less infrastructure and the risk of water runoff to Sammamish Valley farms. Plus, Glover said, the businesses can move to urban areas.

Janet Bryan, CFO of Cave B Estate Winery, which has a tasting room on Highway 202 outside Woodinville, says the traffic is caused by the massive growth in the area, not because of their businesses.

“The city of Woodinville has increased, with more tasting rooms and a growth in the residential population, so of course, that is the main thoroughfare, and there’s traffic,” Bryan said. “We are not the problem.”

Perry noted the complexity of the yearslong issue, calling it the “single most complicated legislation” she expects to have for several years.