You know the feeling. That pang of excitement or dread — or a little of both — when you open a weather app on your phone and there it is, staring back at you: a snowflake.

But here in the Puget Sound region, that snowflake can be an unreliable indicator, according to local weather experts.

The best smartphone weather apps rely on information provided by the National Weather Service, the National Oceanic and Atmospheric Administration and satellites. But apps can still vary widely in accuracy.

“I think what happens is that they have computer models spitting out these forecasts seven to 10 days in advance when (forecasts) actually change every six to 12 hours,” said Logan Johnson, meteorologist in charge at the weather service in Seattle. “So, sometimes, the weather systems they are predicting haven’t even formed yet.”

Plus, the hundreds of microclimates in the Pacific Northwest make predicting snow a challenge, Johnson said.

“[Apps are] pretty terrible about things like snow in our region,” said Justin Shaw of the Seattle Weather Blog.

Shaw said that while most apps seem to be fairly good at predicting temperature trends, they don’t take into account the particulars of our geography.

“They don’t factor in that we are sandwiched in between mountains and the very warm Lake Washington and the warm Pacific,” he said, “or that, when it snows here, it is borderline snow. We get 32-degree snow, not 18-degree snow.”

Further, analyses have shown that weather apps tend to err on the side of caution by showcasing whichever possible weather is most likely to affect traffic and safety.

“So, if there is an 80% chance of rain and a 20% chance of snow, they are going to show people the snow so they can’t be blamed for not putting it in the realm of possibilities,” he said. “But one problem is that the flake doesn’t show whether it’ll be one snowflake or a million.”

Like with any smartphone app, users should be wary of the source, said radio forecaster and retired weather-service meteorologist Ted Buehner, who noted it’s often unclear where apps are based and how they acquire information.

Two years ago, Buehner was giving a presentation at a boot camp for emergency-management officials, when someone asked him about weather apps.

“I asked three different people in the audience with Verizon, T-Mobile and AT&T to look up the weather forecast in Renton, and they were all different,” Buehner said.

One person he was teaching ended up tracing the source of the weather app they were using.

“They went all the way back and found out it was among 120 coming from Russia,” Buehner said. “The screaming message is, you have to be careful of where it’s coming from.”

Buehner said he skips the investigation and goes “straight to the source” by bookmarking his location on mobile.weather.gov, the National Weather Service’s forecast page. Johnson, of course, approves.

“We don’t simply regurgitate what the models forecast; we provide the expertise of local meteorologists and take into the account the microclimates,” Johnson said. “We’re trying to provide something that doesn’t change frequently and can be trusted.”

For those who prefer an app over a bookmarked web page, the Weather Channel and Weather Underground are popular options. Together, they generate an average of 25 billion forecasts per day across the world, pulling from nearly 100 different forecast models, said Melissa Medori, a spokesperson for The Weather Company, which is owned by IBM and runs both apps.

That data is then combined with information from other sources — including the weather service, radar, lightning networks, sensors on airplanes and a community of 140,000 personal weather stations — and analyzed using AI, predictive analytics, historical information and more than 180 meteorologists, Medori explained in an email.

CNET News and tech review site Tom’s Guide have both recently rounded up lists of the most reliable weather apps. In addition to The Weather Channel and Weather Underground, those sites recommend Weather Bug, AccuWeather, Dark Sky and Carrot Weather.

But buyer (or rather, user of a free product) beware: Weather apps are among a host of smartphone apps that have been found to sell your location history and other data to advertisers and other third parties.

For example, a 2018 New York Times analysis found that 40 companies received precise location data from the iOS app WeatherBug. An app called Weather-Simple sent personal data to servers in China without users’ permission, according to mobile-fraud investigators at Secure-D, a security platform that processes mobile transactions and blocks malicious apps.

Los Angeles’ city attorney filed a lawsuit last month accusing the Weather Channel app of tricking users into turning on location tracking by implying it would be used only for personalized weather reports when it was also used for marketing (an IBM spokesman told The New York Times its disclosures “are fully appropriate”).

Android phones come with a weather link on the home screen, and iPhones come with a preinstalled weather app. Using those doesn’t seem to pose much of an extra risk; then again, that’s in large part because those two corporations already have so much of your information. 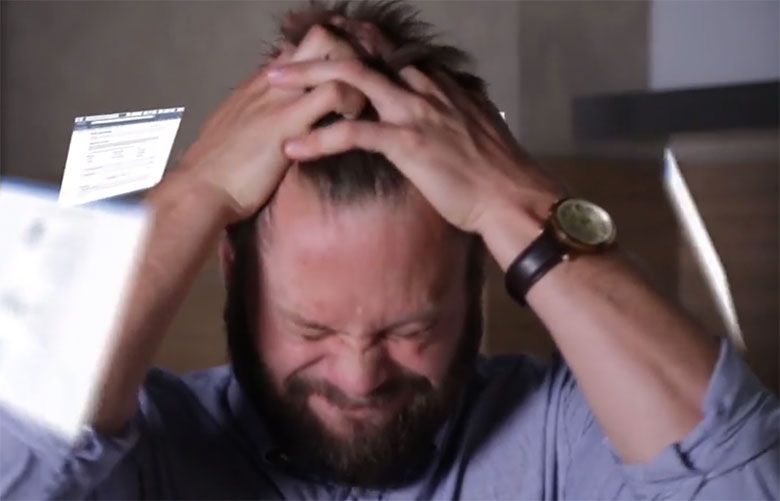