Skip to content
By
Lewis Kamb
and
Jim Brunner

“Hey, it’s Troyer,” the caller greeted a 911 emergency dispatcher over an internal hotline.

Pierce County Sheriff Ed Troyer then proceeded to report that he’d “caught someone in my driveway who just threatened to kill me, and I’ve blocked him in.” 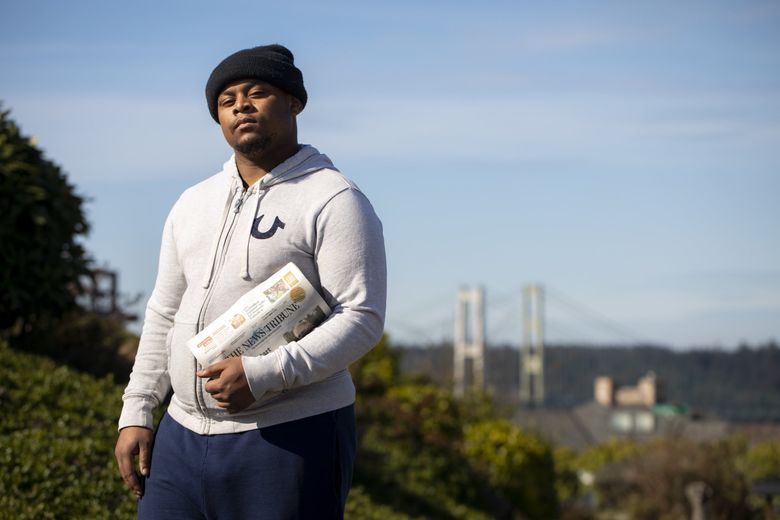 The audio recording of Troyer’s 4:50 second call captures his repeated claims — which he later backed off on — that a man who Troyer suspected was prowling homes in his neighborhood had threatened the sheriff’s life.

“He’s in some sort of gray car, and he was in my driveway and in my neighbor’s driveway, and he knows who I am and he threatened to kill me and I’ve got him blocked in,” Troyer told the dispatcher during the call, a copy of which was obtained by The Seattle Times via a Public Records Act request.

“OK, does he have a gun or anything?” the dispatcher asked.

“I have no idea,” the sheriff responded. “He looks homeless in his car. He was in my driveway and I got in my car and he was in my neighbor’s driveway and tried to get in my garage.”

Even as the dispatcher tried to get more details, South Sound 911 prioritized Troyer’s report as a “Priority 0: Officer Needs Help” call, alerting all 19 law enforcement agencies within the dispatch center’s service area. Only potential mass-casualty events such as a lahar — a mudslide caused by a volcanic eruption — are given a higher priority designation, a dispatcher would later explain to an officer.

“OK, I have units headed your way,” the dispatcher told the sheriff.

“I just need one or two real quick. He was at my neighbor’s houses and climbing all over…” the sheriff said, his voice trailing off.

By then, dispatchers and police personnel were receiving a “tone out” signal across communication channels, alerting them to the high priority call to which 42 police units responded.

“I think they’re coming,” Troyer told the dispatcher. “All right.”

“But stay on the phone with me, OK?” the dispatcher replied.

“Um, I don’t know. Some sort of beat-up truck, old homeless-looking…I gave you the plate number… I’m trying to be polite to him, but he says I’m a racist and wants to kill me, so.”

While Troyer waited in his SUV for police, the dispatcher asked more questions.

“Is anybody else with him, chief?”

“Nope, nope. I’m not mad at him or anything,” Troyer said.

“Did he give you his name or anything?” the dispatcher asked.

“No, he just, he just said that –” the sheriff began. “I was home and saw the lights coming in on the house and everything, and I looked and, he was like pulling in all the driveways. I thought maybe he was one of those guys, that they come to thieve, that has a garage door opener?”

“And so I went out to follow him, and he blocked me out and accosted me and said, `You’re a cop,’ and started threatening me, which is not a big deal, but part of what I deal with now, righ?” Troyer said.

Moments later, Troyer informed the dispatcher Tacoma police had arrived and they ended the call.

Within about five minutes, officers realized the man — who is Black and denied ever threatening Troyer — had been delivering newspapers.

“We do not have a crime at this point,” an officer radioed to a dispatcher at 2:15 a.m. “Just a misunderstanding.”