Records filed in federal court by attorneys for a man who was run down and seriously injured by an Auburn police officer in 2018 show the officer used force dozens of times during arrests in addition to killing three people during his 12-year career.

Police Officer Jeffrey Nelson, 41, was charged Thursday with murder and assault in connection with one of those killings, the May 31, 2019, shooting death of 26-year-old Jesse Sarey. Nelson becomes the first police officer charged under a new Washington statute intended to remove legal barriers from charging police for wrongly killing someone.

The documents were filed by federal public defender Mohammad Ali Hamoudi in the prosecution of Joseph Loren Allen, who had both ankles broken and his shoulder dislocated when he was run down by a patrol car driven by Nelson in an Auburn parking lot. Allen, who was charged with drug and gun crimes in federal court, unsuccessfully tried to have his charges thrown out by claiming Nelson had used excessive force during his arrest.

While Allen pleaded guilty before the judge made that decision, Hamoudi was able to obtain more than 440 pages of personnel and discipline files for Nelson, and created an eight-page list detailing 65 incidents from 2011 through 2018 where Nelson used force during arrests, often for nonviolent misdemeanors or other minor crimes, or was offered up for discipline. Records for Nelson’s first three years at the department were not provided, according to the document.

Many of the incidents involve dog bites, since Nelson worked as a K-9 officer. Others involved his frequent use of lateral vascular neck restraints, a hold that restricts blood flow to the brain, causing unconsciousness; however the list indicates Nelson has also used a Taser, his fists, his feet and resorted to shooting.

Among the incidents cited in the court documents:

“In short, the records show that Nelson has a penchant toward violence and that the Auburn Police Department has been aware of it for some time,” Hamoudi wrote in a sentencing memorandum for Allen, who pleaded guilty and was sentenced to 84 months in prison. 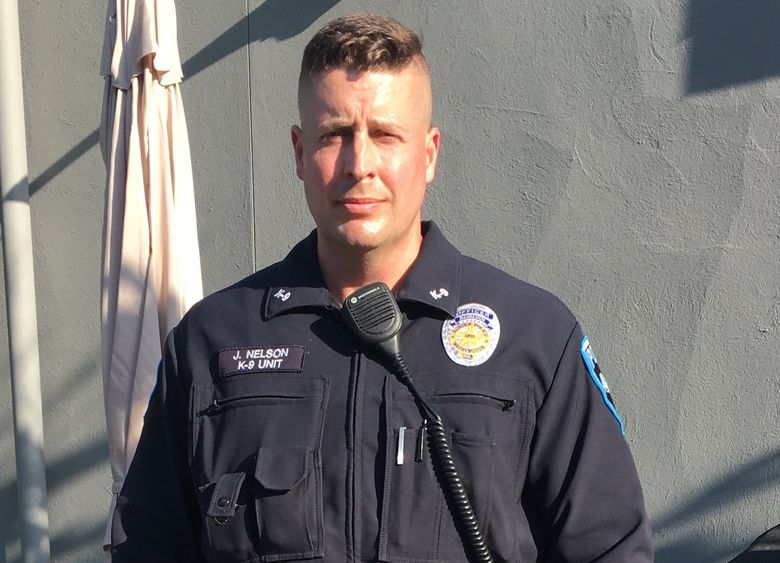 “The sheer number of instances involving violence is so high that it undermines Nelson’s credibility when he claims that he was acting reasonably when he attempted to kill Allen” by running him down, the memo says.

The city of Auburn declined to comment, except for a posting on its Facebook page expressing “our sympathy to the Sarey family and the community.”

“We, the City of Auburn, acknowledge that this is an important time to do internal work and reflection coupled with community engagement,” the post said.

Mayor Nancy Backus did not respond to requests for comment made by telephone, email and provided to city spokeswoman Kalyn Brady, who said city officials have been advised by legal counsel not to talk because the Sarey family has given notice that it intends to file a wrongful-death claim against the police department.

The city last week, anticipating the criminal charges against Nelson, paid $1.25 million to settle a civil-rights lawsuit filed by the family of Isaiah Obet, a 25-year-old man shot and killed by Nelson on June 10, 2017. Obet’s family claimed Nelson set his police dog on Obet, who was armed with a small knife and was displaying signs of mental illness, trying to get into a car at an intersection.

The lawsuit alleges that while Obet struggled with the dog, Nelson shot him in the chest with his .45-caliber sidearm, knocking him to the ground. According to the lawsuit: “Lying on the ground, with a bullet in his torso, and a K-9 having mauled him, Isaiah posed no threat to Defendant Nelson or anyone else. Nonetheless, as Isaiah lay on the ground, Defendant Nelson walked over to Isaiah, aimed his gun at him a second time, and fired a shot directly into Isaiah’s head as he stood above him.”

Obet was a suspect in a home invasion, and Nelson said Obet was trying to force his way into a car, which had a woman in it. For his actions that day, the department awarded Nelson its Medal of Valor for thwarting the carjacking.

Nelson is charged with shooting Sarey after responding to reports of disorderly conduct involving a man acting strangely and throwing items at cars and kicking buildings. Nelson got into a physical fight with Sarey, and claimed Sarey tried to grab a folding knife out of his vest and tried to get his gun.

According to witnesses and video of the shooting, Sarey had his back to an ice machine when Nelson shot him in the abdomen and he slumped to the ground. Nelson’s gun malfunctioned, so he cleared the jam and fired a second shot into Sarey’s forehead, 3.4 seconds after firing the first round.

Nelson later said in his July 2, 2019, written statement that he believed Sarey had a knife and posed a threat before firing the first shot, and that Sarey was on his knees in a “squatting fashion … ready to spring forward” before he fired again.

Sarey had a criminal history including several misdemeanors and was wanted for failing to register as a sex offender after being convicted of misdemeanor attempted voyeurism, according to court records. An autopsy showed he was under the influence of methamphetamine.

However, King County prosecutors and their hired experts say the confrontation was a “police-created emergency” and that Nelson escalated the situation and caused the fight that led to Sarey’s death, rather than following policy and training to wait for backup and attempt to calm the situation.

Nelson’s attorney, Alan E. Harvey of Northwest Legal Advocates in Vancouver, said Thursday night that based on the information he has so far, “we’re clearly going to be seeking self-defense” and that the defense will hire its own experts to review the evidence.

“I think my client’s actions were reasonable under the circumstances,” he said.

Brady, the city spokesperson, said all of these incidents occurred on the watch of former Chief William Pierson, who left the department on Nov. 21, 2019, after 30 years in November.

Pierson, contacted at home on Friday, declined to talk about Nelson or the Auburn Police Department, except to say “I don’t think the department has any issues.

“It’s a very good department,” he said. “We just have to let all this play out.”

Pierson said he decided to retire, however, and emails and a severance agreement obtained by The Seattle Times indicate discussions between the chief, the mayor and the head of the city’s human resources department about Pierson possibly returning to the rank of assistant chief.

The city and the chief signed a “separation agreement” in which Pierson was paid $107,000 cash in severance.

The city’s new chief, Daniel O’Neil, declined an interview request made through Brady, who instead pointed to a letter he posted recently on the department’s Web page reflecting on his first six months on the job, at least some of which has been spent dealing with the fallout from the Sarey and Obet killings. The department, he wrote, is focusing on recruitment, training and use of force.

“I recently made a public statement reminding our community that the use of excessive force is not tolerated by the Auburn Police Department and that I expect all officers to treat every person they encounter with respect and dignity,” the chief wrote.