The Aug. 3 primary gives Seattle voters a chance to decide which mayoral candidates will advance to the general election and who will face off in two citywide council races.

Ballots were mailed to voters in July. They must be postmarked by Tuesday, Aug. 3, or deposited in an official drop box by 8 p.m. Aug. 3. Postage is not required.

There are several ways to return your ballot: by mail, at a ballot drop box or at an accessible voting site if you need assistance.

Here’s what you need to know about the Aug. 3 primary election in the Seattle area.

With Mayor Jenny Durkan not seeking reelection, more than a dozen candidates filed for Aug. 3’s primary election, including contenders with experience in politics, architecture, economic development and business.

Complete coverage of the Aug. 3 primary 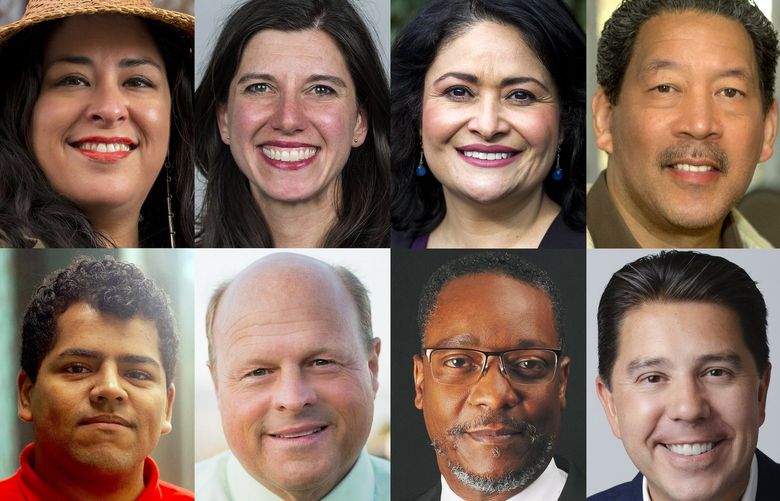 Two citywide Seattle City Council seats are up for election this year, with one race more competitive than the other.

The Position 8 incumbent Teresa Mosqueda has raised more than any of the 10 challengers she is facing.

There are seven candidates for the Position 9 seat that González is leaving, with 2017 mayoral candidate Nikkita Oliver, González aide Brianna Thomas and brewery owner Sara Nelson the likely contenders.

For more information about voting, ballot drop boxes, accessible voting and online ballots, contact your county elections office. Ballots are due by 8 p.m. on Nov. 2.

Seattle City Attorney Pete Holmes, seeking a fourth term, is being challenged by public defender Nicole Thomas-Kennedy and Ann Davison, who ran unsuccessfully for City Council and then as a Republican for lieutenant governor.

King County voters will decide on a proposed extension and expansion of the Best Starts for Kids levy, which has given hundreds of millions of dollars to 570 programs over the last five years, in an effort to foster children’s development by supporting wide-ranging early-intervention programs.

Metropolitan King County Council members in Districts 1, 3, 5, 7 and 9 are in competitive races for those seats.

The top two vote-getters in the Aug. 3 primary in each race will advance to the Nov. 2 general election.