The FBI is pursuing evidence suggesting that the longtime suspect in the 2001 shooting death of federal prosecutor Thomas Wales enlisted the help of a notorious drug cartel to arrange the killing, according to sources familiar with the case.

If authorities can prove the link, the development could break the alibi of the man the FBI has focused on as a primary suspect almost since the day Wales was killed — a commercial airline pilot who held a grudge against Wales.

At the same time, the theory adds layers of complication to the case: It’s possible the man agents believe pulled the trigger — a low-level career criminal from Snohomish County recruited to pay off a drug debt — didn’t know who ordered the hit, who he killed, or why.

For 20 years now — Monday is the anniversary — a task force of agents, detectives and special prosecutors have played a marathon game of cat-and-mouse with the pilot, unable to get past his alibi: that he was miles away at his home in Beaux Arts Village near Bellevue and on the telephone when Wales was shot.

Agents have searched his homes repeatedly, had him pulled from the cockpit, dragged friends and family before a grand jury, run an undercover sting operation, and offered a $1.5 million reward. They’ve spent years tracking the buyers of custom gun barrels connected to the crime scene, and pressured and even indicted people they believe were bit players in the plot in hopes of breaking the case, but to no avail.

Wales, a 49-year-old white-collar prosecutor, father and gun-safety advocate, was writing emails at a basement computer the night of Oct. 11, 2001, when someone slipped into his Queen Anne backyard and shot him repeatedly through a window, then fled.

If the killing was related to his job, Wales would be the first line-of-duty murder of a federal prosecutor in U.S. history.

Investigators are now drafting a memo detailing their theory and evidence to special prosecutor Steve Clymer — who heads the criminal division at the U.S. Attorney’s Office in Albany, N.Y. — with an eye toward bringing criminal charges against an array of individuals suspected of direct involvement in the killing or obstructing investigators.

The FBI in recent years concluded that the Wales killing was a revenge hit, carried out on behalf of the commercial airline pilot who was once prosecuted by Wales for fraud. Since then, agents have focused on a “small group” of individuals, most living in Snohomish County, who they believe have knowledge of the killing.

The connection between the pilot and the group had been elusive, but the FBI and federal prosecutors now are looking at the pilot’s suspected connection to the powerful Sinaloa Mexican drug cartel as the common denominator. The cartel has long been active in the illicit drug trade in Western Washington, according to federal prosecutors and the Drug Enforcement Administration.

The pilot, they believe, had been smuggling drugs for the cartel and sought its help in finding someone to kill Wales for him, said the sources, who spoke on condition of anonymity because they were not authorized to discuss the case publicly.

The pilot, who now lives in Delaware, did not return numerous messages left on his cellphone. He has never spoken to the FBI or commented publicly on the case. His lawyer told The New Yorker in a 2007 article that his client was innocent and that “Tom Wales was liked by everyone, including us … We were not mad at him.”

Wales had prosecuted the pilot and his business partners in 2000 for illegally altering a military-surplus helicopter for civilian use, allegedly violating Federal Aviation Administration policy and safety rules.

However, the case collapsed when a FAA expert disputed the government’s theory. After nearly two years under the threat of felony convictions, charges against the pilot and his co-defendants were dismissed and the case resolved after their companies pleaded guilty to violating FAA procedures.

Afterward, the pilot sued the government, claiming he had been wrongfully prosecuted and forced to spend $125,000 in legal fees. He contended the case had been constantly on his mind and affected him emotionally. 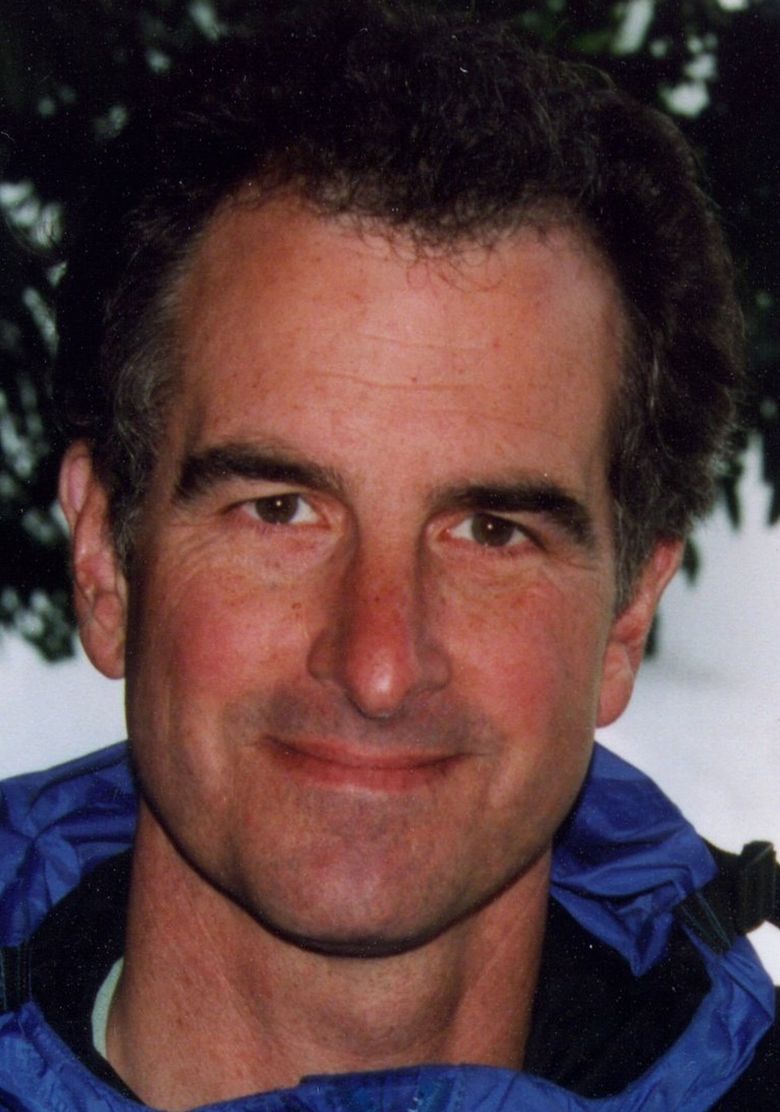 The unsolved killing of Thomas Wales

Federal attorneys disputed the claims, saying two people had described the pilot as having a “violent and retributive nature.” His suit, pending when Wales was killed, later was dismissed.

News reports after Wales was shot noted that US Air, which merged with American Airlines, wrote a letter dated Dec. 20, 2001, grounding the pilot after being alerted that he was a “person of interest” in a homicide and that he was suspected of transporting illicit drugs on US Airways planes.

Initially, the FBI pursued a theory that the pilot had shot Wales, but he had what appeared to be an alibi — that he was at home at the time of the shooting, on the phone, talking with someone who could verify the conversation.

No criminal charges were filed and the pilot was eventually allowed to fly again.

The FBI has put immense resources into the case over the past 20 years: The investigation has been given “special case” status — with a full-time dedicated task force, special funding and a name (SEAPROM, which stands for Seattle Prosecutor Murder).

In a statement issued this past week, the FBI said the investigation of the Wales killing remains “a top priority” and that task force investigators have followed “thousands of investigative leads.”

In 2019, the Department of Justice indicted Shawna Reid, a 36-year-old Marysville woman who, as a teenager, was involved with a man agents believe acted as a lookout for the killer the night Wales was shot. It was hoped that Reid’s prosecution for lying to a grand jury investigating the Wales killing would shake loose additional information or witnesses. However, missteps by prosecutors and Reid’s long history of personal problems and drug use undermined the case. She pleaded guilty to a misdemeanor earlier this year.

Even so, the FBI now believes it knows who shot Wales and how the killing came about. Despite the apparently fruitless Reid prosecution, the sources say the case remains solvable and that these developments have breathed life into an investigation that has, as one former FBI official said years ago, seemed “snakebit” from the outset.

Investigators are looking at a local drug distribution ring centered in Kitsap County, just across Puget Sound, that they believe provides the link between the pilot and Wales’ killing.

The drug ring was broken up in 2002 and its two main distributors, both Mexican nationals, were prosecuted in federal court, sent to prison and deported.

The FBI believes the suspected shooter was recruited to kill Wales after the pilot reached out to his alleged cartel contacts seeking retribution for the failed fraud prosecution. The man, now 52 years old and living in Snohomish County, did not return numerous telephone messages seeking comment.

Among those involved in the drug ring was Jeffrey Shauers, a former midlevel distributor who court records show became a confidential informant and testified against the two Mexican drug importers.

Shauers, now 54, has a connection to the man agents believe shot Wales: About five months before the shooting, that man had stolen drug money and a truck from Shauers, according to sources and court records. Shauers said he believed his former acquaintance capable of killing Wales.

Shauers denies any involvement in Wales’ killing and law enforcement has not named him as a suspect. Shauers’ ex-wife, who was married to him at the time, said she has been interviewed by the FBI multiple times.

In May 2001, documents show, Shauers reported the truck theft to the local sheriff’s office, saying the man had visited his home with another acquaintance who was babysitting Shauers’ children while he and his then-wife, Teresa, went out for the evening.

Shauers said he left the key to his pickup because the sitter’s car had a flat tire and he wanted him to have transportation in case of an emergency. When the couple returned, the pickup and visitor were gone, Shauers told the deputy.

The sitter told Shauers that the visitor planned to drive the pickup to a store to get baby formula, according to the sheriff’s report. The visitor didn’t return or call, Shauers told the deputy.

In a phone interview, Shauers told The Seattle Times the man also stole $10,000 to $15,000 in illegal drug proceeds from him, which he didn’t report to the sheriff’s office. Teresa Shauers, in an interview, said she believes the amount of money may have been higher. His current wife, Angela Shauers, said it was $25,000.

According to a trial transcript in the federal case against the two Mexican distributors, Shauers acknowledged moving as much as 30 pounds of methamphetamine over an eight-month period for their operation. He paid more than $165,000 for it and sold it for significantly more.

In exchange for his cooperation, Shauers was prosecuted in state court and received a 4 1/2-year prison sentence, roughly half of the 10-year maximum for methamphetamine distribution.

Douglas James Hill was working as a special assistant U.S. attorney focusing on drug and gun cases at the time and prosecuted the case. He said those amounts of drugs indicated the men “had a direct pipeline” from large-scale Mexican drug manufacturers and distributors, almost all run by drug cartels.

The two ringleaders from Mexico served long prison terms for drug trafficking — one received a 14-year sentence, the other 10 years — before being deported. Neither cooperated with the task force.

Jeffrey Shauers said he met the man who stole his truck and drug money while serving time at the now-closed McNeil Island prison in the late 1990s and, after each was released, they became friends who “used and sold drugs.”

Shauers said he has not seen the man since the thefts and remained bitter over the incident.

Now living in Kennewick, Shauers said he has put his criminal life behind him and works as a manager for a large construction company.

Jeffrey Shauers’ ex-wife, Teresa Shauers, said she has been questioned by federal agents from the Wales task force at least three times, dating back to 2012, and at one point agents offered to help her with an unrelated criminal case if she cooperated.

She accused the FBI of “trying to pin” the Wales homicide on her ex-husband. She doubts his involvement, but said she believes the man who stole his truck and money — the man the FBI believes pulled the trigger — is capable of violence.

Jeffrey Shauers also said an FBI sketch made public on the fifth anniversary of the killing bears a remarkable resemblance to his former acquaintance.

In 2004, agents learned that shortly before Wales was killed, one of his neighbors had reported a suspicious man in the area. In the immediate aftermath of the killing, the information had fallen through the cracks, sources told The Seattle Times in 2019.

Investigators contacted the neighbor, who helped them produce the sketch of a man seen pulling a black nylon suitcase in Wales’ neighborhood weeks before Wales was killed. The man was described as in his late 30s or early 40s, with a slim build, black hair, tobacco-stained teeth and a chipped left front tooth.

At first, the sketch wasn’t seen as important. But over time it has become crucial to the case and is now seen as a possible link between the killing on Queen Anne Hill and the Snohomish County man.

Sources have told The Times the FBI has information that the killer left the neighborhood by bike after Wales was shot.