Skip to content
By
Tyrone Beason
The Seattle Times

WASHINGTON STATE POET LAUREATE Claudia Castro Luna might have titled her book of poems honoring the murdered and disappeared women of Ciudad Juárez, Mexico, “Killing Marías,” but her collection of tributes breathes life into their hardships.

This story was produced in partnership with the Pulitzer Center for Crisis Reporting and the International Women's Media Foundation.

Castro Luna says that as a woman, and a Latina whose family migrated to the United States from El Salvador when she was a girl, she feels an “allegiance” to the women portrayed in her verse.

Hundreds, and by some estimates thousands, of women have been killed or abducted in Juárez since the 1990s. Many of the crimes remain unsolved.

Castro Luna says she will donate the proceeds from the book to Justicia para Nuestras Hijas (Justice for Our Daughters) — founded by Norma Ledezma Ortega, who lost her 16-year-old daughter Paloma in 2002.

In her research for her book, Castro Luna discovered that many of the victims were named “María.”

That struck her, because while “María” is a common middle name for women in Latin America, including in her home country of El Salvador, it’s not as often used as a first name.

What’s more, in her homeland, the name “María” is thought of as a name for a servant, so it connotes someone of a more modest economic class.

But “María” has another, more exalted meaning, Castro Luna told me when we met to talk about the poems: “ ‘María’ is also the name of the Virgin Mary.”

Poetry can crystallize an emotion or an idea in only a few words, and it’s especially useful when the depths of the human experience leave us feeling as if there’s nothing we can say.

While Castro Luna didn’t know any of the women, “Killing Marías” helps her, and us, understand the unspeakable loss that those who did know them must feel. Thinking about what these women went through, Castro Luna couldn’t help but identify with them and think of their plight as a common one among Latina women. She could’ve been the one who disappeared, or maybe someone she knew.

The poems turn the ugly tragedy of their deaths and disappearances into beautiful acknowledgments.

The poem “María Eugenia Harvest Tower,” for instance, is brief and searing:

María, your rose/ on a shallow grave/ the desert refused/ to swallow your dew

Seeing the connection between the name María and Catholicism, Castro Luna derived each title from lines in the Catholic Litany of the Blessed Virgin Mary.

“My hope is that this weaving of flesh and spirit creates a covenant of love and a place of survival and allegiance,” Castro Luna says. 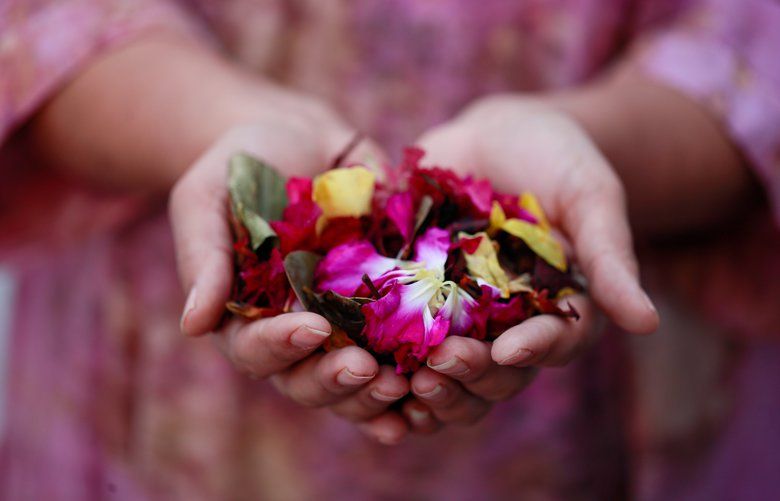 Immerse yourself in scenes from Juárez in 'Disappearing Daughters'

VIOLENCE AGAINST WOMEN in Mexico, and throughout Latin America, is a tragic, but not-new phenomenon. That’s true globally, and the phenomenon also is a major, tragic and not-new issue in the United States. What’s been happening in Juárez, however, represents a deeper level of cruelty and debasement.

The killings of women there in many cases were preceded by sexual torture and mutilation. Because of the gender-based nature of the violence, the killings have been dubbed “femicides.”

I found 65 “Marías” on a 2008 research database called “The Dead Women,” which was compiled using different lists of victims posted online, as well as biographical information gathered by the organization Casa Amiga and news outlets. It is by far the most common name among the victims listed.

The details of many of these rapes and killings are so graphic that reading about them turned my stomach.

Activists in Juárez long have complained of a culture of impunity for the killers because of inept or indifferent police officials. In many cases, the suspects were boyfriends, husbands or other family members, as well as unknown assailants.

“The Juárez authorities devoted little time investigating the crimes; they lost or misplaced reports and even bones of some of the victims,” says a report in ReVista, Harvard University’s publication on Latin American affairs.

The report goes on to say that the failure in Mexico to punish crimes of all kinds has become “the most important public issue in the country today.”

Juárez, twin city to El Paso, Texas, its American neighbor across the Rio Grande, had been making progress for the better part of a decade until local authorities saw an uptick in drug cartel-related violence in 2018.

Its location next to the U.S./Mexico border makes its gender-based violence even more distinct.

The city is home to many U.S.-owned factories, known as maquiladoras, whose assembly lines turn out everything from auto parts and medical equipment to home appliances and toys.

The wages are abysmal, typically $4 to $10 a day. Maquiladora workers are among the lowest-paid factory employees in Mexico, according to the Hunt Institute for Global Competitiveness at the University of Texas-El Paso.

There have been walkouts and other protests over low pay, dangerous working conditions and sexual harassment on assembly lines, but organizers face stiff resistance from employers.

WOMEN BEAR MUCH of the burden of the social and economic conditions of working-class Juárez.

In the 1960s and ’70s, the vast majority of workers in these factories were women, and they still make up a major share of the industrial labor force in Juárez. Many of these women moved to Juárez from poorer parts of Mexico in search of stable and more lucrative jobs.

But to reach these factories, women have to commute some distance, putting them at greater risk for harassment, kidnapping, rape and homicide. Among the femicide victims are many women who are thought to have worked at the factories.

While women of all backgrounds in Juárez are vulnerable, “It’s easier to be targeted when you have little resources,” Castro Luna says.

As far back as the 1990s, the mothers of victims, along with other advocates, were organizing to draw public attention to the killings of young women in particular and to press authorities to more aggressively investigate cases.

But the killings haven’t stopped. Neither have the remembrances.

Castro Luna, who was Seattle’s first Civic Poet, from 2015 to 2017, and the founder of Seattle Poetic Grid, wants readers to think about how their own choices as consumers of products made in conflict zones and dangerous places like Juárez might contribute, in an indirect way, to the hardships of workers such as the female factory employees at the maquiladoras.

As she wrote the poems, she also felt a desire to seek vengeance against their killers. There’s an unmistakable edginess to some of the poems, but the overall impression is of a writer searching her own spirit for a way to conjure that of her subjects.

“I tried in some poems to calibrate the tenderest, sweetest poems that I could muster to counteract the violence that they suffered,” Castro Luna says.

They say we live/ on either side of a border

I say that’s fodder/ for a sexist imagination

and beads on a Rosary strand

interlinked we are rain, dust, stars

Lines like these, in this case from the poem “María Santos Sweetest Apple,” link us to strangers we only get to know by their shared first name.

But we’re connected to them in more ways than we realize.

Tyrone Beason is a reporter for the Los Angeles Times. Previously, he was a Seattle Times columnist and Pacific NW magazine reporter. Erika Schultz is a Seattle Times staff photographer.
Advertising