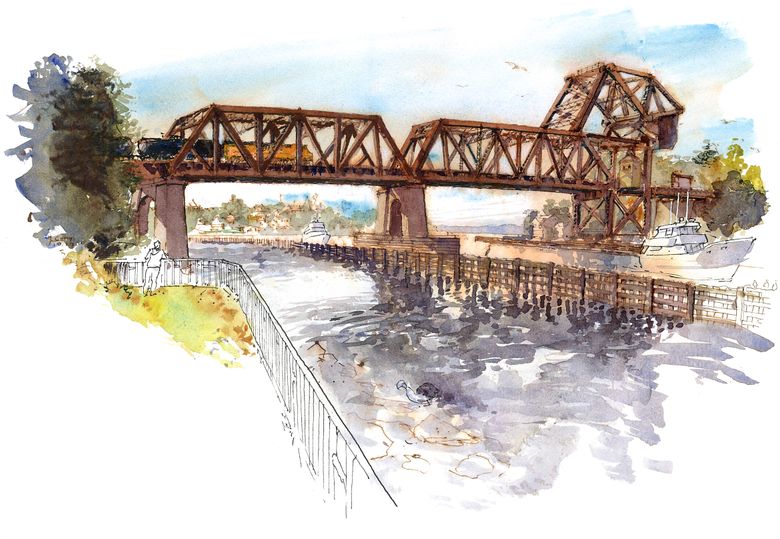 The aging Salmon Bay Bridge stands as a tribute to endurance — and, now, as a path to the future

SOME PARTS OF Seattle are changing fast, but others still look as picturesque as they did on postcards from the early 1900s.

Take this view of the historical Salmon Bay Bridge from Commodore Park in Magnolia. I found it quite relaxing to contemplate a transportation scene where trains and boats rule, a throwback to the times of slow travel. Another plus of my visit: I saw a seal that popped up from the water and snatched a salmon in the blink of an eye.

The aging railroad bridge, in service since 1914, is due for some heavy maintenance. But here’s the good news: BNSF Railway recently announced that it won’t need to be fully replaced with a vertical-lift span, as it once considered. According to the company, the new approach to upgrade the counterweight system “will keep the majority of the Salmon Bay Rail Bridge — which is in good condition — intact.”

I’m glad the old jackknife-style drawbridge can remain in place. Whether it’s propped open to allow maritime traffic, or down to let trains cross over the Lake Washington Ship Canal, its presence reminds us of the importance of things that are built to last.